It's a few days late, but I have new tunes released. I call this collection "vg" (short for "video game"). I wanted to see if I could make some fifth generation console style music, and I think it came out rather well. Were I to put this video game style music to a genre, it would probably be a racing-type game. The music is available for download now on the music page.

Edit: I've added some more info on why I did this release, along with some technical info on the Alesis Fusion 6HD.

Okay, first question, why did I do up a release of some electronica video game music?

First, because I could. The Fusion has some ultra-fat analog synth sounds, as in true electronic style. I absolutely adore the "TranceForce" sound along with "Slick Lead" for the leads. What a combo. When I listen to them put together it's a power package.

Second, I like to sometimes purposely "degrade" the mix to only use a spartan set of sounds to create a song. As anyone who knows video games is aware, the older game console systems had to use a MIDI or MIDI-like sound engine (i.e. the sound chip) embedded in the game console. Sampling just didn't happen because the engine wasn't powerful enough to do that. As such, the guys who programmed the music for the older systems had to be really creative to make good music. What would happen is that they would take the same sounds and just made do with what they had. This is what I did with vg.

Second question (the tech part), how did I go about creating this stuff on the Alesis Fusion 6HD?

This is best answered in parts, Q/A style.

Did I use the internal sequencer? Yes. That's all I use.

Did I use the stock sound set? Yes. I do not have any additional sound libraries currently installed in my Fusion.

Are there any effects present? Yes. I used delays, but no reverb. In some parts I also used a very mild chorus effect.

If there are any other Fusion-specific questions anyone has, please feel free to e-mail and ask. 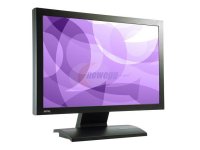 I just ordered my present-to-me for the holidays, a BenQ FP202W from NewEgg. Price: $260. Some might say Isn't that a bit expensive for a computer monitor? Actually, no.

The lowest priced 19-inch LCD monitor I could find at any retailer: $325.

The lowest priced LCD (of same size) television I could find at any retailer: $400 (rip-off!)

This will be fine'n'dandy for my computing stuff (obviously) and watching DVD's, too.

As long as it doesn't arrive with any dead/stuck pixels, I'll be a happy guy. According to the reviews on the product, very few people had theirs arrive with that defect, so I'm confident mine will be a-okay. Hopefully. 🙂

I'd never thought I'd see the day where I'd be using an over-20-inch computer monitor. But hey, it's just the right size for movie watching at a distance and regular computer stuff, so.. why not? 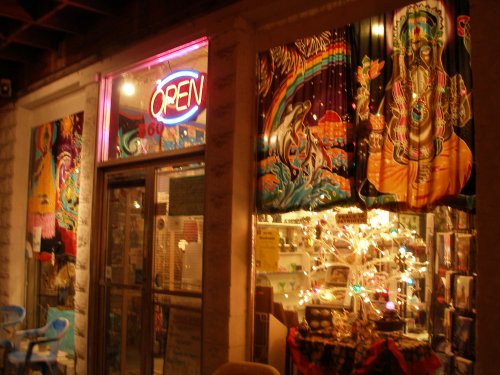 I entitled this one "visually unappealing" because I have a photo showing the place I went to yesterday, but unfortunately I forgot to bring the stupid cable for my digital camera to transfer files to my computer once again. I'm in Inverness, the cable is in Tampa. So... you will have to wait until I get back to Tampa to see the photo. Edit: Photo added. See above.

Until then, here's a short description of what happened (can you feel the excitement?) 🙂

Arrived in Inverness yesterday at my Pop's place around 7am. Then went to get my oil changed. During the time that was happening I called a friend I was supposed to meet up with so we could do some shopping. Went home, took a shower, laid down for a minute and then...

(It should be noted, when one has just taken a shower, and then lies down for a moment, it's just all too easy to fall asleep.)

Woke up eight hours later, then felt really guilty because I said I was going to go do shopping with the aforementioned friend but snoozed instead. Called her up, explained why I didn't show up, and she was very understanding and said it was okay.

However, all was not lost. It was 5pm and I asked her to call the place we were going to visit to see if they were still open.

Success! They were open until 6:30pm. I got myself together, picked her up, and we made it around 6:10pm - so by the lucky stars I was able to narrowly save the day in that respect. 🙂

The shop we went to was called "Magical Senses"; a small shop in Crystal River Florida that has lots of magic/mystical things, like incense, crystal balls, magic stones, books and so on. It was a neat little shop. I took a photo of the storefront (which is the pic I wanted to show here but can't right now), and even the entrance looks interesting.

In other news: Later today I will be heading back to Tampa. I have my new music almost finished, and I will be able to post the photo then.