the perils of dvd menu creation and other random crap

how long does it take...

How long does it take to do something as simple as make a DVD menu (for a project I'm working on for work)?

looks like another cold vernal equinox in the north

Judging by what I've been reading on blogs authored by my New Englander friends that live in New England (obviously), every last one o' them is praying for a volcano to erupt in the center of town so the cold just goes away. Figuratively speaking.

it's still a mystery to me

To this day, I absolutely cannot understand why people cannot remember that www.menga.net is the address of this web site. Moreover, people I know personally can't remember it either. Actually, hang on.. that's not entirely true. Some do remember. But some still don't.

It stands to reason that if you've been to a web site more than ten times, you'll probably remember its address unless it has a really long weird-ass name to it. But mine doesn't. Menga dot net. That's it. Five letters with a dot-net after it.

I've heard of people having short attention spans, but sheesh..

Maybe if my domain name was www.purplechickensfromouterspace.com it would be more memorable.

You watch. Someone will register that domain now that I've written it on my web site. But it won't be me. 🙂

not that you didn't know this already

Radio Shack sucks. I went there to pick up a part for a friend today. It was 7:55pm. They close at 8pm. Got to the door. Locked. Some college kid behind the counter looked at me, waved his hand under his chin with the "go away - we're closed" maneuver. So I left.

This is yet another reminder never to shop there. It's only a matter of time before that crappy company goes under. I remember when they didn't suck and had electronics for really good prices.

in case you're having a crappy day..

Watch a guy getting blasted with a paintball gun ten times.

Well, I think it's funny.

I've been quite busy lately. This is different for me. As anyone who knows me from the old country (i.e. Connecticut) is aware, I really didn't do much of anything up there. Didn't really feel a want or need to get out. Maybe if I were still there I'd be doing more now due to the fact I have GPS? Probably, but who's to say for sure.

I honestly believe some people would find it shocking, or at least raise an eyebrow, knowing that I actually (gasp) get out from time to time. It's a good thing I document doing stuff by taking photos and placing them here, because there are times I ask myself Did I really do that? Oh, yeah. Guess I did. Cool.

Something I realized today that's obvious but didn't think about until now is that Florida really doesn't have any downtime. You wanna go somewhere? Go. Simple as that. Your only obstacles? Traffic and rain if present. That's it. Other than that, nuttin'.

rich goes to the ren faire

A friend and I went to the Bay Area Renaissance Festival today.

Here's some photos of it. I'll write more about the event itself under these photos. 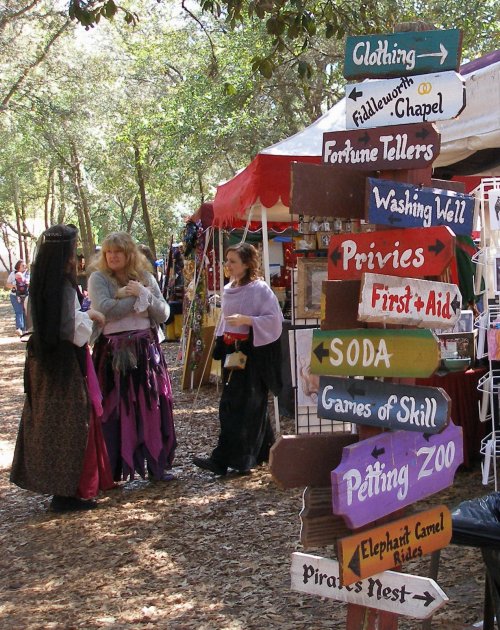 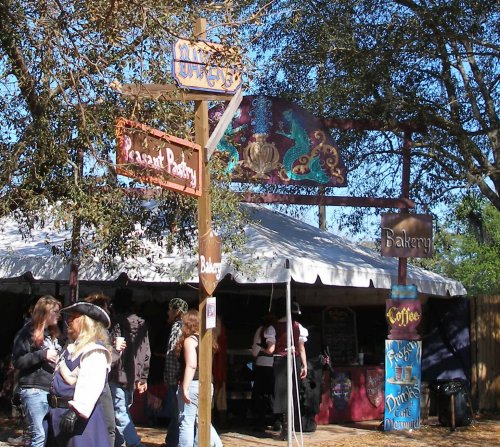 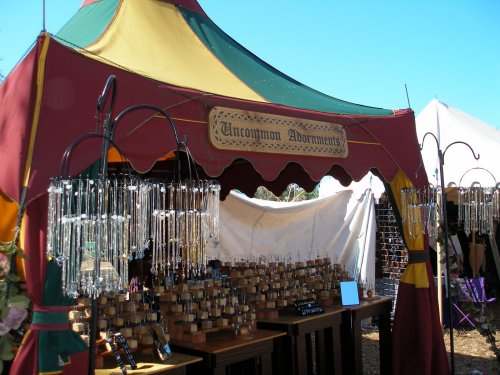 This was my first time visiting one of these "ren faire" things, and here's my impression of it.

If you've got kids, you should definitely take them to one of these. I kind of wish my parents did when I was little. I would have had a blast. No question.

If more girls dressed like maidens, the world would be a happier place. It's the only outfit I know of where I girl can show off her chest without looking like a tart. While it's true you don't see any butt, that's okay. The breasts more than make up for it.

And the stuff they do with their hair is also hot. Lots of things in the hair that give off a nice feminine touch.

Ren faire folk are all friendly, but some like to get in your FACE from time to time. If you're a skittish/shy person, be warned. These people can and do approach. Best thing to do is just keep yer trap shut if you don't know how to deal with them. 🙂

Ren faire is basically just like a county fair, except medieval themed. Other than that there's not too much difference between the two. They're both outdoor events, they both have vendors a-plenty, outdoor shows, live events, rides and the like.

But the girls at Ren Faire look way hotter. 🙂