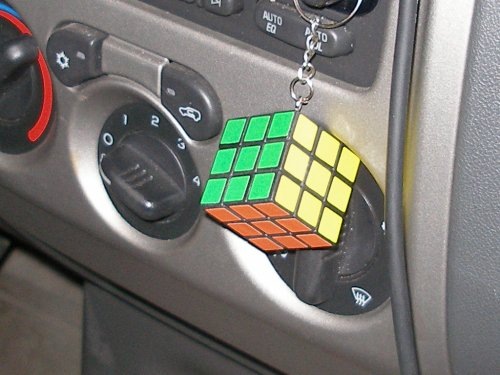 As y'all are aware I posted a video from my March 25 trip to Universal concerning the Back To The Future ride. That ride officially closed on March 30, 2007.

This video has received a lot of hits in a relatively short period of time. That didn't surprise me.

What did surprise me was two things.

1. The outpouring of emotion at this ride's closure.

People hold a very, very strong emotional connection to this ride. I did not know this. To be honest, it's cool that people feel that way because I personally got emotional as I was putting the video together originally. It was like I was saying goodbye forever to a part of my childhood I'll never get back - and that's fairly accurate to say what most other people felt as well.

More than a few comments came thru from others that said in no uncertain terms that some would "never go to Universal again" just because of this ride closure.

Others said BTTF was the best ride at Universal, one of the only reasons for going, and now that it's gone they're never going back.

And yet others have pegged Universal as being "evil" for closing this ride.

I guess I can understand Universal removing old attractions to be replaced with shiny new ones, but I get confused because the Terminator 2 show is still there which for all intents and purposes is just as old - and that's still around.

Personally speaking, I'm not going to bash Universal for doing what they did. Decisions are made in theme parks that I have absolutely no control over, and BTTF had to go for whatever reason. It makes no sense for me to mudsling Universal for that. Instead, I concentrated on the positive, got in there before it closed down and am happy for doing that.

It is better not to use the BTTF ride closure as a rally call to bash Universal. Rather, it's a happy memory for me and I want to remember it fondly - which I do.

a good indication i wrote my profile correctly

First message I received on OKC:

You're an oddity. Such fun!

Hope your world is spinning quite nicely.

And that was it.