Part of the reason playing synth is so cool is because it lights up everywhere. 🙂 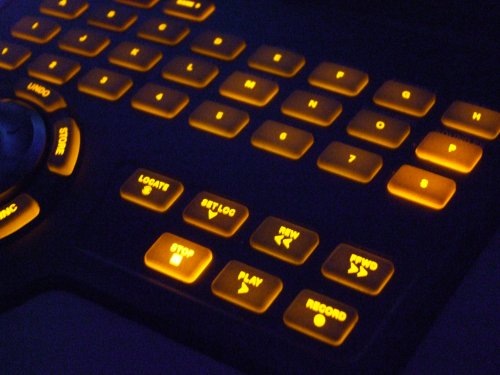 maybe you should unsuck yourself

These days it's more difficult than it used to be to get people to read your web site. This is because people get sucked into one web site and hardly ever venture outside of it.

MySpacers typically do almost all of their communication on that web site. In fact, since I canceled my richmenga account there, several people have flat-out dropped communication with me altogether. It's not that they don't want to communicate, it's that they literally have no clue how to function outside of that web site.

Even if the person doesn't use MySpace, asking someone to send you an e-mail is like pulling teeth.

My response? Screw 'em. E-Mail is easy. Don't know how to use it? Congrats, you're stupid.

In the IRC channel I frequent, someone saw a photo of me, then immediately typed..

WOW YOU ARE OLD!

Depends on who you ask. The chatter in question was in his teens.

Kids, teens and people in their early 20's think I'm an old fart.

People in their late 20's think of me as a sorta/kinda older sibling, if that makes any sense.

People the age of 35 and up think I'm young.

Being in your early 30's means you're not young and not old either. You're in the middle - right before middle age which supposedly starts at 40 and ends at 65 which is "senior" territory. There is no name for the 27-to-35 category of age.

What does this all mean to me?

That's what makes me an adult.