I've always felt that the west coast of Florida (where I live) was always better weather-wise compared to the east. There are certain news reports that prove this to be true..

Yeah, I think it's safe to say I made the right choice by going to Tampa Bay. 🙂 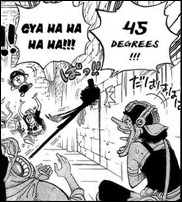 Late last night I went out for a coffee. The temperature outside here in Tampa was about 45° F.

Back where I come from, when the temp was at or above 45° all I'd do is throw on a coat over a t-shirt, get in the truck and go. I wouldn't even bother to wait for the interior to warm up because at worst I'd get some mild shivering for a few minutes.

Same situation after living for three years in Florida:

This time when I did it, the normal mild shivering in the mid-40s temps was outright shaking. Not a constant shake, obviously, but I really noticed it. And my teeth even chattered for a brief moment. This shaking continued until the engine warmed up and the heat started coming out the vents.

Was there anything wrong with me?

What's happened is that I'm not used to cold temperatures any longer. At all.

See, the deal in Tampa Bay is that anything under 65° is cold here. When it's at that temp or lower, people put coats on. Seriously.

There hasn't been any real indicator that my blood has thinned out from Florida weather until now.

This is both good and bad.

It's good because it genuinely proves I have some tenure here. Not a ton of it, but definitely enough to count.

It's bad because I actually took pride in the fact I could do anything at any time of the year here without ever wearing a coat save for maybe 3 days out of the year at most.

This year in particular I have been noticing that I've been wearing a coat more. A lot more. Just like the locals do whenever it dips below 65°.

I suppose I can't consider my reaction to colder temperature "bad", because it was inevitably going to happen. I mean, I do live in a place called The Sunshine State, and it was bound to occur sooner or later I'd get more sensitive to the cold.

The flip side to this is that I can drive during the hotter months when it's 90° out with the window rolled down, no A/C on and feel completely comfortable most of the time. When I first moved here I was blasting the A/C in my truck a lot. These days.. not so much. Sometimes not at all. 🙂

yet another reason why i don't use twitter anymore

Twitter was temporarily hijacked by an Iranian cyber army for about 90 minutes. Lovely.

So... yeah. Not exactly the wonderful system everybody says it is.

What I'm honestly waiting for at this point is for status.net custom mini-networks to come into play. I currently have a name reserved there and when it's available, oh yeah, I'm jumping right on that.

Twitter has totally jumped the shark. When you have people busting the site in VERY grand fashion, I don't think you need any more confirmation than that to realize it sucks. This is crap that used to happen a few years back on MySpace, for crying out loud.

It's time for something newer, better and not prone to being COMPLETELY hacked that brings the service down to its knees.