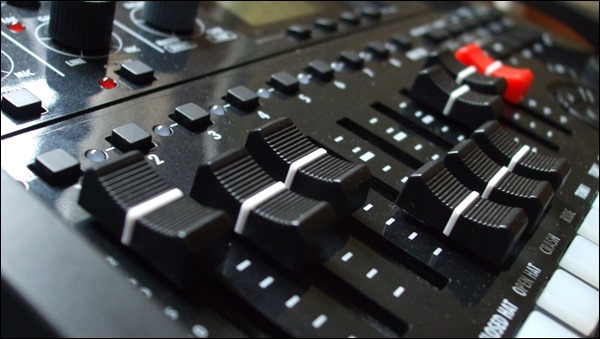 Some fairly major changes have happened recently concerning the gear I own now.

Yep, sold. Been wanting to do this for years and finally got around to it. I didn't make much, but that's okay. The new owner is very happy with it.

This one was traded out. I just never took a liking to this guitar no matter how much I wanted to like it.

Small side note: While the Modern Player Strat HSS gets a "it's okay" review by most people, those who buy the Modern Player Telecaster Plus have nothing but wonderful things to say about it. For whatever reason, Fender is doing Telecasters a lot better than Stratocasters these days. I don't know why exactly, but the Teles always get the more favorable reviews over the Strats.

Officially, I now own 6 guitars, 4 of which are in good working order. The ones that work are my '89 Squier II, 2010 Bullet Strat, 2005 Yamaha RBX170 bass and 2012 Epi Les Paul. The ones that don't work are the '93 Fender USA Standard Stratocaster (the truss rod is busted in the neck), and the Squier Bullet HH which is in pieces that I'm parting out and selling on eBay.

Concerning the '93 USA Strat, eventually I will get a replacement USA neck for it. I just don't feel like spending the $400 to get one (especially since I really don't need it right now). Yeah, I could put a Mexican neck on it and save money that way, but it's a USA guitar, so I'd prefer to have a USA neck on it.

In other words, the '93 USA Strat is the "I'll get to it when I get to it" guitar. 🙂 In addition to the new neck, a new pickup and control set would be going in as well. Around $500 or $600 worth of stuff all together. I'll get to it eventually.

I bought something recently that for me replaces all of those things, a Zoom R8.

Had I known what the R8 was capable of beforehand, I never would have bought the Tascam or the DR-3.

I will have a full review on the R8 soon, but what I can say about it now is that when you use one of those, you literally need nothing else. It has a full effects unit in it with amp modeling, distortion, overdrive, flanger, phaser, delay, wah, reverb, booster, noise reduction filter and more. It has its own drum machine in it. It has a looper. It has 6-band EQ. It is a sampler. There's a lot more to it, but WOW is this thing full of features.

The R8 is the first multi-track I've ever used where you can literally plug in a guitar dry and the unit has enough in it to make any guitar or bass sound great. And with XLR inputs, using a microphone is easy too.

I only have three complaints about the R8. It feels cheap and plasticy, the pad buttons feel weird and it is one of those "submenu hell" type of units (meaning it has a bit of learning curve). But other than that, the R8 does everything right. It is the ultimate sleeper when it comes to home recording.

I'll put it another way. Imagine for a moment if there was one unit you could use where it simply did everything where you need no effect external effect pedals, no mixer, had its own drum machine and all you had to do was plug in a guitar dry and start recording. That's the R8.

Oh, and bonus: No power supply needed. It's powered 100% by USB, which means a cable to the laptop or PC is all that's needed to power it up.

The R8 is not marketed as a multi-track recorder but rather more of an interface. Believe me, it is WAY more than an interface and can do the job on its own in fine style.

More to come on the R8 soon. Possibly with video.

There has never been a guitar I've parted with where I regretted selling or trading in for something else. I've owned some fairly ritzy axes in the past, both electric and acoustic (one of them was an upper-end Ovation Balladeer with a stereo output). Once I decide it's time to get rid of a guitar, I get rid of it and don't look back.

Lots of guys buy guitars but never sell them. Or if they do sell, it's rare when it happens.

The reason some guys hang on to guitars is because of the crapola involved with selling one on eBay.

Important note: What I'm going to tell you below is absolutely not the cheapest way to sell a guitar. Not by a long shot. But it is the easiest.

The crap most people deal with when selling a guitar on eBay, and how to work with it

When you sell a guitar on eBay, you do get screwed because you lose so much by selling there. But once you know all the costs involved, at least you feel more comfortable selling that way if that's what you want to do.

Here's how it works. All the ugly truth of it.

Step 1. Use a gig bag instead of a guitar case no matter what the guitar is

(Tip: If you want extra padding, get the bag for acoustic guitars even if shipping an electric.)

A guitar shipped in a guitar case vs. in a gig bag is the difference between a 18-to-20 pound shipment and a 9-to-12 pound shipment. Use the gig bag to ship with.

If you're thinking, "That's insane!" No, it isn't. All that matters is the bag so the guitar doesn't get scratched up; UPS takes care of the rest. Keep reading.

Always post the listing with free shipping, and adjust your price to accommodate for shipping costs and 13% eBay/PayPal fees you're going to lose. Don't use the eBay shipping calculator because you'll lose money that way. Ship free and adjust price. Why? Because it will make the guitar sell faster.

Step 4. Understand how much it costs to ship from a UPS Store

A guitar in a case will run you somewhere between $100 to $150 to ship. Yes, it will cost that much. A guitar shipped in a gig bag will be around $75 to $90. Obviously, this varies dependent on how far it has to ship.

What you're paying for with UPS Store is convenience. Worth it? If you don't feel like packing a guitar yourself (which is a royal pain to do) and don't feel like dealing with stupid forms, yes it is.

Step 5. Understand how to ship

You always ship a guitar with signature-required-on-delivery and full shipping insurance whether the buyer asks for it or not.

If you don't ship with signature-required and insurance, there are some buyers out there who will try to screw you over with that "I never received it" lie and try to get a free guitar out of you. You avoid this by shipping it with signature-required and insurance. If the buyer tries any funny stuff, send him straight to UPS and tell him package was shipped fully insured, and if he did not receive it to contact UPS and file a claim.

Believe me, you do not want to take the risk of not using a signature or insurance when shipping guitars, because it can cost you dearly.

Step 6. Do not sell internationally

Stay within your country borders because otherwise your shipping costs will jump up to an insane level.

Without fail you will always get a guy who will write you a question on your eBay listing and ask if you ship to his country. Ignore it, because he's trying to get you to change the listing in the hopes you will not adjust your price for international shipping and may even try to get a free guitar out of you as described above. Don't fall for this. Stay within your borders so you can keep your price the way you set it originally.

We'll use the example that you sold a guitar for $500 within the US, and the guitar will be shipped 1,000 miles to its destination by UPS Store.

Assume $100 for shipping with packing by the UPS Store, signature and full insurance. Now you're left with $335.

Yeah, it's like I said, you get screwed. But at least you now have a very good idea of how much you would get screwed.

Yes, there are many other ways to sell cheaper

But like I said, it is the easiest because there is nothing to pack.

This is the process to ship after your guitar is sold:

Again, there are many ways to do this cheaper, but none easier. You pack nothing, you don't have to fuss around with any stickers or labels, you need no packing materials since UPS Store takes care of it all, and so on. Expensive? Yes. But very easy.