A shadowy flight into the dangerous world of a man... who does not exist 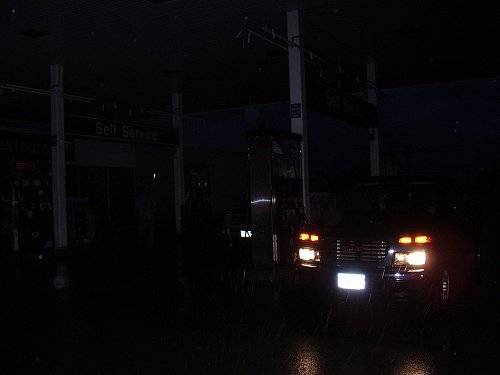 One day (soon) I will explain this photo, where it was taken and why it's significant.

No I don't have a neon license plate, the camera did that.. but it looks cool as hell. 😉

For those I completely lost with the title of this entry, here's a big hint.

I never did explain this photo (I'd forgotten about it), so I will
here.

This photo was taken in Newport Maine in early evening at an Irving
gas station. Note there are no lights anywhere - even on the pumps.
This is because the entire town has a power outage due to the storm.

It's just a rare thing when you see a whole town lose power, even if
only for a short while.