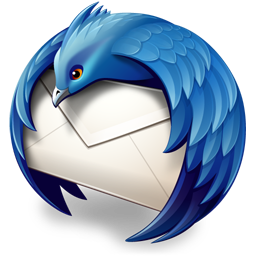 I've been bouncing back and forth between the new Y! Mail beta and the 2007 interface. Every time I try the beta I almost immediately go back to the '07 version every time because the beta at present just sucks.

For kicks I downloaded Mozilla Thunderbird 3.1.6 and tried it out, because there's the slight possibility I may have to go back to it just in case the new Y! Mail is a complete disaster. I have this gut feeling Y! is going to use the beta UI as their sole interface once it's out of beta - similar to what Hotmail did.

TB 3.1.6 is actually really good and definitely isn't the wonky piece of garbage that 3.0 was. From this I might be trying a seriously crazy way of doing email.

Before I say what that crazy way is, here's a basic rundown of what's available when it comes to mail clients and mail protocols:

Is there a fourth option? In fact there is. It's something I call Cloud POP. It's a very wild, very different, very complicated way of doing mail, but it works and you're able to synchronize mail between two or more machines using plain ol' POP.

It would take me way too long to explain how it works, but here's the short-short description if using Mozilla Thunderbird and Dropbox:

The reason for the separate folders is so no mail is lost. If both computers happen to be running TB, synchronizing them to the same store folders will inevitably result in mail being lost - not to mention the high risk of a corrupted MBOX store.

The reason for not creating the entire TB profile in Dropbox to begin with is because TB creates a lot of crap (like its indexing files) that you simply don't need to send to Dropbox. All you want there is the mail and nothing else - except maybe the address book which is the single file abook.mab. If you're sync'ing mail, you might as well sync the address book as well.

The single largest drawback to doing this is when you have large MBOX files. To get the fastest possible synchronization, you have to purposely keep the MBOXes you use most (usually Inbox and Sent) small. All this means is that you keep the often-used folders tidy so you're not waiting around for Dropbox uploads/downloads constantly. When an MBOX grows, just create an archive folder or use the 'archive' feature.

Other than that, this is a pretty darned good solution for Cloud POP'ing. It finally makes POP portable like IMAP without the wonky nature of how IMAP works. It also serves as a great backup. [Edit: Wrong, you don't have to use small MBOXes. The way Dropbox works is that files are calculated into blocks so that only the changed portion of the files are uploaded/downloaded. No need to split up anything.]

The best part is that if the cloud fails for whatever reason, not a problem. You have all the mail backed up local on two separate machines. And if either machine fails, again, no problem - all the mail is backed up to Dropbox. All bases are covered.