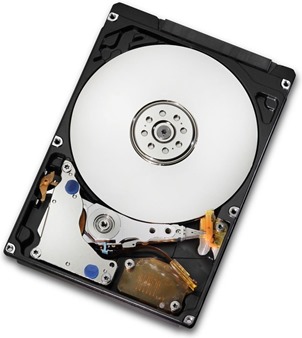 When we last left our hero, he was waiting for his new hard drive to arrive...

Did everything go smoothly, and was I able to make it all work?

Yes. In fact, this time around, the process went through a whole lot better.

What I discovered with Windows 7 drive imaging:

...is that it's actually very important that the new drive you send the image to must be either the exact same size or larger.

What I didn't mention in the last post I made is that I first attempted to send the image to a 256GB Crucial SSD M4 that I have (which by the way is one awesome SSD and very stable), bought for another laptop a while back. I would have loved to use it in the ThinkPad, but couldn't because the old HDD was a 500GB and not a 256GB.

Yes, there is a workaround. I could have used a utility to resize the 500GB partition down, then imaged, then reimaged to the SSD. But that would have opened up a whole can of worms because I have a "Lenovo Recovery" partition along with the main partition for Windows. With a little trickery, yeah I could have made it work. But there was no guarantee it would work, so it was not only easier but safer to just outright buy another 500GB HDD instead.

True, I miss out on the speed of SSD, which blows away HDD every which way but loose. And to be honest, it's not an issue for me to survive on "just 256GB". Presently I have 137GB of my entire HDD used, so if I were on 256GB, believe me, it would not be a problem. However, I am finding that the new 500GB drive I'm using is actually quite speedy and good for what it is.

If I ever decide to use the SSD I have, the safest thing would be to install a factory image. And I really don't want to do that because I'd have to reinstall everything. With drive imaging, everything is carried over. All of it.

HGST, the brand of drive I bought, is probably something you haven't heard of. It's a Western Digital brand. And as it turns out, that brand is routinely highly-rated. Most drive products they make are 4.5-out-of-5 star, which is pretty damned good.

I have a "Windows Experience" index of 5.1, which for a laptop is pretty good. Not stellar, but good.

How does it run?

Okay so far. I'm hoping to get at least 3 or 4 years out of it. I've not noticed any immediate problems and things are speedy.

So anyway, yeah, new drive. Installed. Works. And I want it to stay working for a good long time. 🙂