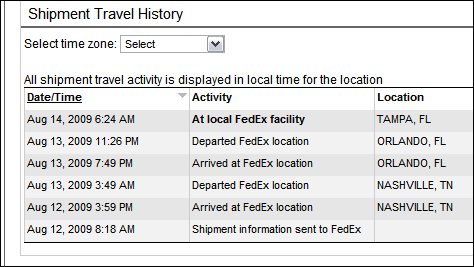 ...my mini 10v is in Tampa right now. This means there's a possibility it may actually be delivered today (August 14th) sometime in the afternoon.

If that happens, what can I say? Cool! I was reasonably sure it wouldn't have arrived before next Monday the 17th.

Being that I will now have a wi-fi laptop that's ultra-portable I started seeking out open wi-fi spots. In my research of this I discovered something called the S.U.R.F. Zone. This is a rather large wi-fi area right in downtown Tampa.

Other places include several libraries, some restaurants, many hotels/motels and so on. I am not at a loss to find open wi-fi, that's for sure.

In fact, it is totally possible to live in Tampa and not pay for internet whatsoever as long as you have a wi-fi computer or device that can browse the web. There are many residential areas that are within walking distance of a wi-fi spot. And once wireless N becomes the norm (which it is slowly but surely), you can be over 300 feet away and still get a signal. Wireless G at present can fade even from as little as 100 feet away and that's sucky.

When I first moved to Tampa in '06, I did hang out in the parking lot of a local hotel to grab free wi-fi until I hooked up my own internet connection at my apartment. Have Netstumbler will travel. 🙂

Okay, let's talk about Ubuntu for a moment.

Ubuntu has something called the Netbook Remix edition, called UNR for short. It is specifically designed for netbook use. It has been already tested on the mini 10v and is said to run very well, so I don't even have to guess if it will work or not. 99% of the OS runs "out of the box". No configuring or terminal b.s. required. Huge, huge plus.

On that site, UNR 9.10 is going to be awesome (there are screenshots there). This is an upcoming release (current version is 9.04). It will look very modern, run all the stuff that people use netbooks for, and, well.. it got my attention. It just looks and moreover runs good.

I do not want to pay for another license of Windows 7. But I don't want to deal with the decidedly old Windows XP either.

The coolest part about UNR is that it can optionally be run completely from a USB stick to test it out. VERY, VERY COOL. This means I do not have to wipe out XP to see if I like UNR or not. All it takes is a single 1GB USB stick, push the image over, pop the stick into the netbook, boot it and go. If I like it, I can install it. If not, I keep XP. Simple as that.

And yes, the mini 10v does come with the XP recovery disc. However in order to reinstall XP you'd have to purchase a 50-dollar USB external optical drive. Granted, it's a one-time cost and they work great, but I really don't want to buy that unless I absolutely have to.

Who knows? I might run UNR as my primary OS on the mini 10v. I know now I can test it out easily, so.. maybe? I dunno.