There's not one but two social internet services that have fired up the ol' "sunset mode".

All user photos and blogs on that site at the end of this month are going away. Thankfully they are allowing users to download a backup via means of an "Exporter" function, and that's better than nothing.

Gone, gone and gone as of last month: 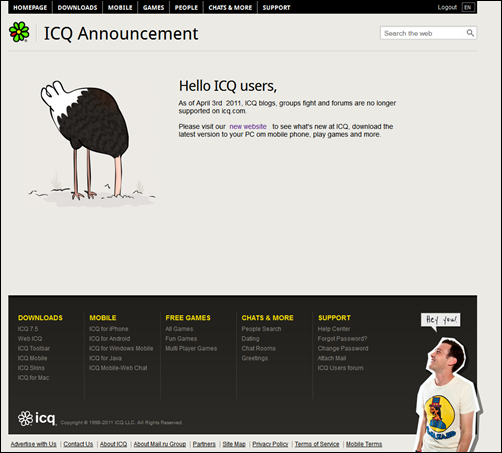 No warning whatsoever, or at least none I could find. It was there one day and then gone the next.

This is why I don't host my blog elsewhere.

Everything you need to know about why I don't use a service-hosted blog is exemplified above.

For the services nice enough to give you advance notice of closure and allow a downloadable backup of your stuff, that's cool and all that, but then you have to repost your stuff all over again and be forced to learn a new system you might not even like.

For the services that vanish like a fart in the wind with no warning, well, that's just evil, isn't it? Any effort you put into publishing your content there was all for nothing; unless you have a backup, it's gone-gone-gone forever.

Speaking of blog backups, I do have a backup of my WordPress MySQL database, but at some point I will have to create a master editable document using LibreOffice Writer. I am not looking forward to doing that because it will take so long to complete. Has to be done, this I know, but.. ugh.. pasting in 2,000+ articles worth of content. Not fun. But again, has to be done at some point.

And no, there is no other way to do it right. Saving MHTs results in 2,000+ individual files and I don't want to deal with that. Saving PDFs means documents that aren't easily editable. Converting the XML to a spreadsheet is a seriously stupid idea because absolutely none of the formatting is preserved. It's master document or nothin' if you want it to be editable and preserve formatting (for the most part). There is no other way.