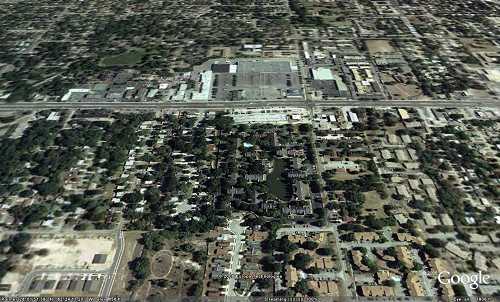 I just tried Google Earth for the first time. Wow, what a nice piece of software. It's very Cool McCool (grin). The 3D views are great, it's super-easy to use and it's actually useful. And it's free which is nice. For twenty bucks a year I can plug my GPS into it. Hmm... maybe later. 🙂

For fun I tracked where I used to live and then where I now. It zooOOOooms up a few hundred miles, traverses the east coast and them zooOOOooms back to the destination. I know.. sounds weird when I describe it like that, but that's the only way I can say it in words.

Some of the zoom views are like the stuff I saw at the Boston Museum of Science when I was a kid. And now.. it's on my computer.

The future is cool, what can I say. We're living in it right now.