I did something I ordinarily never do when I go to Guitar Center and took a few photos.

In the store I spotted this metallic orange Squier Strat. Very cool looking. 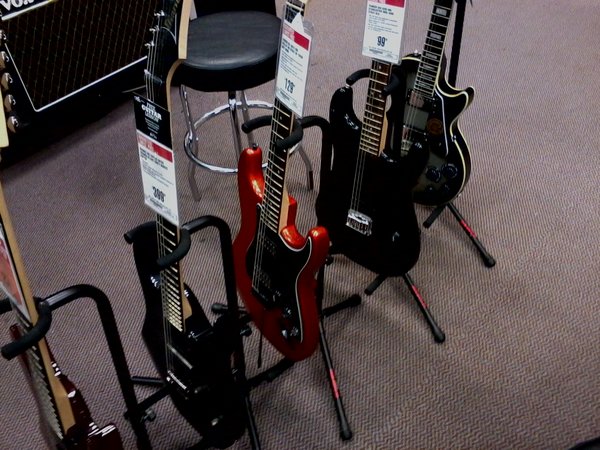 The back side of it: 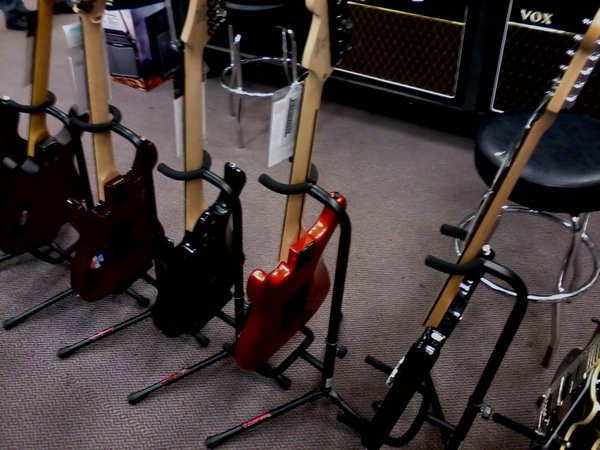 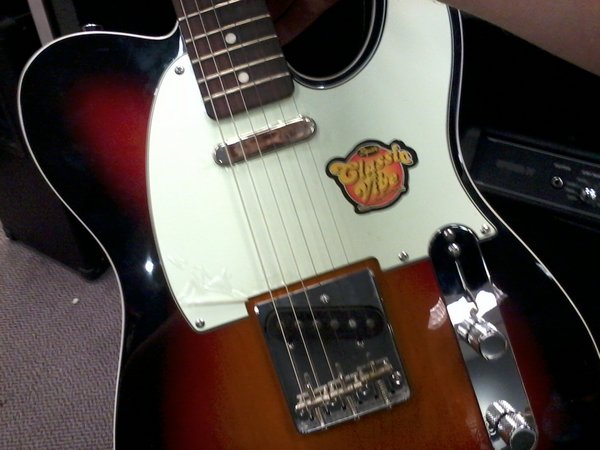 The above guitar was not in the best of condition even though it was new. The switch tip for the pickup selector was missing and the neck had a buzzing issue. Other than that it played really nicely.

And here's the typical "wall of guitars" shot: 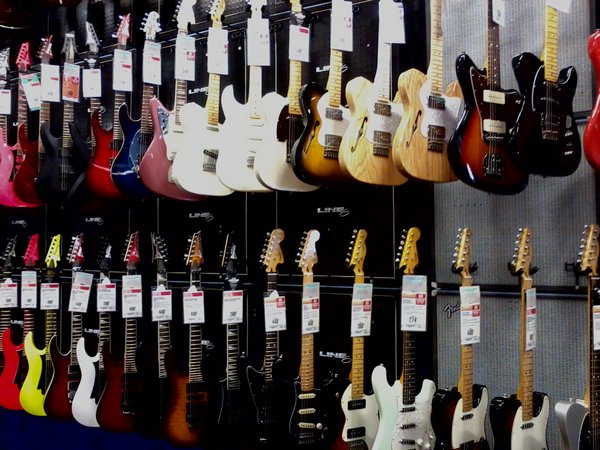 I've always known Guitar Center Tampa to have a really good selection, and this is just a small portion of how many guitars are in there. In the photo above you see about 30 guitars. That's not even close to half of what the entire stock is, and doesn't cover the bass guitars or the separate acoustic guitar room either or even the used guitars for that matter.

In other words, GC Tampa pushes a lot of gear and I've never known them not to be well-stocked.

I've also noticed over the years they have the guitars that other GCs don't (or can't) get, such as that orange Squier above. Because GC Tampa moves so much merchandise, corporate is willing to put stuff in that store to see if it will sell or not. The end result is that you always get a good selection.

My trip today was just for little stuff. Four packs of strings and a bag of picks. I made a video about that.