Oh man.. talk about nostalgia trips (see last post), I fired up Joost and noticed they were airing ORIGINAL Transformers cartoon episodes. So I started from - you guessed it - episode #1.

Here's some screen shots (from episodes 1 and 2): 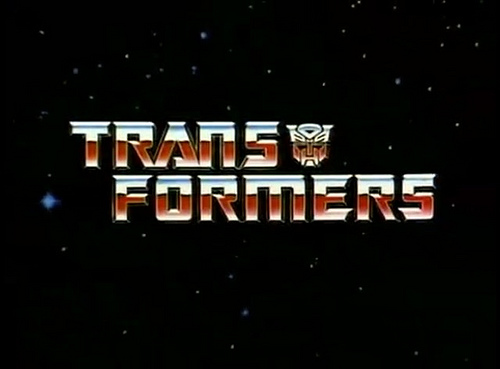 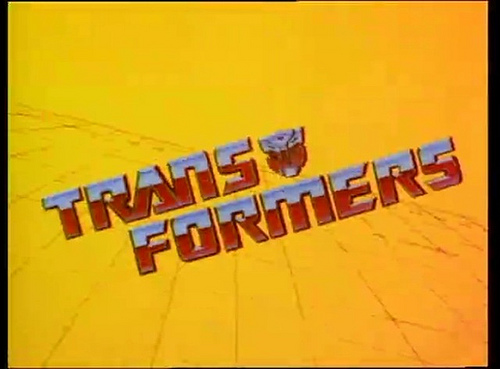 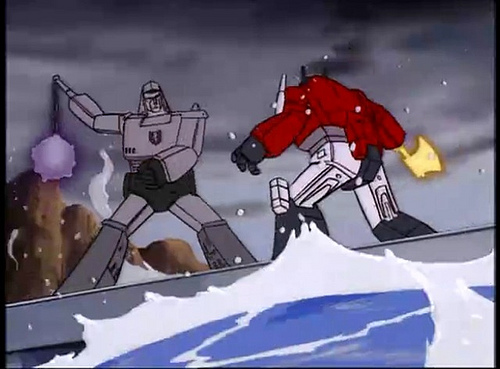 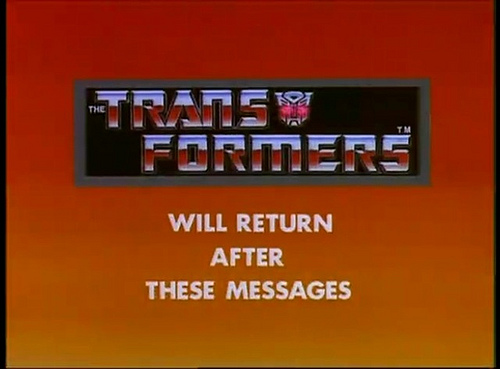 Okay.. why did I put a bumper screen ("will return after these messages")? Here's the deal. Cartoons used to have no bumpers before or after the commercials. Parental groups lobbied that kids could not tell the difference between the actual show and the commercials, so the solution was to place bumpers; that's why they exist.

Betcha didn't know that one. 🙂

In addition to that I FINALLY got to hear the end credits theme with absolutely NO INTERRUPTION. As any kid of the 80's remembers, whenever the end credits came on the station ALWAYS broke in with some announcement. Could've been something like "Stay tuned for [next show, blah blah, your local news/weather whatever]". This always annoyed the CRAP out of me.

But not this time. I got to hear it in all its uninterrupted glory. 😀

Some notes about the end theme:

1. I love the fact it's almost 100% organic. You hear real horns, real string section, real drums, real guitars. The only thing not real is the synth accompanying the guitar from 0:10 to 0:20.

2. It sounds cinematic, meaning it sounds big. Themes just don't have this kind of flavor anymore (or at least none I've heard in a very long time).

If you have broadband internet, get Joost. Seriously, get it. Who needs cable anymore when you can watch TV on Joost for free?

the enigma that is the sesame street theme
This theme is described as "deceptively simple" because it's actually complicated.