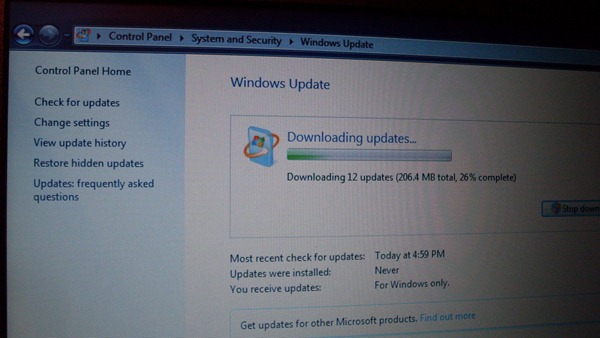 I’ll be getting back to writing about guitar stuff soon, but for now, a few words about the second laptop replacement.

For those not in the know, here's the very quick rundown of what happened:

During the time I was without a proper laptop, I used my backup laptop, which is a slow-as-molasses Acer Aspire One AO722 model. I used that thing during the whole time I was going back and forth getting a replacement Latitude.

The second replacement Latitude is in, so now comes The Big Question:

Does the second replacement work?

It would appear that I've finally got a proper laptop back in the barn that works like it should.

Did anything bad happen with the return of the first one?

I did get a full refund and had no problems with the seller. Because of that, I rated the seller with 5 stars on Amazon because he did pay for the return shipping and refunded the full price with tax included. The seller made absolutely no attempt to screw me over, so he did totally earn his 5 stars for service after the sale.

True, the product didn't work 100%, but the seller gave me no hassle on the return and refund, which I did genuinely appreciate.

Did I lose any money?

No, because the seller of the first Latitude gave me a full refund, and the second Latitude cost less than the first.

Originally, I thought the second laptop was 10 bucks less than the first, but I actually only saved $8.90. Yeah, not much.

But hey, at least I didn't spend more. 🙂

...I'm hoping this is the last I write about computers for a good long while. The replacement is in, it seems to work fine, and will hopefully continue to work fine for a long time.