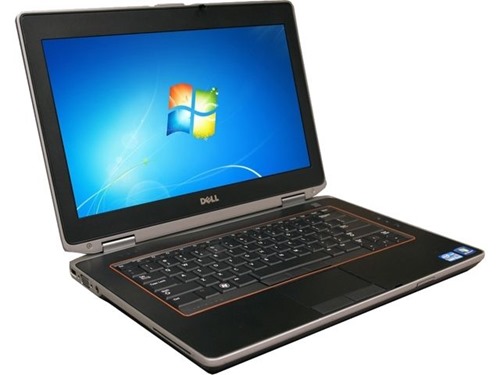 The Lenovo ThinkPad E430 officially qualifies as the worst computer I ever owned. Fortunately, it was replaced by something better, even though "slower."

About 2.5 years ago, I spent a little over 700 bucks on a Lenovo ThinkPad E430. This was supposed to be "the good computer." Intel Core i5 3rd generation (which for a laptop is still quick even today,) fast graphics, new, fast, and I even bought an extended service plan for it.

Here's what happened over the course of those 2.5 years.

Hard drive almost-failure. Windows 7 one day reported to me that something was wrong with the HDD and that I really, really should get another one. So I made a system image backup, got another 7200RPM HDD 500GB HDD, got back up and running quick. No problem.

Side note: I already had in my possession a Cruicial M4 256GB SSD. Couldn't use it to put the system image to. Why? Because even though the image would have fit easily, the drive has a smaller capacity, so the Windows system image won't write to it. When you write a system image from a backup, the drive you write to must be same-capacity-or-larger. However, I did eventually get to finally use that SSD later. More on that in a moment.

Screen and keyboard failure. Broke within the first year. Had a service plan and used it. Replaced free of charge.

LCD ribbon cable failure. This is what killed the laptop.

Bear in mind before continuing that I know full well how to work on laptops and know how to replace a screen as well as the cable assembly. I've done it before several times, know how to properly take off a bezel, deal with the tiny screws, etc. Anyway..

As it turned out, the LCD cable next to the left side hinge was wearing out. Okay, no big deal, that cable is just 7 bucks on eBay.

Now in order to get to this cable installed on the E340, the whole laptop has to come apart. Back, front, keyboard, and so on...

Believe it or not, I was willing to deal with this since the laptop sits on a desk most of the time. I figured I would just get the laptop back together as best I could and make do.

But then, as I was reinstalling the keyboard with its 4 small ribbon cables, *plik*, one of them snapped as I was reinserting it. The connector just broke right off like a twig. And I was barely putting any pressure on it. I've connected so many of these before, and I've never had one just break like that so easily.

Yeah, I was ticked off. But fortunately, I lost no data because, oddly enough, the non-original part, the 500GB HDD (this specific one, for those interested,) was still working just fine and dandy. And in fact, it still does. That HDD gets rave reviews and I totally understand why. Good drive.

Right. So I needed another laptop, and needed one quick. And it had to be cheap, but fast.

I already had in my possession the Crucial M4 256GB. I also had just bought 4GB of RAM (also by Crucial) recently. All I needed was a laptop that had at least 4GB of RAM so I could bump it to 8GB with the stick I had, and it didn't matter what the HDD size was since I was going to use the Crucial SSD.

As it turned out, what popped up was a refurbished Dell Latitude E6420, surprisingly very close in specs to the ThinkPad. Instead of a 3rd generation Intel Core i5, it has a second generation. And instead of Intel Graphics 4000 for the video, it has Intel Graphics 3000.

True, I don't have any USB3 ports on this Dell, and the SD card reader doesn't take advantage of UHS speeds, but the way I have this Latitude set up is pretty much as good as it gets.

How old is this Dell? It's a 2011 build. But I can say with 100% certainty that when you slap in a Crucial SSD and 8GB of RAM, oh yeah, this thing is plenty speedy enough.

Latitude is a business grade laptop from Dell. Vostro is for "small business." The consumer grade is Inspiron series, the "ultimate" is XPS series and the "gamer" laptops are Alienware.

In other words, Latitude is not a gamer's laptop. Yeah, it can play games, but that's not what I bought it for. I wanted something built right, and the Latitude delivers in that respect. The tradeoff with business grade, as with any business grade notebook, is that it's purposely designed not to be the fastest thing so not as much heat is generated under the hood; this makes it last longer.

The ThinkPad was supposed to be the laptop that lasted at least 5 years, but barely eked out 2.5 years. That is pathetic, given the fact the vast majority of its life was spent on a desk.

I only went with a Lenovo ThinkPad because of the reputation of being best-of-breed when it comes to business grade laptops. Wow, was I wrong on that one.

Funny but true: I was at one point a Dell service tech for Latitude laptops. Yes, really. I know Dell products very well, but figured going ThinkPad was the right thing to do. It wasn't.

Also funny but true: The last Dell notebook I had, a mini 10v, lasted 7 years before it had a major failure (keyboard.) And I treated that thing like crap.

I did the math, and that ThinkPad cost me about 75 cents a day until it decided to fall apart. That's some expensive computing right there.

This means if the Dell I just bought lasts for 5 months, it will have paid for itself. Obviously, I want it to last a lot longer than that, but the point is that the Latitude is really close in specs to the ThinkPad that fell apart, and it cost me over 500 bucks less to get it.

True, the Dell is 4 years old. Do I care? Nope, because it's a refurb where most of what's in it has been replaced.

That mini 10v I mentioned above? That was a refurb Dell. I've also bought other refurb Dell computers before that, and they all lasted a good long while.

I should have just stuck with Dell and not have been swayed by a brand name.

I'm not saying to run out and buy Dell refurb laptops. But I am saying that with some minor upgrades (the SSD and RAM install took all of about 5 minutes,) you can get a seriously good laptop these days for cheap...

...as long as it doesn't have Windows 8 on it. 🙂 If you do end up with one that has Win8, just perform a bunch of Microsoft updates and you'll get the free offer for Windows 10. Either use Win7 or Win10, but not Win8. Trust me on that one.