For my regular readers, you'll notice that the site now looks a bit different. Not too much different, but I added in a sidebar to the left mainly because I wanted to move my Twitter updates there and also have plans to put more stuff in that bar later. For example, I was able to add in a contact page and also put the search box in a place that's more noticeable.

As I was doing the redesign thing, I launched a virtual Windows 2000 session to check compatibility with older browsers. Contrary to popular belief, there are a lot of people using old browsers out there, either who have old PCs or web browsers with all auto-updaters turned off. That, and there are more mobile users every day, so if a site design passes a compatibility test in an older browser, chances are pretty good it will work just fine on a modern Android phone, iPhone, iPad or any number of other tablets out there.

And because people like seeing old computer crap anyway (hehe,) here's how the new design fared out. 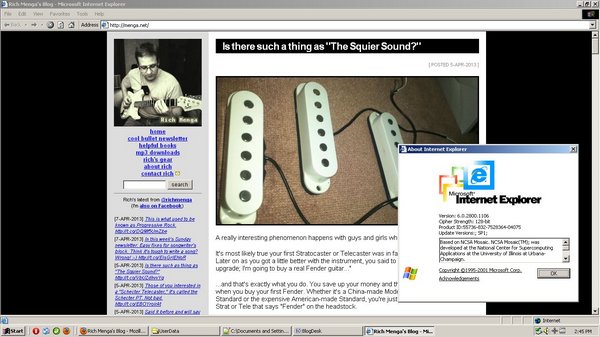 IE6 worked flawlessly, which actually surprised me a little because I thought something would break, but nothing did. YouTube videos obviously won't play, however nothing crashes, and that's good. Instead you just get a black box that says the video won't play and that you should upgrade (heh.) 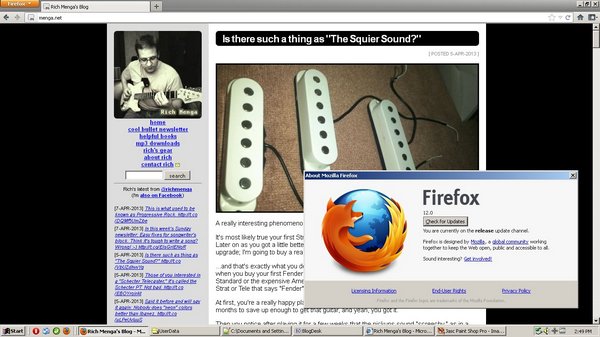 This is the last version of Firefox that will work with Windows 2000. After 12, Mozilla laid down the hammer and said no future versions would be made to work with Win2000.

Fx 12 is still a very capable browser and can view the modern internet with no issues. Flash and HTML5 video works in it too, which is cool. 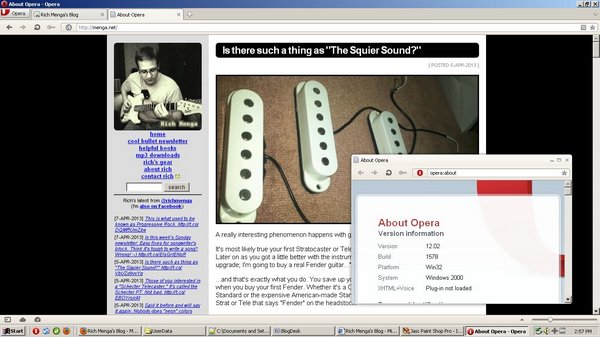 For some reason I can't get any higher version than Opera 12.02 to work in Windows 2000. But since it's modern, it views my site (as well as just about any other site) just fine.

The only browser that absolutely broke is something absolutely nobody uses anymore: 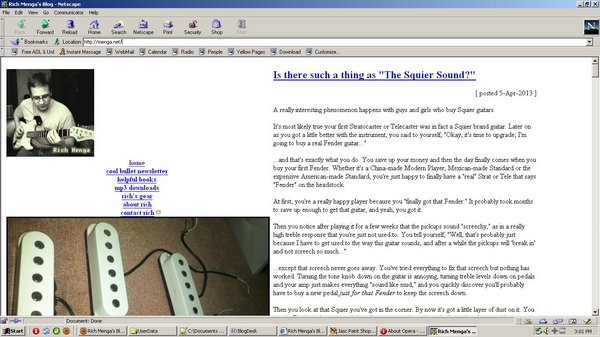 Unless you were using internet in the late 1990s, you've probably never heard of Netscape Navigator or Communicator - and that's okay because it's just one of those interesting little footnotes in internet history that most people have forgotten about. Early internet users remember the whole IE vs. Netscape browser war thing. Today, even the idea of a browser war is just funny more than anything else. Whether you're using IE, Firefox, Chrome, Safari or Opera... nobody cares. 🙂

Basically speaking, Firefox is modern Netscape. You can read on the history of that here if you wish, but for all intents and purposes, had Netscape stayed Netscape, it would basically be Firefox with a Netscape logo on it.

And if you wanted to "Netscape'ify" your Firefox, there are enough nerds out there who programmed stuff specifically to do just that.