The new keyboard is in. I took a few photos of the spill damage left behind from the old one.

As mentioned previously, I screwed up the old keyboard on my Lenovo ThinkPad E430 by spilling tea on it.

I took the unit apart to take out the old and install the new, and saw the spill damage: 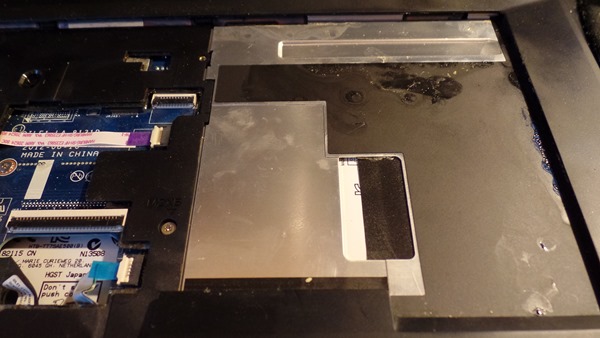 Yep, gross. That's not melted plastic but rather the gunk left behind by the spilled tea.

Whoever designed the E430 was a genius. They knew to put a black shroud exactly where someone, like myself, would spill something on the keyboard in order to protect the rest of the unit. Everything was protected on the underside because of that shroud, which is why the laptop didn't end up having any major system damage. 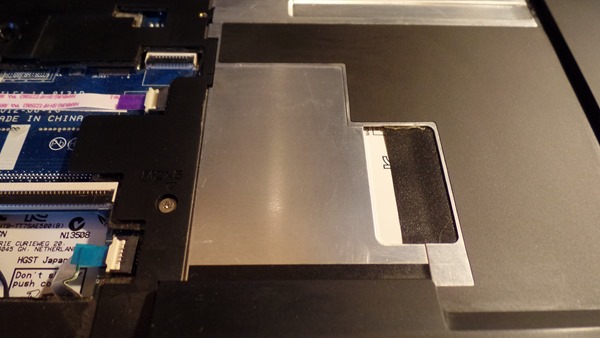 You'd never know anything was spilled under there. 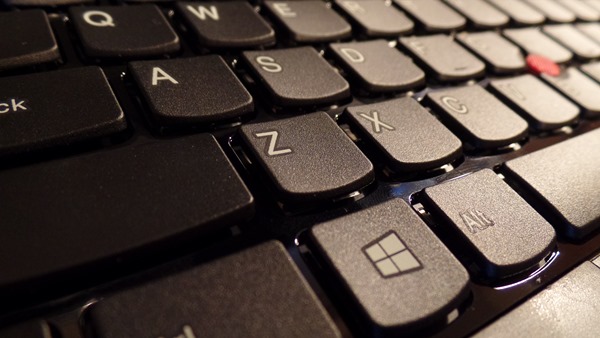 The keys are a bit stiff, but that's to be expected on a new laptop keyboard. It will take a few weeks before it's properly broken in.

Installation was easy. Just two small ribbon cables. The center joystick thankfully doesn't have any drift either, and hopefully that will last. If not, I've got a 1-year warranty on this keyboard just in case.

I'll keep the old keyboard for about 3 months. If after that there appears to be no problems with the new keyboard, then I'll toss out the old one.