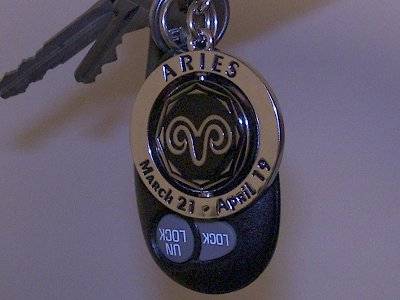 This is the keychain I bought today. I've officially retired the old keychain because it's got nicks and scratches all over it now. The middle of the piece where the Aries ram is spins around. It's also not as big as it looks (note the fob right behind it).