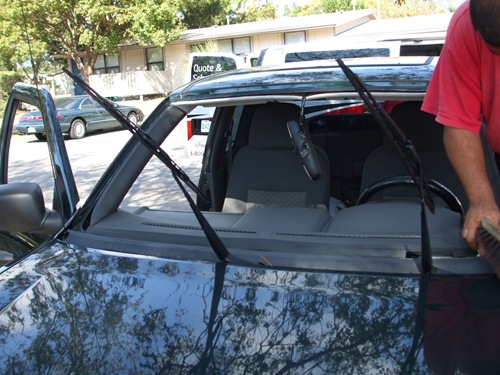 Above: Before (old glass out, note the dangling rear view mirror) 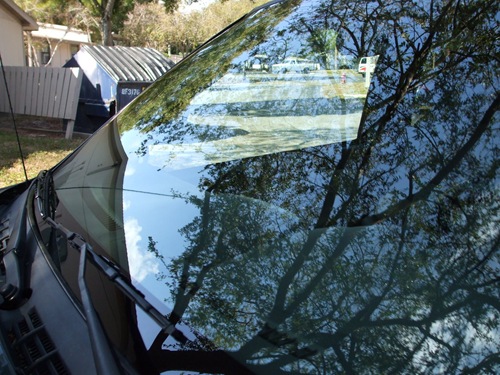 Above: After (it doesn't reflect much better than this..)

I have to let my truck sit for a few hours before I drive her again, but it will be well worth it.

The previous windshield was pitted badly. I had thought it was just dirty, but no matter how many times I cleaned it (inside and out) the pits remained. However I still drove it around like this until this morning. The sun hit the glass and I couldn't see a thing with all those pits. Very scary stuff. It was at that point I said "Yep. This has gotta be changed out."

I called up my insurance company and found out the glass was covered, so good deal there. They scheduled a shop to stop over, which they did (see above) and changed out the glass. Even though I haven't driven her with the new glass yet, the difference is like night and day. The most important part is that I will now see properly while driving again.