The pony car needs to die 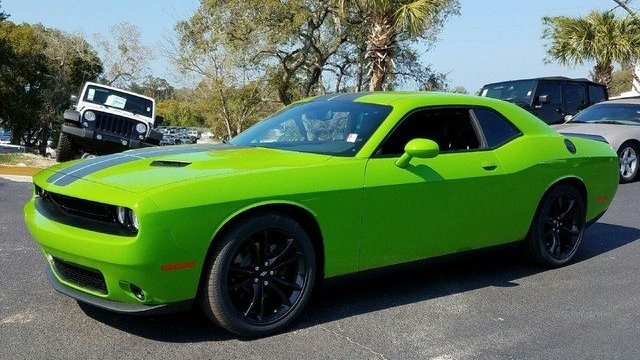 If pony cars died and never returned, the world would be better off for it.

Before I explain why it would be, let's rewind the clock back to 2002 for a moment. That was supposed to be the final year of the Chevrolet Camaro and Pontiac Firebird.

When General Motors stopped making Camaros and Firebirds, I distinctly remember something.

There was no outpouring of emotion and no tears shed. Nobody stormed the GM offices demanding they make the car again. None of that happened. The "mullet car" was dead and everyone was okay with this. In fact, people were happy about it because my God did those cars suck.

After that, the only pony car available from 2003 to 2007 was the Ford Mustang. During this time, that car carried its '90s style up until 2005 when a new redesign appeared. The '05 generated some excitement because it looked like a modern version of a '60s Mustang.

But then two things happened in 2007.

Chrysler introduced a new Dodge Challenger for the '08 model year. And even though that car is basically nothing more than a Dodge Charger in coupe form, people bought it like crazy. Now there were 2 pony cars. Uh-oh.

The movie Transformers happened, and the Bumblebee character was a car not seen since 2002, a Camaro. Uh-oh again. In the 2010 model year, Chevrolet reintroduced the Camaro. Now there were 3 pony cars and it's been like that ever since.

I've never quite understood the pony car, even after owning one

For about 5 years I owned a pony car, and it was a Camaro. I bought it as a weekender vehicle. I had my daily driver (which at the time was a Chevy SUV) and wanted a "fun" car, so I bought the pony car...

The car wasn't in disrepair. It had its issues because it was typical pony car garbage, but it could be driven easily. The reason I barely drove the thing was because it was impractical as hell. All that car was good for was looking "cool." Once that wore off, the car spent the majority of its time parked. It sat so much that I had to remind myself to drive it once a month just to keep the engine fluids from gumming up.

Common problems with pony cars that will never be fixed

Every pillar on a pony car is huge and thick which blocks the outward view in every direction. And the fact the roofs are so short makes it even worse.

Too big and too thick. You have to swing the door open real wide just to get in and out of the car. That's fine in the driveway but not in a parking lot when there's another parked car next to you.

You'll never fit adults back there. The claim that a pony car can comfortably seat 4 adults is an outright lie, because that just isn't so.

Trunk space is a joke

Very high lift-over and tail light housings shrink the opening so much that you're always bashing them when attempting to put anything in there.

At best, you only get a vague sense of the road and what's around you when driving a pony car.

Imagine for a moment you go to cook some eggs in the kitchen, but had to do it while wearing gloves and a motorcycle helmet with full face guard. That pretty much describes the pony car driving experience in a nutshell. You're basically sitting inside a dark cave, you really can't see anything outside, and you really can't feel what the car is doing at all.

Hot hatches are a much better option

I seriously don't understand why the hell would anyone get a Mustang when there's the Ford Focus ST and RS models. The RS model has 350 horsepower, 350 lb-ft torque, has a 6-speed manual and does 0-60 in 4.5 seconds. And at the same time it has genuine practicality that actually works. Boot space is easily accessible and the car can truly seat 4 adults.

The Mustang or any other pony car feels like a lumbering sloth in comparison to a hot hatch. It doesn't matter if pony car goes through the traps faster. The hot hatch is simply the better driver's car. Better feel, better connection to the road, better practicality, better everything.

Sedans are a much better option

Why anyone would buy a Challenger when the Charger is right there that can be had with the same go-fast garbage is beyond me.

In the Chevy camp there's the SS Sedan. Same go-fast garbage that the Camaro has, but way more usable as a daily driver much like the Charger.

Camaros, Challengers and Mustangs are just bad cars because they do absolutely nothing right.

Seriously, there is not a single thing that pony cars do right. All that they are rides 100% on "cool" factor. Once you set that aside and see the car for what it really is, that's when you realize how inferior it is compared to hatchbacks and sedans.

I could understand it if there weren't any affordable go-fast options other than pony cars. But there are. And the alternatives are far better.