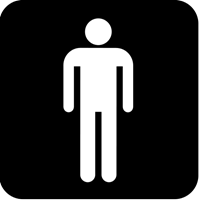 Today I turn 40. Here are my thoughts on it and what I'm doing with my life currently.

Put simply, at age 40 you're either in one of two states. Wrecked or not wrecked. I'm of the latter because I quit smoking tobacco, I don't drink, don't do drugs and just recently kicked all the junk food out of my diet (I'm very close to a BMI of 25 now.)

What makes one wrecked is typically booze, smoking, drugs, a bad diet or a combination of all four. The worst is the bad diet.

Most that enter middle age quit a whole bunch of the stuff they used to do because their bodies got injured in some way. Alcoholics and drug junkies quit the junk usually due to a major near-death experience that scares them straight. Smokers quit usually because of cardiovascular disease and/or respiratory disease, or both occurring at the same time, and that scares them straight.

As for the bad diet thing, there's a whole bunch of people in my generation who are of this opinion: "I can't smoke, can't drink and can't do drugs. Chocolate and steak are all I have left."

I'm not of that opinion. I decided to do something about my health because I don't want the second half of my life to be miserable just because I didn't eat right.

In 1995 (20 years ago at the time I write this,) the weight I am now for my height is what most people would have considered fat back then. Today in 2015, that same weight is now considered almost skinny.

What changed in 20 years? America got fatter. Disgustingly fatter. In every Wal-Mart there are obese people riding around on their scooters. In every department store they now sell shirts 5XL in size whereas before you never saw larger than 2XL.

Want even more crazy? The 10X shirt exists. Check out that shirt and you'll see the 10XL size option available for the black color. That's a size that has a neck measurement of 26.5 inches (2.2 feet!), chest measurement of 84 inches (7 feet!), and waist measurement of 80 inches (6.7 feet!)

It's crap like that shirt that makes me look thin now because fat is the new normal. This doesn't mean I won't continue on my journey to being what used to be normal human size in America. But it does mean there is the real possibility that in the future, possibly the near future, I will have a difficult time finding any new clothes that actually fit because I won't be obese. Remember, 70% of America is overweight. And that will probably balloon up to 75% or even 80% by 2025.

Closer to getting an actual "real" smartphone

Right now I use a really cheap Tracfone. I use it because it works, it's cheap and because I refuse to be on a post-paid phone contract plan of any kind.

However, the time will come soon when I can get a proper smartphone from Tracfone for just 30 bucks. The only reason I haven't is because there isn't one available with a 5-megapixel camera yet, and that's important to me. Tracfone does have the LG Optimus Fuel, and it is a real-deal smartphone with Android 4.4 for just 30 bucks, but only has a 3MP camera so it's a no-sale for me. If it had 5MP, I would have bought it already. Most people are perfectly okay with 3MP, but I'm not. 5MP is the absolute bare minimum. That's a 2560x1920 photo resolution, and that will work for me.

How long until the 30-dollar Tracfone smartphone with 5MP camera exists? It might happen this year or early next year. When it is available, I'll get one. Granted, I would prefer 6MP or 8MP, but 5MP is good enough.

I might release a full album this year. Maybe. It depends on the style I want to go with. It will be something of a weird mix of surf and shoegaze. If you don't know what shoegaze is, do a search for it on YouTube. Easily found.

Both styles of music appeal to me because they're fun while at the same time emotional and decidedly anti-rock star. This makes sense to me at 40, because I've left all that glam and metal rock junk far behind.

Not really a big deal

Turning 40 for me really isn't a big deal. Or rather, the number is a big deal, but the reality isn't. It's one of those things where I say to myself "Wow, I'm 40," but the reality is that it really doesn't matter for much. The only real difference is that now I feel better because I cleaned up by getting off the tobacco and junk food.

Do generation gaps bother me? No.

Do I feel old? Yes, but only because I've been feeling old since I turned 30 ten years ago, so I'm used to it.

Do I feel out-of-touch? No, because I've seen a lot of people spend a lot of money on a lot of useless crap, such as the very first iPhone that sold for $600. Yeah, I remember that. I also remember all those iPhone owners getting burned hard when the price suddenly dropped. I bet they all felt great being suckers. If being in-touch means "spend a bunch of money now and get screwed almost immediately afterward," I want no part of that. Whether I'm buying guitars, cars, technology or whatever-it-is, I am always questioning whether I'm getting my money's worth. If I feel that I'm not, I don't buy it, plain and simple. Saving money is always in-style.

Am I reinventing myself?

To a degree, yes.

Let's say I do finish an album this year and release it. Let's say by some crazy freak of nature, one of those songs becomes a huge hit. Let's say I'm asked to go touring to promote the song. A question at that point comes up. Could I handle it? Could I, a 40-year-old guy, handle the rigors of touring? Answer: Yes, because I'm taking care of myself better than I ever have before.

It's like the old saying goes. If you don't have your health, you have nothing. I have my health, and that makes 40 a good age to be.