state of my email in august 2013, and big-data SD cards

Time for another nerdy bloggo.

Those who have been reading my blog for any length of time know I'm a power mail user, meaning I can't use webmail because I easily go beyond the limitations of what it's capable of.

The only drawback to doing mail like I do is that you have to manually back it up, because if you don't, one day the hard drive will screw up beyond repair and all the mail is gone.

Once every few weeks I back up all my mail to an 8GB USB stick. I have a script that launches the command line version of WinRAR which compresses the entire Thunderbird profile folder into a single file, then I copy that file over to the USB stick.

That 8GB stick however has 4GB of other stuff, leaving 4GB left for the mail archive. And as of my last backup, the size of the mail archive is 3.8GB. I literally have only 200MB remaining and I'll run out of that quick, so it was time for an upgrade.

I bought one of these: 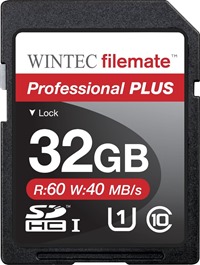 I don't have it just yet, but it will probably arrive before the end of next week.

I almost went with 16GB, but didn't. Amazon requires a purchase price of a minimum $25 to have the item be qualified for free shipping. For anything under that, you have to pay to have it shipped. A decent 16GB card is 13 bucks, but after shipping cost added in, look at the price jump: 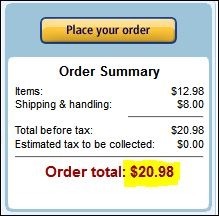 If you do the math on a cost-per-GB level, the 32GB card actually costs less than the 16GB does.

It's not that you save a bunch by going with 32GB over 16GB, it's the fact that paying 8 dollars shipping for a featherweight item is just plain dumb and a total waste of money. So I went with the 32GB instead.

When in the hell did 8GB become "not enough"?

You have to bear in mind that the first PC I ever used back in the early 1990s had a 110MB hard drive. Yes, 110 megabytes. Not gigabytes. Megabytes. And only a 1x CD-ROM that wasn't a burner.

I mention this because back in the day, your only affordable option for external storage was floppy disks. In addition there was no way to split files larger than 1.44MB into pieces for use on multiple floppies. If the file you had was bigger than 1.44MB, you either had to keep it on a hard drive or delete it. Very few people had the cash to just run out and buy hard drives or tape systems.

From that you can get an idea of what a godsend CD-R was when it matured and was able to be purchased for a relatively low price. Paying $75 for a "quality" optical drive and buying a 5-pack of CD-Rs at $5 a disc was way cheaper than buying hard drives or tapes. The earlier CD-R formats only could store 600MB, so buying a 5-pack meant you had 3GB of storage at your disposal. And we thought that was pretty damned good.

I remember when the first 1GB hard drives became available for sale. I didn't buy one because I didn't have the money, but it was a big milestone in personal computing. It was sincerely believed by many - including myself - that nobody would ever be able to fill up a gig of space (never mind 3GB from 5 CD-Rs). How wrong we all were.

In modern day, I see this: 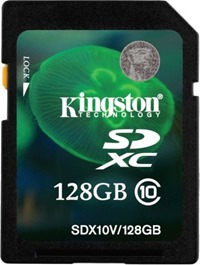 ...and I am totally blown away by that, because I remember the seriously loud-ass hard drives we all used to use.

Let's not forget that the 32GB I just bought is already obsolete. And heck, even 128GB is obsolete. Have you seen the 256GB versions? It exists and you can buy it right now. Yeah, it costs a ton, to be sure, but the point is that it exists.

And if you're wondering, no, the micro SD has not caught up to the "big" SD yet. The most storage capacity on a micro you can buy right now, which would technically be called MicroSDXC, is 64GB.

Remember, these aren't hard drives or SSDs we're talking about. These are little unpowered cards.

"In 20 years there's going to be an itty-bitty card less than the size of your thumbnail called the MicroSDXC format that will hold over 6,000% more than your 1GB hard drive can store now, and it will cost under 50 dollars."

Why did I buy a 32GB SD card when it was already obsolete anyway?

At present, 32GB is the best deal going for SD cards. You get what you pay for and they work great as a "small hard drive" in a laptop. I can just click the card in where it stays out of the way and leave it there since I don't use that slot too often anyway.

Also, it will take me a while to fill up that 32GB considering what it will be used for.

I don't expect to be buying another card for a while. However, one of my goals is to stop using an external hard drive completely (by my choice, of course). Currently I do use a 500GB external drive in USB enclosure. It would be great to ditch that and switch over to a 500GB SD card instead.

With any luck the 500GB SD card will become generally available soon. I'd also be willing to alternatively use a 500GB USB pendrive and connect that through my hub. When introduced to market, yes it will be around a buck a gig at $500. I won't buy it however until it comes down to under $100. And yeah I would pay that much considering what it would be replacing. I'd prefer to buy it sooner than later so I can get the data transferred over before my external HDD dies on me.