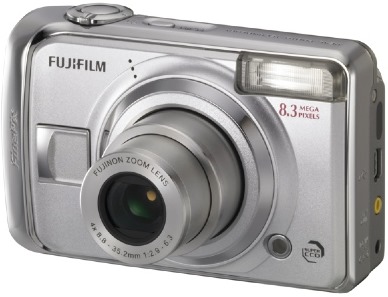 Technically, the phone I use is a smartphone, but just barely. It's an older model that doesn't have a touchscreen and is a slider with the thumbpad keyboard thing. I can browse the web and use email with it, but never gets used for that. And of course the photo-taking ability of it just sucks as it's only 2-megapixel with a seriously crappy, tiny lens on it.

When people hear "smartphone," they think iPhone or some Android thing. I don't have that. Maybe someday I will, but not now because it's too cost prohibitive. (My phone bill is $7 a month. Find a smartphone that beats that. You won't.)

I do like to take photos, but I can't stand spending big cash on a camera. Fortunately, I don't have to.

At the time I write this, the Apple iPhone 5s has an 8-megapixel digital camera with a small, crappy lens on it, and that's par for the course with the vast majority of smartphones out there. While true there are some phones attempt to use a big lens like this monstrosity (which is 16MP capable, by the way,) phones like that are few and far between; the slim-and-trim variety is preferred for obvious reasons.

We live in a 1920x1080 world, which translates to 2.1 megapixels and that's it. The next step after that is the 4K display, which roughly translates to 8.3MP.

And even when you take print photos into consideration, the most popular physical print size is 4x6, which 8MP can accommodate to easily.

Social web sites - meaning not photo-specific web sites - usually set an automatic maximum image size of 2MP, even if the photo you uploaded has a much higher resolution than that.

In other words, anything over 8MP as far as photos are concerned is a waste.

How does one find a good, cheap 8MP digital camera?

How does one make a digital camera "mobile"?

Purposely use a camera that uses SD, get a 8GB microSD with SD adapter (there is no reason to use anything above 8GB in an 8MP camera unless you plan on stuffing it with more than 2,500 photos). When you want to transfer files over the phone to the internet, pop out the microSD from the camera, pop into the phone, locate the file(s), send.

This is not an elegant solution, but it works with any phone that has a microSD card slot and can transfer files over the internet. The only slightly annoying part is you have to remember the name of the file before taking out the card and putting it in the phone. I don't have issue with that because I only need to remember the last 4 numbers of the file, and I can remember that for the few seconds it takes to put the card in the phone.

Is the bulk worth it just to save a buck?

There are two things I appreciate about a point-and-shoot camera over a smartphone more than anything else concerning how it takes photos.

First is the macro feature. 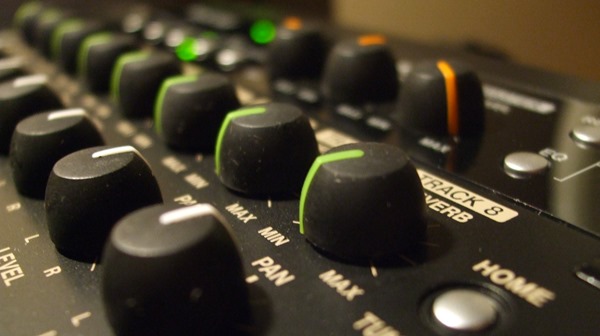 ...I can't do on a smartphone because smartphones suck at close-up shots and always have. Some people try to do this on a smartphone using fake out-of-focus digital editing, and it doesn't work. When you want that gradual focus decline, a real digital camera with a macro feature is required, even if it's just a cheap point-and-shoot.

Second is the greater depth of field achieved. 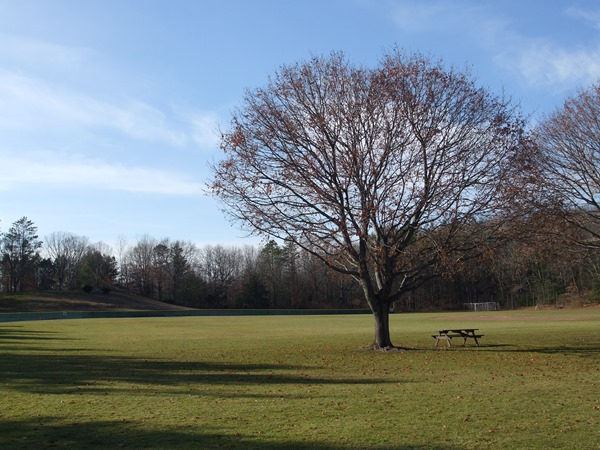 ...I can't do on a smartphone either.

When you look at the above photo, you get a sense of distance. The tree line at the back of the field truly looks far away, and the tree and picnic table next to it do genuinely look closer.

Had I taken this same photo with a smartphone, everything would have looked "flat" and the field would have appeared smaller than it really is.

Smartphones are great for taking photos of anything 2 to 25 feet away. Anything closer or further than that will look flat as a board, as if "painted up," for lack of a better description.

Don't believe me? Check out Apple iPhone 5s photos on Flickr and compare them to photos from a Sony Cyber-Shot DSC-W90 that was made in the late 2000s (cheap!) You'll plainly see that all the iPhone photos with distance in them look flat and all the photos from the W90 have actual real depth to them. It is not your imagination playing tricks on you. The bigger lens in the Sony really makes that much of a difference.

I'm personally not a fan of Cyber-Shot cameras, but yeah they do take great photos.

Even after the time comes when I get a "real" smartphone, I'll still use point-and-shoot cameras because they're just so much better at taking photos. No, they're not nearly as convenient as the smartphone is, but when the shot counts, it's better to have a camera that's up to the job.