Why the Apple watch sucks 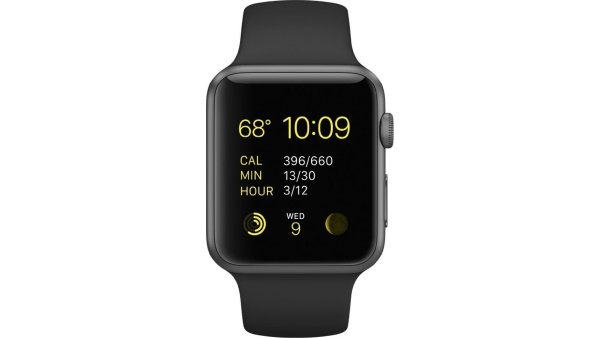 I just want to put in my 2 cents on the subject of this... thing.

If I asked what you think the best selling point of the Apple watch is, what would your answer be?

The #1 reason people buy an Apple watch is for - and I hate saying this - fitness tech, a.k.a. activity tracking or fitness tracking. This is not by chance. Apple does heavily promote the fact that their watch has all sorts of health and fitness goodies in it...

...and that is the reason why the Apple watch truly sucks.

Why do fitness trackers suck?

Fitness tech in a watch is for people that are chronically lazy who really don't give a crap about their health. Or put another way, a fitness tracker exists to make you feel like you're doing something to lose weight, when in reality you're not.

If someone truly wants to lose weight, get healthier and so on, they don't go buy an Apple watch. Rather, they start eating better and get off their ass and start moving more.

In my diet book, I do make mention that keeping a food log is genuinely important and I explain in detail how to do it right. In addition, I explain that there are only three things you need to track information. A pen, a memo pad and a cheap Casio digital watch that has a countdown timer with auto-repeat feature.

For example, the "activity app" in the Apple watch will remind you that you're supposed to stand up once an hour, but that's something any cheap digital Casio can do. It's called an hourly chime feature. Even a dirt cheap F-91W model has it. With the hourly chime on, the watch beeps twice at the top of every hour. Seems to me that's pretty much the same as a reminder the Apple watch would give you.

(Side note: For those of you that say, "But a Casio watch can't vibrate like an Apple watch can!", you're wrong.)

And as for all the Calorie counting, the fake "goals" and all the other fluff that in the Apple watch concerning fitness, it's all junk solely for the reason absolutely none of it will help you lose weight any faster. In fact (and this is also something I talk about in my book,) weight loss tech gets in the way of losing weight and will make the process slower.

If you must use fitness tech on your wrist, there are better and cheaper options

Not that I would, but if I were to buy a fitness tracking thing for the wrist, it would either by a Garmin vivofit or vivomove. Probably the vivofit. Specifically, a refurbished one so I could get one for cheap.

The vivomove model however at least looks like a classy wristwatch. I'll give it that. That is a fitness tracker you could actually wear with a suit and easily pass it off as an upscale timepiece.

Rich's Fitness Tracker Challenge (which you will fail)

Let's say for the moment you actually grow a brain and don't buy the Apple watch. Good. But you've seen my (much) cheaper Garmin fitness tracker options above and want to give it a go anyway. Okay.

Here's my challenge for you. This sounds really easy but it's not:

Use the tracker for more than 90 days.

And when I say "use," I mean really use the thing. Every day. Do everything that stupid tracker tells you to do.

I guarantee that you won't make it 90 days, and it's for the same reason everyone else stops using them once the novelty wears off:

A word you will see used by Apple, Garmin or anyone else that sells wearable fitness trackers is motivate. What that means is that the tech will aggressively remind you to move your fat ass so you can un-fat yourself. It's a polite synonym for nag.

Every day, that fitness tracker is going to nag you. Get up. Move around. Don't move too much. You didn't move enough. You only moved a short distance. You're moving too much. Nag, nag, nag, nag, nag.

Sounds annoying, right? That's because it is.

When you buy a fitness tracker, you're paying to be digitally nagged. That being true, you might as well pay as little as possible for that "privilege."

I'm not saying moving around more is bad. Not at all. But I am saying that being nagged to move around more is a surefire way to get you NOT to do it.

How much fitness tech do you need before you're convinced it's worthless?

We have the Apple watch, Samsung Galaxy Gear and other like wearable tech items like runner's watches and other fitness trackers as noted above. And make no mistake, fitness tech is the #1 reason people buy these things because as a communications device, a smartwatch is absolutely nowhere near replacing the smartphone.

Does anyone need a smartwatch to get thin? No.

As said above, all you really need is a cheap Casio digital where tech is concerned, and only so you can get the countdown timer with auto-repeat feature. Other than that, all that remains is getting a cheap yoga mat and that's pretty much it.

What is genuinely useful as wearable fitness tech?

What you're basically looking for are three features. A reminder function, a stopwatch and a countdown timer.

The cheapest of the cheap that does all of the above is the Casio F201WA. 10 bucks. Has 5 alarms and hourly chime for all the reminder function you'd ever want, along with a stopwatch and countdown timer with auto-repeat. Does it look cool? Does it look fashionable? No and no. And it doesn't matter. What matters is getting rid of the fatness and not worrying about how stylish your watch looks.

On a final note, if you happen to have gigantic wrists, get a longer replacement strap. The F201WA's strap is 18mm wide and I recommend a black Milanese replacement if you want something bigger. The cost of the strap is as low as $4 USD shipped.