We all use LCD monitors now. Nobody uses tube-type monitors unless they use an ancient monitor because they're too cheap to buy a new LCD, or are forced to use one in the workplace.

I used CRT (as in tube type) monitors all the way up until 2004 when I bought my first LCD. In fact I still have that 17-inch Sony LCD monitor and use it as a secondary. Although I didn't say on that bloggo how much I paid for it, - it cost me about $500 plus shipping bringing the total to around $525 or so. It was obviously worth it considering she still works six years later. The picture isn't as good as it used to be, but it still works a-okay.

The modern font tech used in Windows 7 is called ClearType. This "softens" the font for better readability. It looks like ass on CRTs and only works right on LCD monitors. Given that everybody has them, this isn't a problem.

However there are times when I pine for the days of no-ClearType Windows, as in pre-XP. I like it because it brings back nostalgic feelings of Windows 95/98 days. For most other people it also brings back good feelings, with thoughts of, "Oh, wow.. nice. I know how to use this.. can I keep it?" 🙂

You can turn off all the ClearType in Windows 7 if you want and give it a Win2000 look by selecting the "Classic" theme - but I don't like doing that because I like my 7 to stay 7, so to speak.

What I do instead when I feel like going for that old-school blocky-font experience is to fire up a VirtualBox session of Windows 2000. It's amazingly quick considering it's an entire OS run software-only.

I keep my Win2k bone stock: 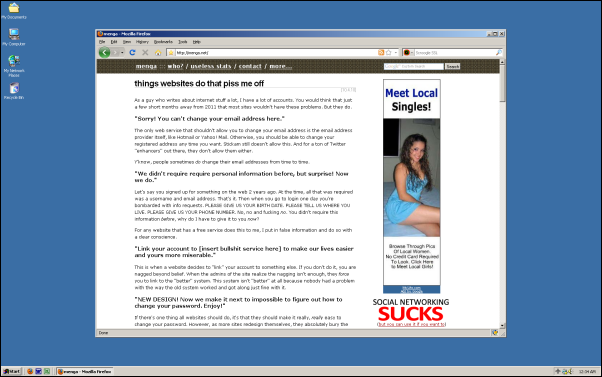 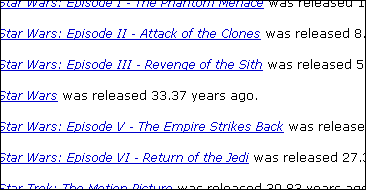 This environment is very nice on the eyes at times. ClearType, as good as it is, sometimes just feels wrong. Don't ask me why because I couldn't tell you. It just does. You need a break from it every so often.

My Win2k is a fully updated one. Every patch released by Microsoft is in it and I made sure to do that before support officially ended back in July 2010.

I can run my Win2k full-screen, which I do just about every time I use it. It's exactly like being in front of a box that would have it natively installed, so there's no difference. I can even play YouTube vids with minimal chop - even full screen!

Another reason I prefer to use Win2k when I want to "go blocky" for a change a pace is because all the old-school system icons are in there as well. If you do it with your Win 7, you still have all the newer ones. When you want to go whole hog with old-timey Windows, you gotta use the genuine article.

On a final note, you'd be surprised at how many XP users there are out there that use fonts exactly like this. Windows XP by default does not have ClearType turned on. Being that most people don't know about this, they just assume XP is always supposed to have that blocky-font look to it.