The next music trend in 2015 will be the protest song 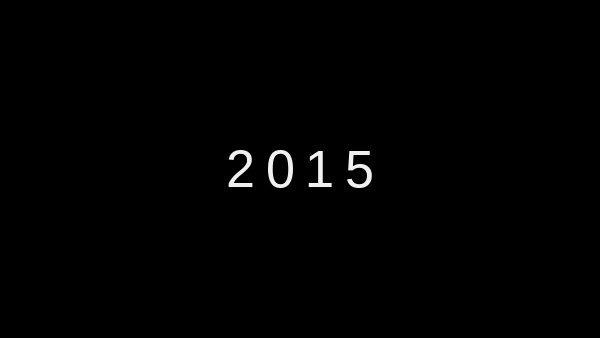 The Year of Our Lord 2015 is right around the corner. What will happen to music in that year? Let's talk about that.

I believe a thing will happen in 2015 that will be a repeat of the 1960s, that being the protest song.

In 2014, a lot of protests happened in America as well as the rest of the world. Tons of them. And they're still going on even into 2015. But to date, none of the protesters had any music to go with what they were protesting about. No song was written that I know of that expressed the feelings of the people.

To wit, "protest song" does not mean "fight song." Not at all. Fight songs are the kind where the lyrical content tells a story about going into battle. That's not a protest song.

Arguably, the most popular protest song of all time is Give Peace a Chance by John Lennon. Another example of a protest song would be Universal Soldier by Donovan.

Now I want to make something very clear here. I'm not into that singer/songwriter acoustic style, and I am not a fan of protest songs...

...but the time is right for them.

Because The Fantastic Plastic Machine is completely out of ideas.

From the Billboard Hot 100 at the time I write this: 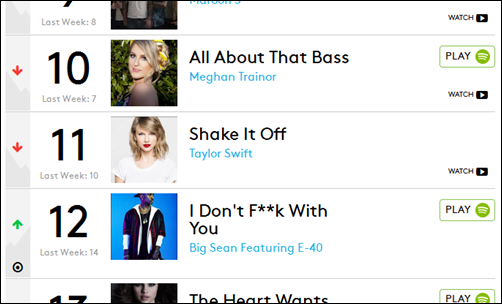 Here we see two plastic songs, and a third that's the true scraping of the bottom of the barrel. It's a "song" (it really isn't) with a curse word in the title. That is the lowest of the low. It's a last-ditch effort to get attention. Sad. Real sad.

...how many songs do we need about butt? 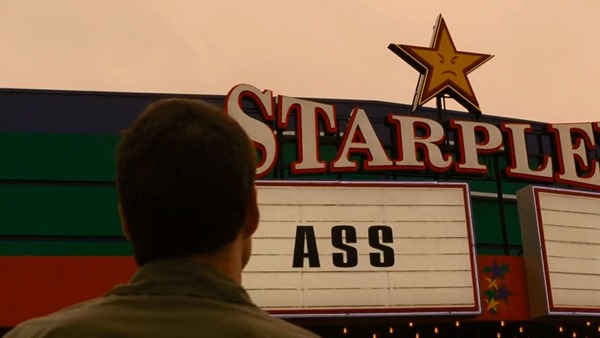 There's a movie from 2006 called Idiocracy. While not a very good movie (it's so-so at best,) it's referenced to routinely as to what can happen when people get so dumb that they'll be amused by the dumbest things.

The above is from a scene where the narrator says:

Joe had awakened to a world in crisis. The economy was in a state of deep neglect. A great dust bowl had ravaged food supplies. And the #1 movie in the country was called...

And that's all it was, for 90 minutes. It won 8 Oscars that year, including best screenplay.

Butt is the #1 subject in popular music right now. Now of course it's called by other names such as "booty" and "trunk," and of course butt, but no matter what you call it, it's butt. This kind of music content does not speak to anyone young, old or anywhere in between. It is music written specifically for stupid people.

People are sick and tired of hearing about butt.

The protest song isn't about butt at all, thank God.

How do you write a protest song?

The process is as simple as it gets. It's just one guy or one girl and one acoustic guitar. That's it. The song should be simple, straightforward, not flashy and have heavy concentration put on lyrical content because it's the message that matters.

What message should be said if you write one of these? Whatever you're passionate about that you feel would resonate with the people.

Are protest songs political? Yes, and they pretty much always have been. You do have to be comfortable with that subject in order to write a protest song.

The coolest thing about protest songs is that it doesn't matter what age you are. It's a style open to anyone regardless of age or gender. Yes, this means anyone can score a hit protest song.

There's a growing number of people that are looking for new (keyword there) songs to rally around; the kind of song that speaks to them and what they believe in. Right now there are none, so the playing field is wide open.

If you were looking for an insider opinion of sorts to let you know what The Next Big Thing in music will be, just read the news. It's obvious that the protest song is what's coming next.