this guy is right on the money 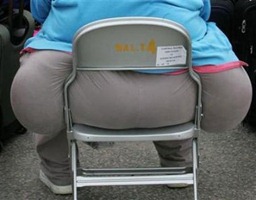 Being that I'm single I scan the personals every so often. I spotted one on craigslist that was actually written by a guy in the girl's section. It's full of nothing but pure awesome. The original is here, but as I'm sure it will be flagged and deleted in short order, here's what it said (and here's a PDF backup):

More often than not, I'm a pretty laid-back fellow. I'm a firm believer in "live and let live." Unfortunately, we have now crossed that line into the Land of Unrealistic Expectations. I post this not to criticize or offend. Consider me your Christmas Guardian Angel. Have a bit more common sense and you'll find that mysterious person you're out for. There's not many things to fix here, but the things that do need to be adjusted are critical.

1. Stop with the applications. Seriously. If you go into things making the guy think he's applying for a job, he won't be receptive. Half the fun of a new relationship is finding out the new things about the person you're with. If you go into the first conversation with a list of their likes and dislikes, that first dinner is going to be spectacularly awkward.

2. Stop being unreasonably demanding. Don't demand a photo if you haven't included one. You shouldn't be basing responses solely on an aspect that can be so easily faked anyway. How about basing your response on whether or not the person is interesting? I can send you a photo of Brad Pitt with my reply if you really want. Besides, when you demand a photo from these cretins, you're probably not getting a photo of their face.

3. Adjust your standards. I get that you want Prince Charming. but if you're 22 with three kids, it's time to come out of the Disney tale. I wish I could tell you differently, and I wish your bastard children didn't have to deal with the reality of your incredible mistake so early on in life. I sympathize with you. I truly truly do. But at this point, the pool of eligible fellows that will pay attention to you has dwindled. And please stop insisting you're not looking for a father for your children. If I hear that, I assume they have no mother as well. If I start a relationship with a woman that I know has children but is out with me anyway? I'm all too well aware that that is bad parenting. You may not want a father for your kids, but you should certainly go be a mother.

That's all. Four things. I'm sure men are just as guilty as women on the bulk of these things. But surely, this can't devolve into a game of "He Started It." I fully expect to get a load of hate mail and be flagged down quite quickly for this, but heavens, someone had to say it.

The above states pretty much why I don't date more.

Oh, and by the way, in case you're thinking the ad was written by some old dude who's disenchanted with the online dating scene, think again. It was written by a 26-year-old - eight years younger than I.