Okay, back to the good stuff.

Below: The sign for the Men In Black - Alien Attack attraction. You get to shoot aliens in this ride. Fairly cheesy but fun. 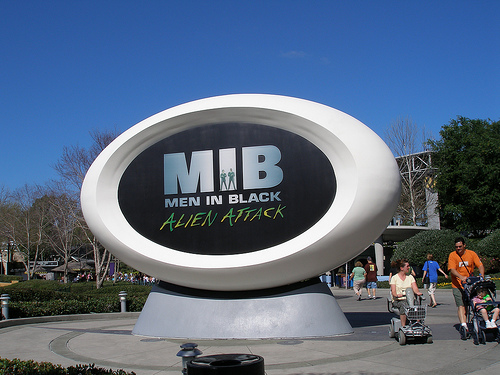 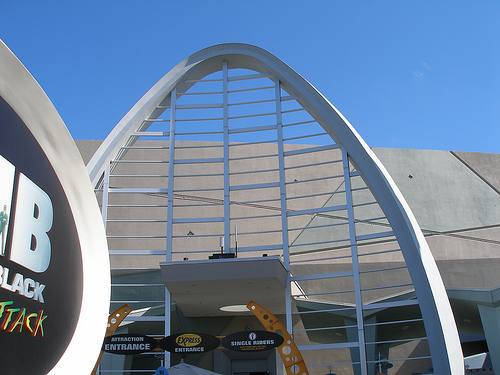 Below: The huge fish next to the Jaws attraction. I did not go to this. Line was way too long. Next time I go I'll check it out since I have a one-year pass. And yes, those are kids sticking their heads into Jaws' mouth. Kids are weird. 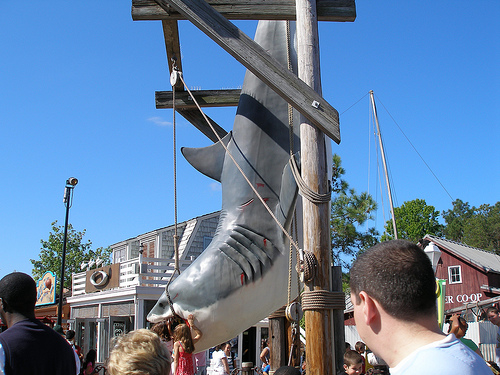 Below: This store, along with the Back To The Future ride itself, will most likely disappear after March 30th 2007. They have this ultra-cool looking DeLorean sticking out of the wall inside the store.

I wanted to buy every single frickin' thing in there because it was all BTTF merchandise. But alas, funds were limited so I got a cool keychain and a Johnny Lightning BTTF Time Machine. I'll post pics of those later. 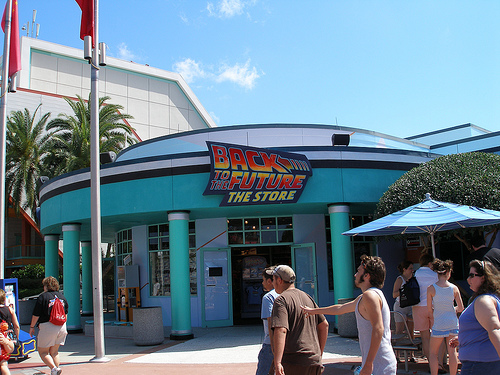 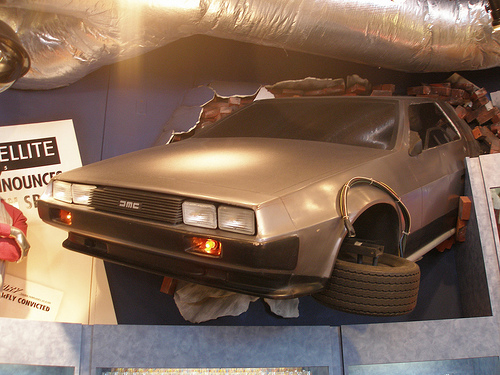