Below: The Universal Studios store. Although the photo doesn't accurately show this, the sign you're looking at is huge. 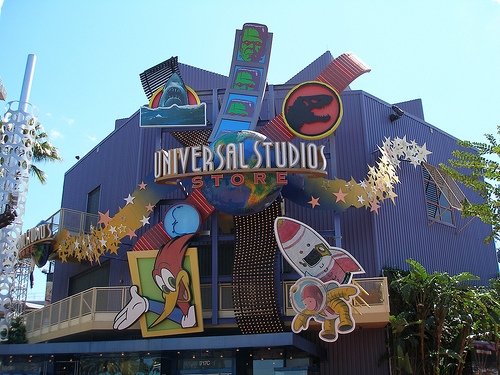 Below: Part of the entrance to Islands of Adventure, the other park at Universal. Again, the pic does no justice. That thing is frickin' tall. 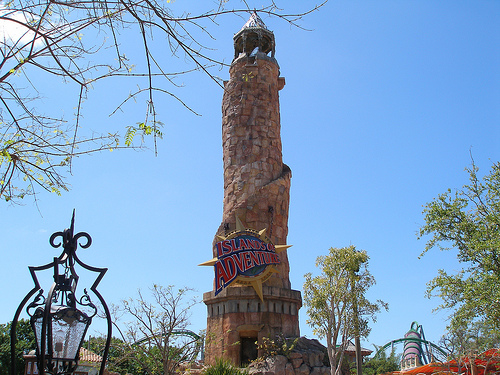 Below: A large bridge-style entrance that has "The Adventure Begins". It really looks like carved rock. Nicely done. 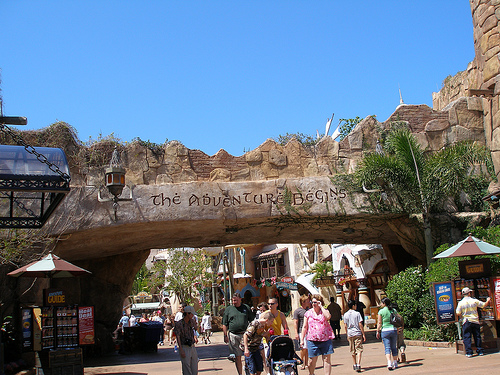 Below: Some of the "Suess Landing" portion of IoA. I know a few people that would go ga-ga to see this. It's every bit as cool as it looks. Once again, the pics do no justice to reflect how big all this stuff is. 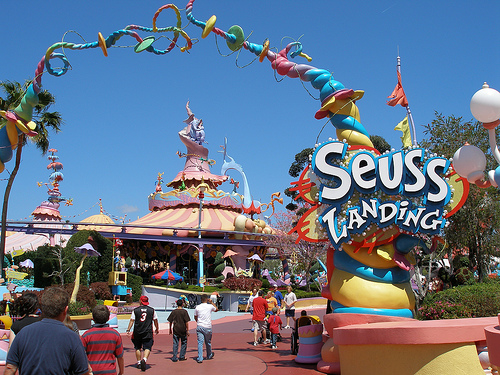 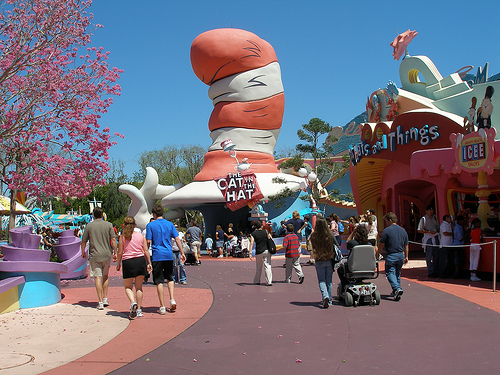 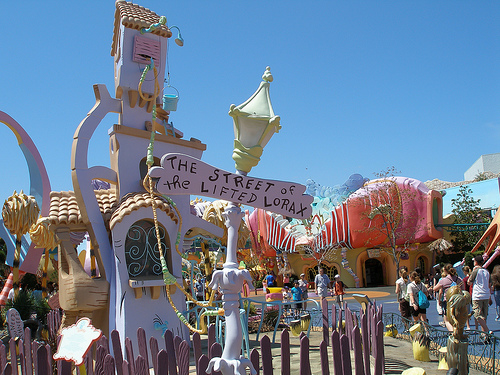 Below: This exit sign for Suess landing states "Think left and think right Think low and think high. Oh, the THINKS you can think up if you only try! Bye-Bye!" 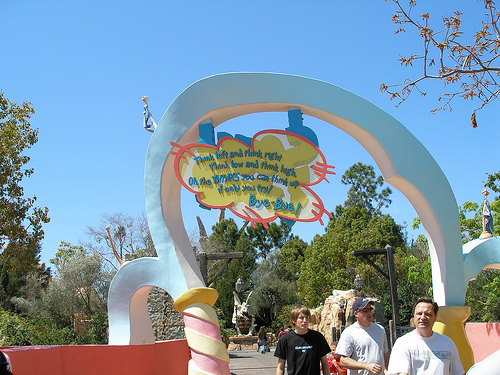 Below: Some pics from "The Lost Continent" 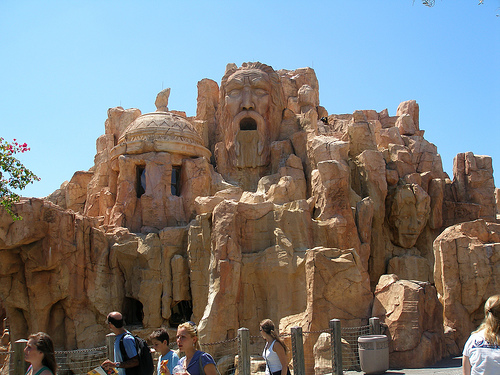 Note on the one below: See that lady next to the base of the structure? She's directly next to it. That's how huge this thing is. 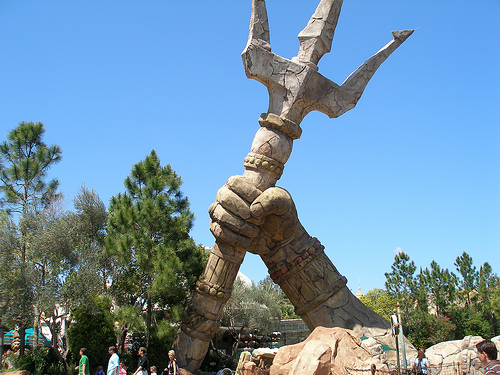 Below: This is, if you can believe it, a restaurant. It's called the Enchanted Oak. Note the face in the structure itself. 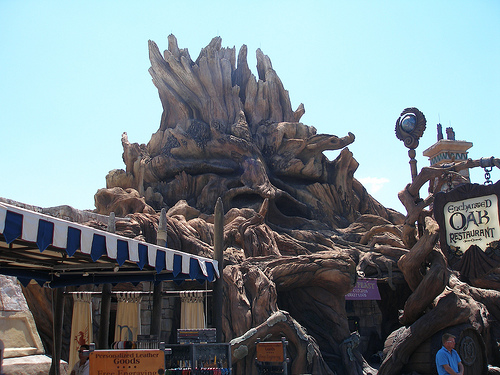