Windows can be customized, you know 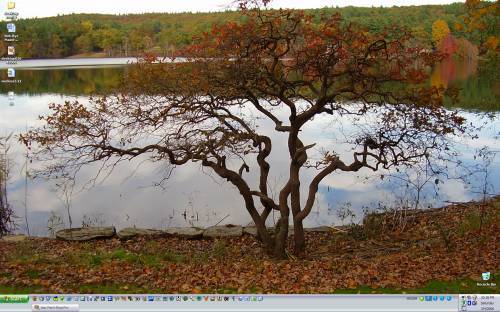 Note I said one of my current XP desktop screens. I actually can choose between four of them at whim. 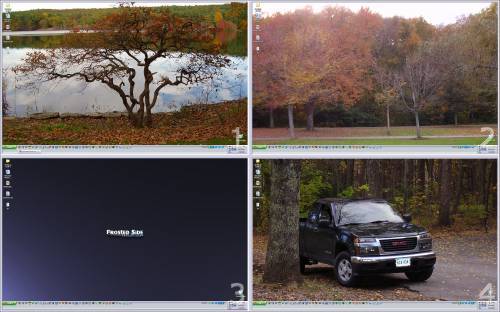 How is this possible? Virtual Desktop Manager for Windows XP. It's on the PowerToys page. Very nice to have and it's free which is cool. I'm hoping the VDM will be a standard feature in Windows Vista when that's released.

Note to anyone using the VDM that's having wallpaper issues: Easily resolved. Dump the wallpaper you want into the folder C:\Windows\Web\Wallpaper and then you will be able to choose each desktop image easily from the VDM itself (not by right-click Desktop / Properties).

To anyone wondering: Yes, each desktop image is made by me. Three of them are my photos (#4 is my truck), and one is a "corporate" logo of my biz name. All the desktops appear wide because they actually are wide - I use widescreen display (1680x1050).

Here's a screenshot with a bunch of different apps opened. Yes, you can truly separate the desktops with VDM. 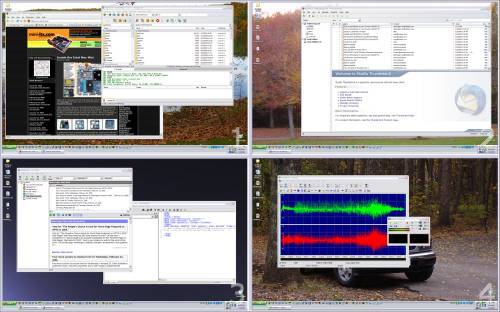