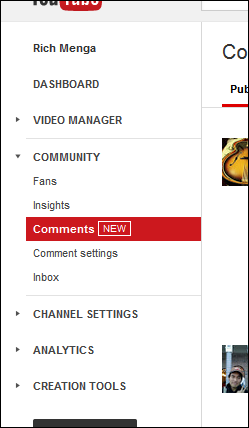 When the Google Plus integration into YouTube happened, originally the comment notifications in-browser were shown via a little bell icon at top right. Well, this has changed, or should I say reverted, back to how comments used to be handled within the YouTube system.

In-browser comment viewing and moderation now happens from within the YouTube system and not within G+. If you want any sort of notification, you either have to enable email notifications or you won't get any at all.

YouTube labels this as "NEW", but it's not new. It's actually the old way, just on a different platform. Instead of comments filing in from YouTube accounts, they're now filing in from G+ accounts. Same thing, different system.

The only thing that is new - and doesn't work - is the "Marked as Spam" tab:

This portion of YouTube is currently broken for three reasons.

First of all, there's no way to select-all. That's dumb. There should be the ability to select-all and mass-approve, mass-mute or mass-ban. In general practice I don't ban people. And I probably wouldn't use mute often either. But I would use mass-approve often.

Second, even when you un-flag a comment marked as spam, if someone flags it as spam again, I'm pretty sure it goes right back to being "Marked as Spam".

This can be changed via "Approved Users": 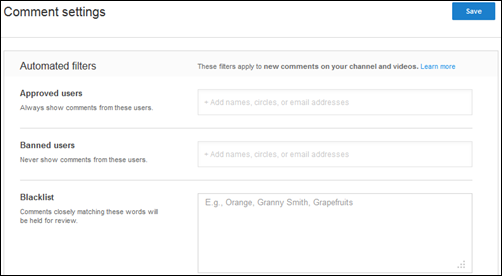 ...but that is a seriously dopey way of going about it.

Third, I've "approved" comments in there several times in a row, but the system doesn't update it as such and keeps showing the list as populated when it's not supposed to be.

It's like I said, that section of the comments area is totally broken. I'm sure YouTube will fix it... eventually.

I can only assume this happened because of a lot of yelling and screaming by partner users saying they didn't want massive amounts of notifications via Google Plus. And yeah, I can understand that.