windows xp lives on with posready 2009, but the pc is still dead

I just learned recently that Windows XP will in fact continue to be supported until 2019 - if running a certain edition of it.

END_OF_DOCUMENT_TOKEN_TO_BE_REPLACED 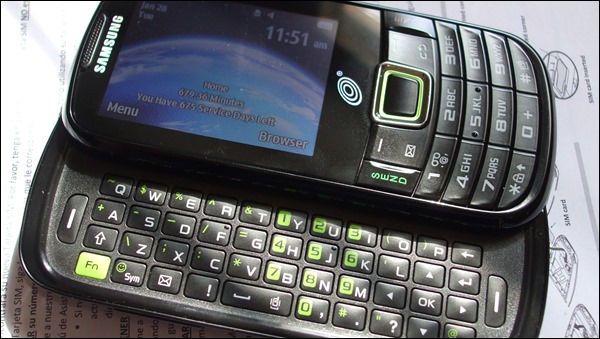 Over the years I've gone through several Tracfones, all because I was trying to find a handset that did everything I wanted it to do.

Well, I think I finally have one that fits the bill. Mostly.

END_OF_DOCUMENT_TOKEN_TO_BE_REPLACED

tape will not make a comeback 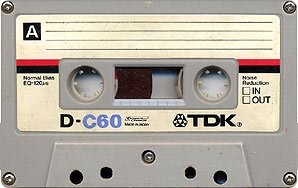 Compact cassettes (which can still be bought, by the way), known commonly as just tapes, is a totally dead format...

...but there are fools who think that it's going to make some sort of comeback.

When I first started buying music, it was nothing but tapes. When I started recording music, it was on tape. In fact, I have a duffle bag full of tapes that one day I will have to digitize, but I digress.

Tape sucks because it is literally the worst possible format you could use to record or play back anything.

Now you'd think with me being Mr. Retro at times that I would champion tapes. I don't, because I know they suck.

Not better than vinyl or digital in any way

There's nothing like the sound of a freshly-pressed vinyl record played on a proper turntable. That is the standard. No media format before or since has been able to match up to it.

Digital, be it on CD or as a playable data file, is not as good as vinyl. However, it is very crisp, clear and noiseless.

Tapes all have hiss, a.k.a. white noise, and lots of it. It is sonically worse than vinyl and worse than digital.

You gain nothing by using tapes. If you want to record on slack properly, use a proper reel-to-reel deck. But tapes? You've got to be kidding me.

Vinyl can - and this is no joke - last a century and even beyond that.

With digital, at this point it is unknown how long an audio file will last before losing integrity, because a phenomenon known as bit rot does exist, along with the fact that when a file is copied too many times, it loses integrity. If you've ever seen an image on the internet where a portion of it was "cut off", it's a good bet that the file simply started losing integrity either from being downloaded and/or moved too many times. With audio files, when they start losing data integrity you literally hear blips and harsh cracking noises.

With tape, you're lucky to get a year of regular use no matter how good the slack and/or the deck you use to record/play it in is. While it is true that tapes can last a very long time, the audio quality degrades to the point of being unlistenable. It first starts with treble loss, then over time the other frequencies get quieter, and in the end the recording sounds "muffled".

The best way I can describe bad tape degradation is to imagine someone trying to talk to you with their hand covering their mouth. That's the kind of sound tapes end up having in just a few short years with any regular use.

Does not provide any extra convenience

Any convenience tapes had was washed away by digital years ago. Portable digital music players were the final nail in the coffin for tapes.

A consumer-grade tape can have up to 120 minutes of recorded audio. Two hours, that's it.

Digital music players can obviously hold way more than just 120 minutes. Heck, even your phone can hold more audio than that.

Re-recording audio from one tape to another always results in the copied tape having less audio quality than the master. With digital, you will notice no quality reduction in a copied file at all, even if you send the file across the internet to the other side of the world.

Nostalgia can't save a dead format

People born in the 90s at the time I write this are between the ages of 15 (born in 1999) and 24 (born in 1990). The guys in their 20s are the ones who remember the tapes and are trying to bring back the compact cassette in an effort to recapture some of their childhood.

Trying to recapture parts of childhood is fine, but the fact of the matter is that tapes just suck.

Sure, I would find recording stuff on a Tascam 424 cool just for nostalgia's sake, because yeah, I am very familiar with the 424 and know it backwards and forwards. But there's no way I'd use a 424 as a regular production machine. Not a chance. I'll stick with my Zoom R8, thank you very much.