How to get great clean tone for electric guitar 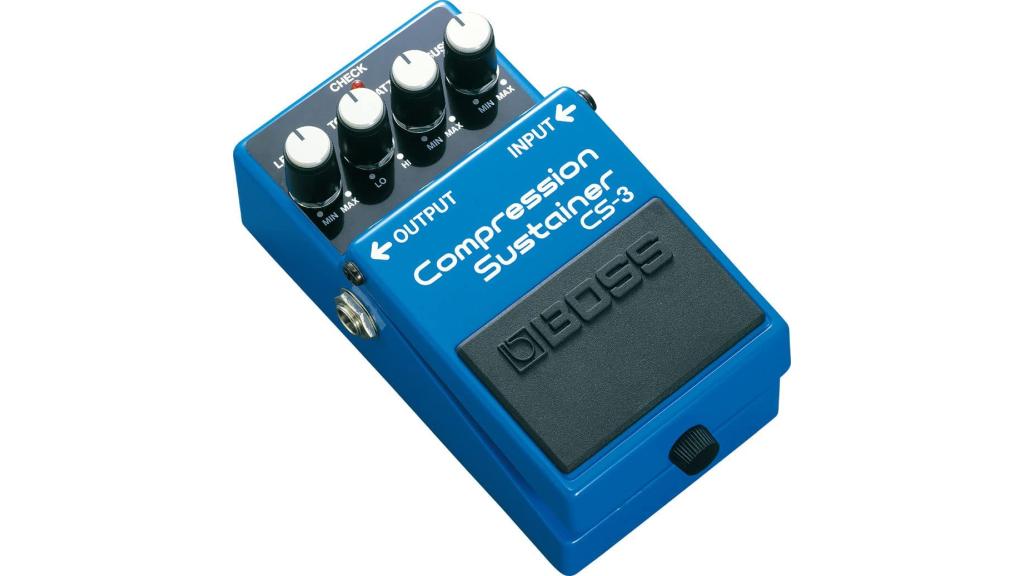 Let's talk about clean tone and how to get it right the first time.

Getting a good clean sound out of a guitar is actually not that hard to get, but it has to be approached in a specific way.

Step 1. Use the bridge pickup

Easy to do. Switch your guitar to use the bridge side pickup. You do this because to get the most treble tone. Later on you can experiment with other pickup positions, but for now, switch to bridge.

Most guitar players simply think "turning off everything" is the only way to clean tone. It isn't. Compression is necessary. You can do this with a BOSS CS-3, the (much) more affordable Behringer CS400 or use a muilti-effects unit like the DigiTech RP360 that I use.

No matter what style of music you play, if you're going clean, compression is mandatory. Why? Three reasons.

First, it evens out the string volume so the wound strings don't "boom" over the plain strings.

Second, it makes every note heard clearly no matter where you are on the fretboard.

Third, it allows you to play softer so you're not getting fret buzz all over the place. When playing with an overdrive or distortion affect, that masks just about all the fret buzz. But when playing clean, all the buzz is heard. And no matter what guitar you play or how perfectly set it up it is, there will be times you will hear small amounts of fret buzz when playing clean. The simple solution around that? Play softer. The way to bring up the quiet notes when playing softer? Use compression. Problem solved.

Step 3. Purposely use a tone that's slightly broken up

If you have ever played guitar through an amplifier cabinet that uses Celestion speakers, you know that there is no way to get 100% crystal clear clean tone through those. And the reason for that is that Celestions naturally break up and distort the more they're driven. This can easily be heard when playing live with a band when the amp has to be turned up to be heard.

As a side note, this is a big reason why there are many guitar players who prefer bass amps such as a 100-watt Fender Rumble (which by the way can be had up to 500 watts if you want something that really thunders.) If you play a lot of clean tone stuff, it's typically true the bass amp will serve you a lot better...

...there is something pretty cool about the sound of a broken-up Celestion when played clean.

In the example video above, my sound isn't 100% clean. I purposely used an amp model out of my DigiTech RP360 that wasn't crystal clear in its sound, and in fact has slight distortion to it with some treble cutoff. That kind of tone is similar to a guitar amp played clean at a medium volume using Celestion speakers.

In the end, a slightly broken up clean tone sounds "more real." There are many hit songs from the late '70s that have that broken up Celestion tone to it. Three examples are Back on the Chain Gang by The Pretenders, Roxanne by The Police and My Sharona by The Knack.

Not required, but it helps for one simple reason. It helps make chords sound more in-tune.

The standard advice given is to purposely tune the G string 15 cents flat. This is a very slight detune of the G and you need a tuner that can display cents such as the tried-and-true Korg GA-1.

However, even with that G tuned to 15 cents flat, there are some chords that will still sound slightly out-of-tune...

...which is where washy chorus comes in. The chorus effect liberally applied will mask that slightly-out G string.

In my example above, I am using no reverb. Yes, it sounds like reverb, but it's not. It's delay.

The RP360 I use has many delay effects in it, and one of them is 2-tap. This style of delay uses repeats at varying rates. This means that instead of a sound repeated at a rate of every X milliseconds, it introduces differing rates. Think of it the same way as if you chained two delay pedals together with one set at 400ms at 50% volume and the next one set to 600ms at 25% volume. The end result of this is a "dreamy" style delay that sounds like a reverberation effect but is in fact all delay.

If using pedals, the easiest way to get multi-tap without breaking the bank is just use two. My recommendation here is to get two smaller pedals with a lot of range. The Tom'sline digital delay is the best solution here. Chain a pair of those together and it's easy to get multi-tap goodness.

Single pedal offerings for multi-tap aren't cheap. Far from it, actually. And they're complicated. The Pigtronix Echolution, while a very cool pedal, is really expensive, not user-friendly at all and outright intimidating. I'd recommend the the RP360 over the Echolution any day of the week. Even if you use the RP360 for delay and nothing else, it's way cheaper and easier to use.

Clean is not really clean?

For electric guitar tone, total absolute clean tone actually doesn't sound that good. It is OK to dress up the sound with compression, very light overdrive (broken up tone,) chorus and delay.

Remember that the only guitar that absolutely sounds right 100% clean is, of course, acoustic. For electric, yes you have to apply some effects to get the clean tone sounding right, and it's not a sin to do so.