The barber shop I always went to back at the stomping grounds called The Shoppe in Putnam Connecticut. I always went there because the price was right and they never cut my hair wrong.

When I moved to Florida I needed to find a new place to get my hair cut. There's a local SuperCuts near me and to date they have only cut my hair the right way one time - and that was last year. Every other time I had to wear a hat for at least a week to let my hair grow out to hide the mistake(s) they made each time.

Earlier this week I went to get my hair cut at SuperCuts and it was done completely wrong. And I mean bad. How bad? On the back of my head where I have it cut real short the girl who cut it left random lines because she had absolutely no clue how to use an electric clipper.

I searched on the internet and found this shop called Cut-N-Edge right off of Busch Blvd. in Tampa.

Let's just say they've now got a customer for life. That shop is awesome. Ultra-clean, has a big-screen TV in it to watch while you're getting your mop chopped, pro-style chairs, the works. Really classy shop.

And the most important part: They know how to cut hair right the first time. You feel like you're getting a 50-dollar haircut. Not only did they fix all the screw-ups that SuperCuts did but also did everything else right.

Saw something neat today - THE GOODYEAR BLIMP. Seriously, I did. I got photos and a video of it.

Here's some photos I got: 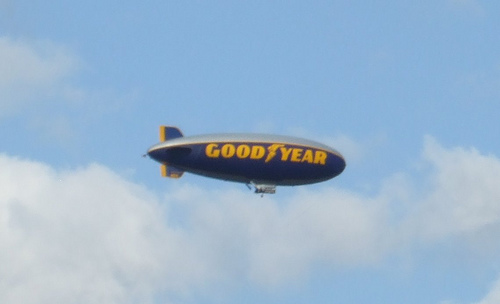 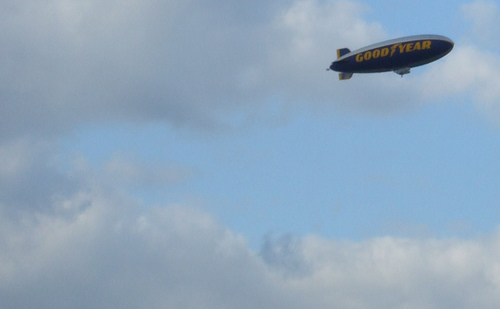 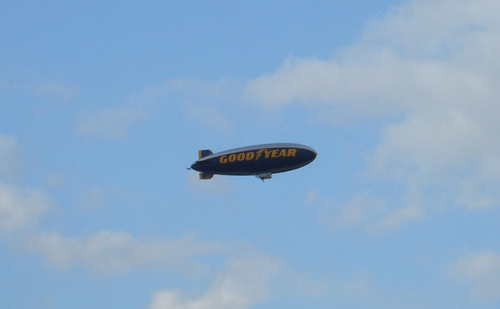 This is the first time I have ever seen the actual Goodyear blimp in flight.

things that happened over the weekend

Circuit City is going out of business and they've been touting this EVERYTHING MUST GO crapola, so I figured I'd stop by just to see if there were any good deals on anything.

What I found was that things were (supposedly) marked down 10%. That's it. There was absolutely nothing in the store worth buying. Everything was overpriced as usual.

I kind of knew this even before going, but said to myself, "Well, maybe this time it will be different." Nope. Same old crap. When a store is going out of business, the first thing they do is mark everything up. Circuit City was no different.

For the past week I've been in search of what's called a bead curtain. You may know these as door beads or "hippie beads". I have this small passageway between my living room and the bathroom and a bead curtain would fit there neatly.

Wal-Mart doesn't have them and evidently nobody else does either. I even went to a "Bed, Bath & Beyond" looking for the stupid thing and they didn't have it (but did pick up a shower caddy and a new bathmat because I needed one).