After using a combination of B-Complex and Zinc for a few weeks, I have had good results with the exception of one thing - my face still oiled up every few hours.

The last supplement I'd been avoiding because I didn't know if I needed it or not was chromium picolinate, so I said 'What the hell..' and bought a bottle. Not cheap, by the way - it was 10 bucks! Compared to other supplements, that's pricy.

Okay, so chromium is an itty bitty pill that only gives you 400mcg. I'm looking at the pill thinking, "I seriously doubt something this small is going to do anything for me." But I'd already bought the things, and I'd read in many places only to take just one a day because you're supposed to take it in itty-bitty amounts. Down the hatch it went and I went to bed.

The next day I wake up and go to the bathroom to do my usual morning business. I drag a finger across my forehead, and guess what - it wasn't nearly as oily as usual. We're talking dramatically less here. I was a happy guy. Finally, after all this time, I'd found something that tamed those skin oils.

The day after that, the results were even better, and as of now my the skin on my face has what I consider to be a normal level moisture to it. To put this in perspective, if I drag a finger across my forehead, the moisture feels the same as if I dragged across the neck - and that's the way it's supposed to be. For me, anyway.

I think I've found my magic combo of supplements that works for me. B-Complex, Zinc and Chromium Picolinate. Those 3 make my skin look, feel and act like it used to. Probably better. 🙂

If you like the idea of chromium but don't want to take the pill, several foods naturally contain high amounts of it. Namely tomato, spinach, broccoli, onion, garlic, basil leaves, lettuce, fresh chili, green pepper, beet, mushroom, rye, apple, orange and banana. Because of this I'm going to start eating more of all of those things (the ones I like, anyway).

As I said above, I've read several times in several places not to overdo chromium, because if you do, it will (not might, will) cause hypoglycemia.

Being that I know chromium evens out the oils in my skin very nicely, I'm going to switch my diet to eat more chromium-rich foods and eventually use that exclusively instead of taking a supplement.

I'm just happy I finally found out why my face was always so oily to begin with, and now know how to take care of it. 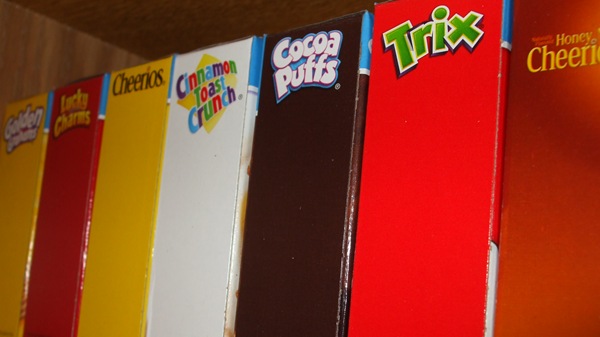 I went to the market today to get some sushi because I like it. "California rolls", specifically. Tastes good, but I don't touch the wasabi because I like my mouth not to be on fire.

The aisle I passed through to get to the seafood area was the one with all the breakfast cereals in it. The colors from the boxes jump out at you (as designed) and you can't help but look.

Breakfast cereal to the best of my knowledge is made of one of three things. Corn, oats or wheat. Kid cereals in particular are mostly corn because it's sweeter.

Something that I've known for a long time is that since I'm aware of of what breakfast cereal is actually made from, I know that most cereals are essentially sugar-flavored horse food (oats, specifically) - and I'm okay with this. Someone figured out a long time ago that if you dump enough sugar on oats and douse it in milk, people will eat it - and the rest is history.

I bought the cereal for two reasons. First, the boxes themselves. They are bright, festive, and at least you know in the multi-paks that one box is in fact one serving. Second, I have many childhood memories that involved eating sugar-infested oats, corn and/or wheat. Just about every day before school I'd down a bowl of sugar-infested crap. Buying the cereal was an easy way to relive old memories on the cheap ($4.39 to be exact).

Something I noticed is the boxes have changed - and I'm not just talking about the logos. The physical dimensions are different. Now they're taller/skinnier instead of short/squat. It's still the same 30-to-32g serving, but I guess the tall/skinny thing make the boxes look bigger.

It rained almost all day today. I took this shot right outside my apartment after the rain mostly ended. 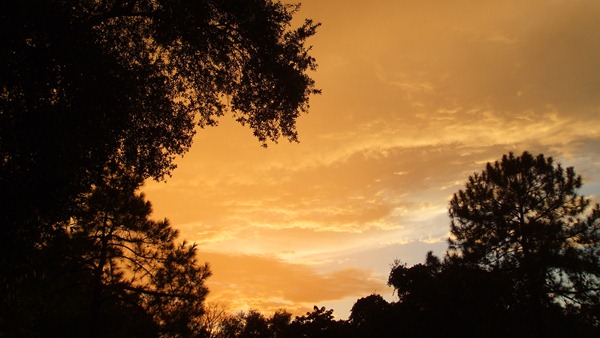