Burnside "The Lance" by Guild guitar

Below: Something I've been meaning to do for a while, that being showing photos of this particular guitar I own. Someone did a Google search (yet again) for this guitar and ended up on my site (I mention it in some other posts here), so I figured I'd make it official and make an entire post just about this guitar.

This is a Guild "The Lance" Burnside guitar. It was made to look very similar to the Jackson Rhoads V model. I bought this guitar years ago for $89.00 used from a music store in Southbridge Massachusetts and yes, I still own it. I had always wanted a "V" guitar and hey, the price was right so I couldn't say no. I've had it ever since. While it's true I own much better guitars like my Schecter C-1 Classic, I still play this cheap Guild from time to time.

The guitar is in its original color, with a 21 fret neck, stocked with EMG active pickups (the 9-volt battery is below the pick guard), the strings are top-loaded only and there are no holes in the back. The reason you don't see any bolt-on screws where the neck meets the body is because there are none. This is either a "neck-through" design or it could possibly be a one-piece.

Compared to other V's, this one is weighted perfectly. The headstock does not "drop" when you have it strapped on in standing position. The bowl-shaped cut in the back is unique to this particular model as it doesn't cut into your body at all (a nice touch).

The bridge is not original, it was replaced due to one of the string saddles breaking. One of the volume pot knobs is also obviously not original. I never bothered replacing it.. why bother?

The back of the neck has its paint worn down (it was like that when I got it) and there is a finish crack.

On the headstock, the locking nuts are missing. Since I don't use the tremolo I never bothered to get replacements.

This guitar surprisingly stays in tune very well and has distortion so "hot" it distorts on clean when the bridge volume pot is turned all the way up.

The Lance is one of those guitars made in the glory of 80's heavy metal when every kid in town wanted to pick up a guitar, and manufacturers were more than happy to oblige. That time has past, but the guitar is still cool - and it still plays well.

When was this guitar made? Unknown. Were I to guess, I'd say around 1985, which would make this guitar over 20 years old. 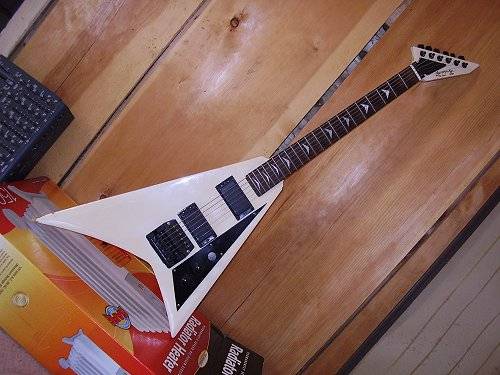 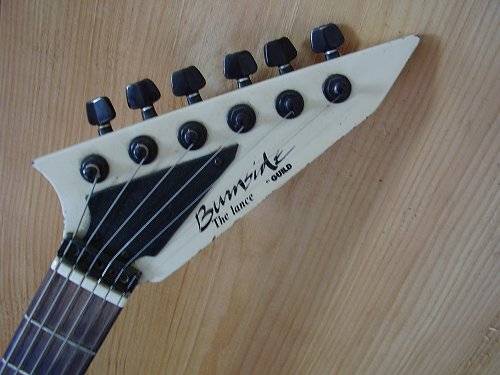 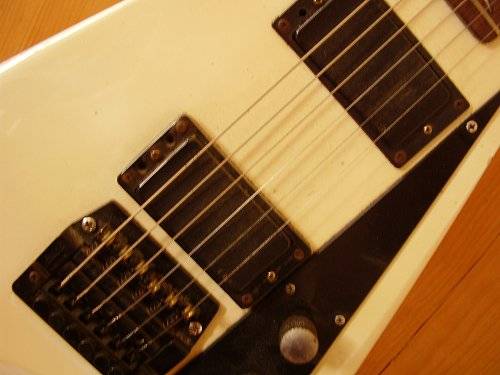 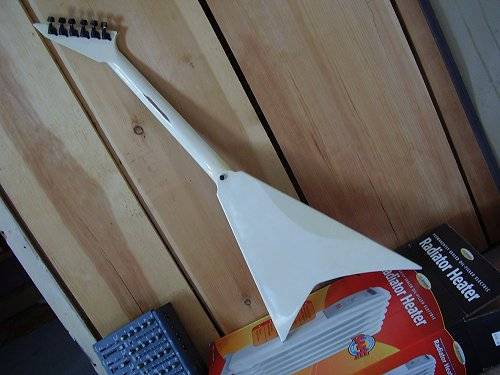