Formatting a USB stick to work in all smartphones 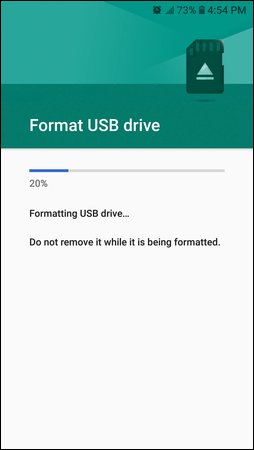 It's funny what particular filesystem is the standard, and it's over 15 years old.

I currently bounce between Windows, Linux and Android (technically Linux with a modified kernel), and sometimes I need to move files between the devices I use. There are three ways to do that. Either a) use the internet, b) use my local network, or c) use a USB stick.

Internet works but it's slow because I have to upload to the cloud first then download on the other computer I want to copy files to. Using a local network is faster but the amount of setup required to get Windows, Linux and Android all talking to each other is difficult and not worth the bother...

...which leaves the USB stick. It is the fastest way to get large files from computer A to computer B, if it's a filesystem they can all read.

That system is exFAT. 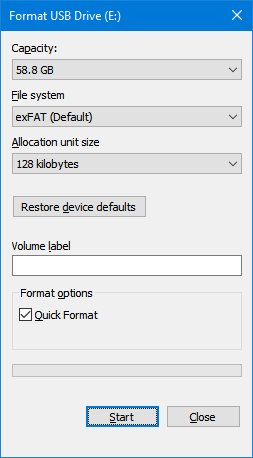 exFAT is old and has no journaling. It's a filesystem that was introduced by Microsoft in 2006 and is specifically designed for use on USB sticks and memory cards. The biggest advantage of exFAT over the older FAT32 is that you can copy files greater than 4GB in size. The theoretical maximum file size that can be copied to an exFAT filesystem is 128 petabytes.

I found out how important exFAT actually is when I started doing some research on the Linux filesystem ext4.

Supposedly, Android phones can read a USB stick formatted to ext4. Yes, I know ext4 is a journaling filesystem and it can potentially "beat up" a USB stick, but I wanted to try it anyway, so I did. My Android phone would not read the stick. Not happening.

I then formatted the stick using the phone itself. The filesystem it chose? exFAT.

Then I searched around to see if it's possible to "format" a USB stick to exFAT in Linux. The answer is yes, but tools need to be downloaded. In Ubuntu/Kubuntu/Xubuntu, the tools to download from Synaptic Package Manager are exfat-fuse and exfatprogs, which gives you mkfs.exfat, and from there you can format a stick or a card to use the exFAT filesystem from the command line or partition manager of choice.

exFAT is the best thing to use on a USB stick that Windows, Linux and Android can read with no fuss. It's an awful filesystem for an OS (I honestly don't even know if it's possible to run an OS on exFAT), but just fine for its intended use on USB sticks and memory cards.