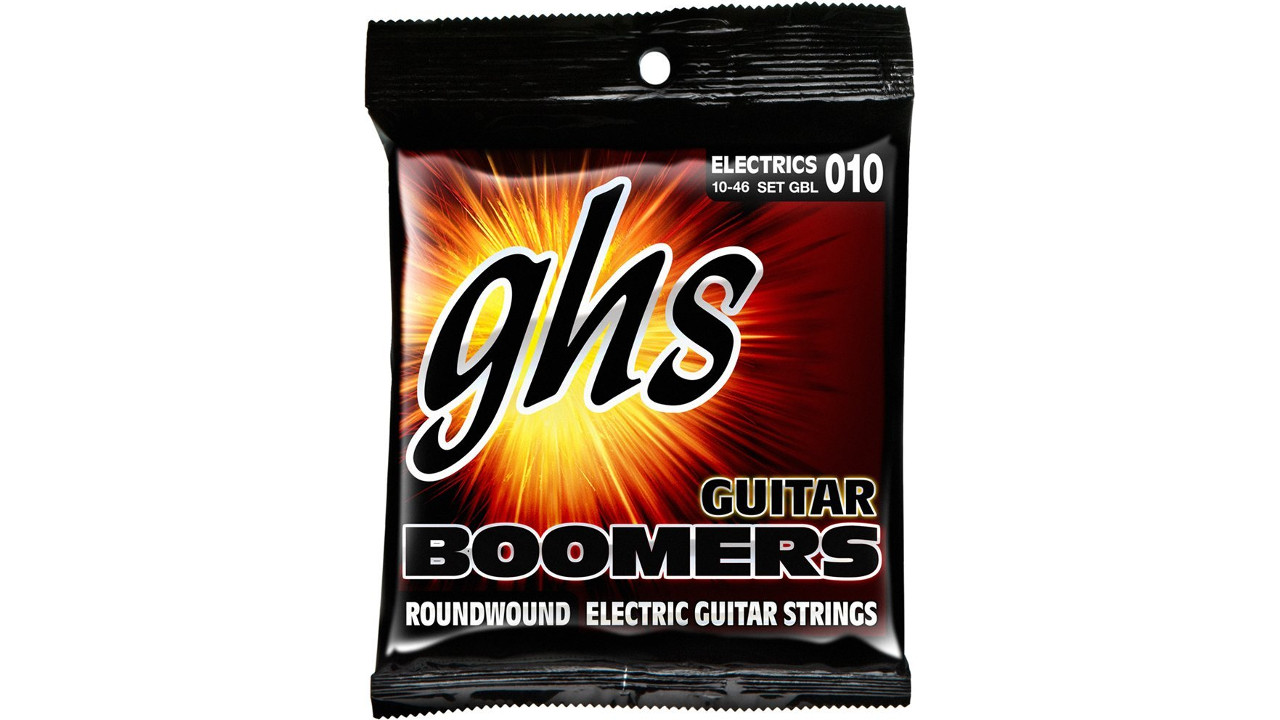 Over the years, I've tried out many different guitar strings from different brands. This is my review of how they performed.

I'll start with the most recent brand I've been using.

The immediate cool thing about these is that GHS Boomers can be bought cheap. But that doesn't mean they perform badly. I've found them to perform quite well. They last a long time and handle string bending easily without snapping too early.

The best thing about these strings is actually the packaging. Each string is individually packed in the pouch with each clearly labeled. In addition, you do not need scissors to open the pouch nor the individual string packets. THANK YOU, GHS for doing this.

The cons of this string is that these take a long time to break in compared to other strings. And while they keep tune, I do have to tune up my guitar after leaving it sit for a day.

The best thing about D'Addario strings is that they're available everywhere, at least in America. It's also very easy to find 3-pack bundles of them in several different sizes.

The second best thing about D'Addario is the wide range of sizes, gauge sets and string types. Everything from heavy bottom to half round (which means a semi-flat surface, the "middle ground" between roundwound and flatwound) to super-bright ProSteels, D'Addario has you covered.

The EXL is "the regular string" that most guitar players use.

My experience with the EXL is that it's good, packaged well and one of the freshest strings you can buy since people buy these so much (stock is routinely replenished and these don't sit on shelves for extended periods of time.)

Pros of the string is that a fresh set rings very nicely, don't snap prematurely and is one of the longest lasting strings you can buy.

Cons is that these things go dead real quick. Treble response can be gone in as little as a week if you play your guitar regularly, and they also seem to rust up fairly quickly too.

I used these for a while. Priced right, and the absolute best part is that these strings break in faster than any other I've tried. In my experience, I could have these things stretched properly in less than 20 minutes. I'm not kidding. They also last a while and keep decent treble response for the life of the string.

As for cons, I have opened up a bad set of these a few times. I've also opened up a few sets where the plain strings were showing rust right out of the packaging. And while the string keeps great tune and treble response, they have a nasty habit of rusting up early and denting.

Like D'Addario brand, these are available everywhere and are easy to come by. They also keep a nice low price. A fresh set rings very brightly, and the strings keep their treble response for a good long while.

The major con of this string is that in my experience they are too bright to the point of being shrill.

Now if you're the type of guitar player that likes really, really bright-sounding strings for cheap, A Regular Slinky set will work well. Specifically, this string used on a guitar with humbuckers and played with a thin celluloid pick will bring out treble you didn't even know was there.

However, on guitars with trebly single-coil pickups (most Fender guitars,) this string can sound like an over-trebly mess.

Other cons of this string is that they do take a while to break in, and if you like bending strings a lot, they may snap prematurely.

My only real knocks against this string are price (other competing brands are cheaper) and the fact that finding bundled sets is not easy. And when you do find them, you usually get no discount.

To the best of my knowledge, DR does not offer 3-set bundles from the factory, so it's up to the individual seller to do so, and that's why the price for a bundle is high. It's too bad DR doesn't offer bundled sets from the factory.

There was a time when I used nothing but Fender Super Bullets, but stopped for two reasons which I'll get to in a moment.

Super Bullets have a great sound to them, break in fairly quickly and last a long time. The feel of the string is also quite good.

Here are the two reasons I stopped using Super Bullets:

First is price. You cannot get these strings cheap, and there's nothing about them that makes them any more valuable compared to competing strings. Average price is $8 per pack. That's almost double the price of most other brands.

Second is the bullet ends themselves. This takes a bit of explanation.

If you have a top-loader guitar like a Jazzmaster, Jaguar, SG or Les Paul, you won't have any problems with the Super Bullets.

If you have a guitar where the strings mount through the body like a Stratocaster or Telecaster, you will eventually have a problem. And that problem is the bullet ends getting stuck inside the guitar.

Every guitar player that has used Super Bullets strings on a Strat or Tele has at some point had one or more of the strings get stuck when they go to perform a string change. The way to get that stupid bullet end out is to take a discarded wound guitar string (such as an A or low E string,) bend it in half, shove that bent end into the top side of the hole where the string is stuck, then push and tap until that bullet end shakes loose.

After that, you treat the string channel. Spray a pipe cleaner with WD-40 silicone lubricant, run that through the channel a few times, and that will prevent a string's bullet end from getting stuck again. Don't use regular WD-40 because its lubrication will wear out too quickly and stink up your guitar. Lubricate the string channels once every 6 string changes or whenever the bullet ends start sticking again.

Love the Super Bullets, but hate the price and the bullet ends.

This is one of the longest lasting strings I've used. They keep their tune, keep treble response and are very note-bending friendly.

My issue with these is availability and price. They're usually not easy to find and like the Super Bullets are usually priced fairly high (around $7 per pack depending on where you get them.)

This is the string I recommend for guitar players who like a traditional nickel-plated roundwound string but don't play very often since this string lasts so long.

All three of these are available and are priced low. There is also enough variety in each brand to where you can basically find anything you need.

For example, if you're one of those crazy people that plays an 8-string guitar, D'Addario has that, so does Ernie Ball, and so does GHS. These are companies that have all the traditional and wacky stuff that guitar players are using these days.

With GHS, D'Addario or Ernie Ball, you'll get what you need and it will work. With any other brand, it's a bit of a gamble.