I'm finally getting away from HDD for SSD 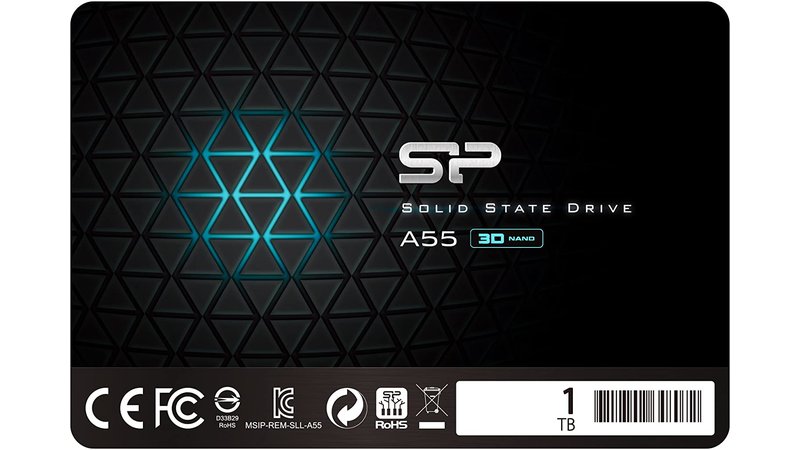 In late '19 I bought a Samsung 860 EVO 512GB SSD as my main drive (which is still available). Works great, no problems. I did not commit to 1TB because it was too expensive.

Well, that's not the case anymore because a 1TB SSD is under 50 bucks. The Silicon Power a.k.a. SP brand shown above offers 1TB for cheap. According to Amazon user reviews, it's a decent SSD so I went ahead and bought it.

My main computer is an old Dell Latitude laptop in a docking station. The computer is over 10 years old, but with 8GB RAM and 512GB SSD, oh yeah, it's plenty fast enough. SSD speeds up any old laptop that can support one. Windows laptops or Macbooks, doesn't matter. If you have an older laptop that has HDD now, dump that and get SSD. A 256GB SSD is literally under 20 bucks new, so you have no excuse.

My main drive is SSD, but my backup drive is a 512GB HDD. I've been wanting to bump the backup storage up to 1TB for some time now. Sure, at any point I could have bought a 4TB HDD since those are cheap and plentiful, but... it's HDD, meaning slower and mechanical, meaning it will eventually start making whining noises as it gets older.

True, you can't beat the price of HDD. When you want the most media storage for the cheapest possible price, HDD is still top dog. In the world of HDD, 4TB is actually small potatoes. 8TB is cheap now, and so is 16TB. The price starts to get steep only when you bust into 18TB territory or greater.

Why spend more on SSD? Aside from the fact it's 100% silent, it runs cooler and can take a knock better. Moving around a hard drive is a bad idea, but moving around an SSD doesn't cause any problems at all. This means if the SSD is housed in an external enclosure, nothing bad will happen to it if you move it from one computer to another. Heck, you could even physically mail the thing and it would survive the rigors of going through the postal system with ease.

HDD is the only storage thing I use on a computer these days that physically moves on the inside to operate, and I'll be happy to finally get away from it...

...although I'd be lying if I said an 8TB didn't look attractive. When those get down to $50, I wouldn't be opposed to buying a pair and using them RAID 1 style (one mirrors the other).

For now, a single 1TB SSD suits me just fine.