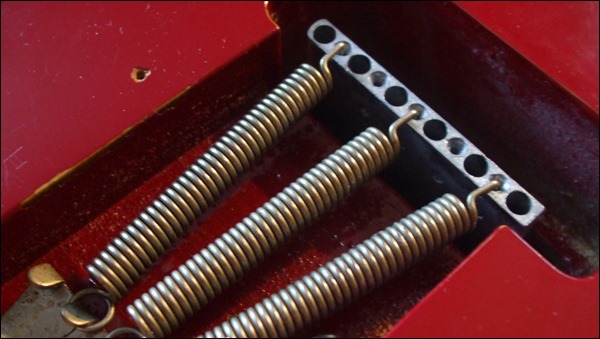 Well, this article is a day late (I said I'd have it out yesterday... oops. Better late than never!) 🙂

What you see above is something I finally got around to doing, that being to partially transfer the tremolo system out of my 2012 Squier Bullet HH and into my 1989 Squier II Stratocaster. The parts taken from the HH were the bridge plate and trem block, and the rest was kept all-original, rusty screws and all: 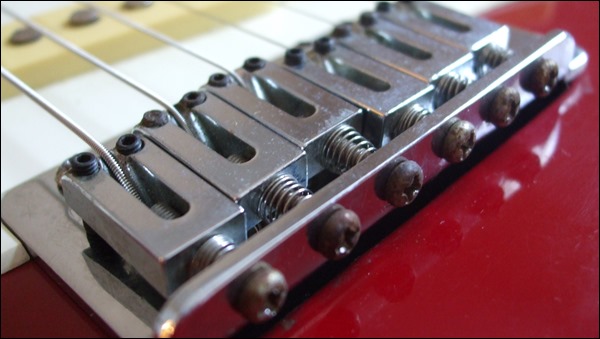 For those wondering, yes I will be selling off my Bullet HH body and neck at some point in the future. If you want to make an offer on it, email me.

For those not aware, the Squier II is in fact my first guitar. Yes, it was bought new 23 years ago in 1990 for a price of $191. Why do I remember that price? Because the salesman actually lied to my father (he's the one who bought it for me) and said the guitar was used when in fact it was new just to get the sale.

This guitar has been through hell and back. Dropped, scuffed, stolen once (and obviously recovered,) chipped, scratched, hardly ever kept in a case and rarely maintained properly. I keep it in a case and maintain it properly now, but for years it wasn't - yet it still all works amazingly well all these years later.

There are two major issues with vintage Korean-make Squier guitars. First, if the tuner buttons are plastic, they literally started to break apart and disintegrate due to age, and second, the cheap tremolo block (made of zinc,) literally starts crumbling apart.

This is the old tremolo block: 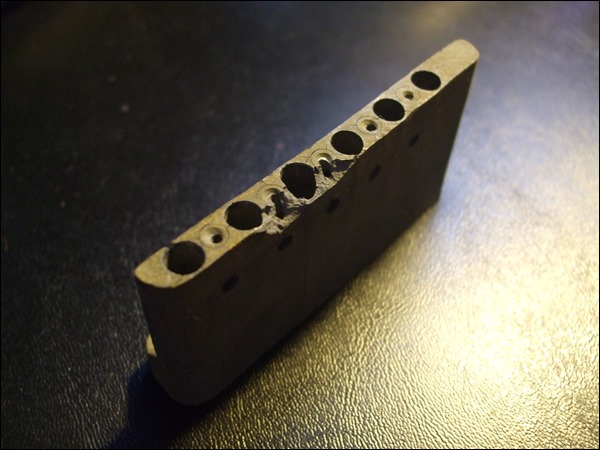 It is so, so heartbreaking when part of a guitar you love starts crumbling away due to age and there's absolutely nothing you can do about it.

In 2012 I bought a cheap Squier Bullet HH just because I wanted an HH guitar in a Strat-bodied version. Sounds great but never really cared for it much.

For a while I had been attempting to swap out parts from Squier axes I bought to see if they would fit the II, but nothing worked. And there didn't seem to be any aftermarket exact-fit parts that would fit the II either...

...until I tried parts from the HH on the II. The tuners? Exact-fit. The bridge plate? ALSO exact-fit, meaning I could finally restore my Squier II Stratocaster to fully-playable condition.

And that's exactly what I did: 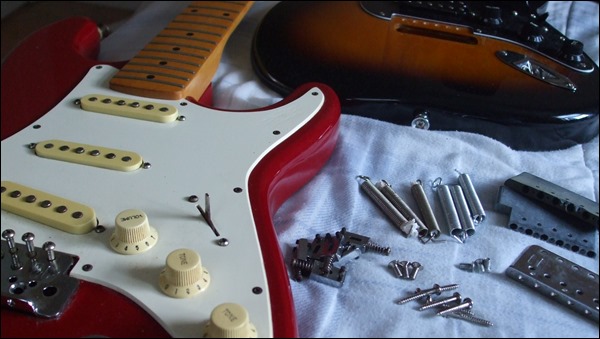 You can't imagine how pleased I was when I finally found parts that would fit the II without requiring any drilling or filling of holes whatsoever. After all these years, I now had proper replacement parts thanks to an Indonesian-make Squier for a Korean-make Squier. 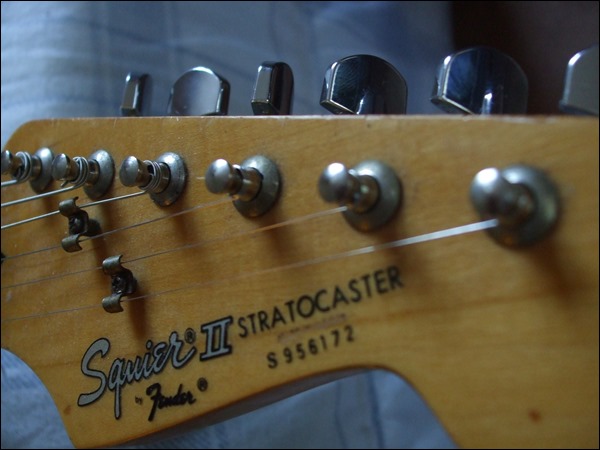 I'm very happy to have got the II back in proper playing order properly, because in all honesty I was about to give up, store her away, not play the guitar anymore and stick to my newer axes.

The frets on the II need to be leveled, no question, but that's something that can be done at a later time. I'm just happy to have her back in working order! 🙂