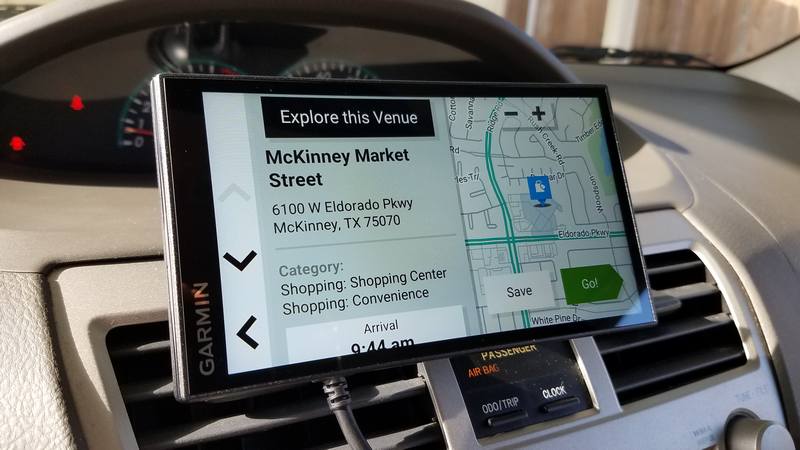 Money was spent on this. Was it worth it?

At the time I write this, I've been using Garmin GPS navigators for 17 years (since 2005) and have used many of their automotive models. The DriveSmart 66 is one of Garmin's latest offerings.

Due to the fact most people are used to infotainment and phones, here are some common questions with answers.

Does the DriveSmart 66 need a smartphone to work?

A phone is not required for the DriveSmart 66 to work. The unit operates by literally communicating with GPS satellites in space. You can wirelessly connect your smartphone to the 66 for additional things like Alexa, weather reports and so on, but it is not required to do so.

Is the internet required for the DriveSmart 66 to work?

No. The 66 can function all on its own without an internet or a data connection.

Do you need to pay for GPS?

You do not have to pay for GPS service because it is a system owned by the United States government and funded by taxpayer dollars.

Where does the DriveSmart 66 get its map data from?

The map data is stored locally to the device itself. And yes, this does mean you have to update it (once a year is fine). The 66 can be updated with the included cable or from its built-in Wi-Fi. If you update the maps via Wi-Fi, that is the only time the 66 actually requires an internet connection to download maps.

Does the DriveSmart 66 need a smartphone connected to get traffic reports?

No, but this depends on where you are in the country. I will detail this more in a moment.

What is the size?

The physical size is 6 inches wide by 3.4 inches tall by 0.7 inches deep, however bear in mind that the power cord in the back does add a little depth because it sticks out slightly.

The screen size is 5.7 inches wide by 3.2 inches tall, resulting in a 6 inch diagonal display.

For those of you that have used a 5-inch Garmin navigator before, the 66 is actually only physically slightly larger than older 5" models. The screen is 6" in this generation because it has been stretched out to the edges. This basically means you're getting the older 5" case size but now with a 6" screen.

Does Garmin make something bigger? Yes. See the DriveSmart 76 (7" screen) and DriveSmart 86 (8" screen).

Important note if you currently own a Garmin DriveSmart 61 or DriveSmart 65: The newer model with the same size screen as those is the 76. Yes, I know, a little confusing, but 61 and 65 have a 6.95" screen, and so does the 76. However, if you like the older 5" case size, get the 66. Again, the 66 is just slightly larger physically than an older 5" case size but with larger screen.

How does the traffic reporting work without a smartphone?

I'll note first you can get traffic reporting by connecting a smartphone to the 66 using the Garmin Drive app, but if you don't want to do that, how does it work?

The 66 can receive freely available traffic reporting via TMC (Traffic Message Channel) that is broadcast over FM, similar to your car radio. You do not need to sign up for anything to use this, but whether this will work for you or not depends on where you are. It is required to use the provided cable for FM traffic to work.

The traffic coverage map is here. If you are in an area where coverage exists, the 66 will automatically pick up the signal. Yes, the 66 can automatically route you around traffic if you configure the 66 to do so (Settings > Traffic > Optimize Route > Automatic).

If you are "on the fringe" of a coverage area, then the FM traffic probably won't work that well for you.

The FM traffic mainly has reporting for highways, interstates and major streets.

Can the 66 be used straight out of the box?

Yes, but based on experience using past models, I never do that.

What I do first and always with any new Garmin I get is update it even before putting it in the car, and not with Wi-Fi. I purposely use the free Garmin Express software, connect the navigator to the computer and let it update everything. Even if a map update isn't required, a system software update usually is, and that was the situation with my 66.

After the first initial big update, then I'm okay with updating over Wi-Fi for updates after that. From my personal experience, that's just the best way to go about it.

The 66 is a model that has both GPS and Galileo satellite reception. Both work at the same time and position accuracy is excellent. I easily get position resolution to within 10 feet.

"OK Garmin" voice recognition is the best I've ever used in any Garmin navigator and it's a definite improvement over the older models with "Voice Command". I also like the fact the microphone can be easily turned off from holding a button on top of the screen for 2 seconds (which can be enabled again by pressing it once).

Some menus have choppy animations. The main map is fine however.

The tollway question option was removed in this generation. In older models there was the option to set to "always ask", and whenever it calculated a route, it would ask if you wanted to avoid tolls or not. Now it's just an always-on or always-off option buried in a submenu.

There is no OK Garmin voice command to ask for a detour, or at least none that I have found. A detour now requires a minimum 3 taps just to do it.

The ridiculously infuriating on-map favorites icons CAN BE REMOVED just by disabling the map layer (Settings > Map Display > Map Layers > uncheck "Up Ahead Places"). For some, this alone is a reason to use the 66 or 76 over the 65. The previous generation had these giant ugly green favorites icons that appeared on the map whenever passing by the location where the favorite was. If you had several map favorites in close proximity to each other, this resulted in map clutter galore. This has been fixed in the 66.

"Turn off automatically" (hidden menu option from Diagnostics Page > Turn Off Automatically) should prevent the annoying problem of the unit doing that "it's off but not really off" sleep state thing, draining the battery to nothing and then causing power-on problems later. This was an issue with the previous generation where it was required to hold the power button, wait for the true "Turn off the device?" prompt, and then it was off. This appears to have been fixed in the 66.

This really isn't an improvement but rather something I've very happy Garmin did not change: The mount on the 66, thankfully, still uses the 17mm ball just like many Garmins of the past. I use this Arkon mount and really did not want to switch to something else. I did not have to. The clip clicked right on. No problems at all.

Sunrise/Sunset time is now available as a trip data field. This is information transmitted by GPS itself and it's nice to see in the 66. This information is also available from the Trip Computer by tapping the speedometer field in map view.

I like the fact the audio can be output via wireless OR wired if you don't want to use the internal speaker. The wired output is not on the unit but the 12V adapter; there is an AUX port there.

The 66 supports both the older Samantha the newer Zoe voice. Both voices can be had by downloading them from Garmin Express (another reason to do the first update with the software first). I prefer Zoe because she's the least computery text-to-speech voice Garmin has ever released.

The Turns list (start a route, view map, hamburger menu at lower right of map, Turns) is without question the most legible version yet. I first used this with a DriveSmart 50 and then with a Drive 52. Great to have, and the 66's Turns is very legible.

I greatly prefer using a Garmin over infotainment or the phone for navigation.

The only thing that would really turn people off is the included suction mount. For most people that's simply not good enough, or local laws might not permit mounting anything to the windshield where you live. See Arkon mounts for better suction mount options and friction mounts for no-windshield options.