How to make reverb not worthless 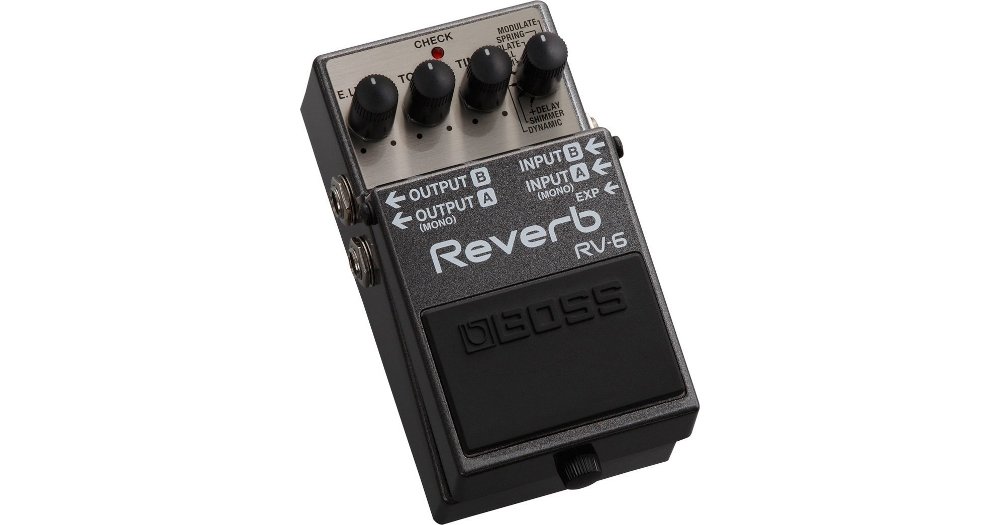 Reverb is worthless for the most part - unless you know how to wield it properly.

I've said before that where guitar effects are concerned, flanger is absolutely worthless because those who buy that effect actually want a phaser but bought the wrong thing.

If you've been following me for any time at all, you know I use a DigiTech RP360, which is a multi-effect unit that contains not just reverb but a whole bunch of them to choose from.

Before I get into that...

1. Surf is the only guitar sound "allowed" to use reverb live

A mandatory thing to get a surf guitar sound is "drip tone," which refers to an electric guitar with a very high treble response (like a Stratocaster, Telecaster, Jaguar or Jazzmaster,) played through a very high level of vintage style spring reverb.

You need spring reverb to do proper surf guitar. It's absolutely mandatory.

For literally EVERYTHING ELSE besides surf guitar, don't use reverb live. Ever. It will sound terrible.

If you dare use reverb live (and you shouldn't,) what will occur is that while you will be able to hear the reverb effect when standing next to your amp or PA speaker, the audience simply will not hear it because the effect does not carry well over a distance.

There is no good way to project artificial reverb. Never has been, never will be.

Surf guitar can get away with using reverb because without it, there's no surf guitar sound. Reverb is a prerequisite of the surf "drip" tone - and only for surf. It's a ratty, clanky sound that only works there.

When you want to sound "big" live, delay is what you want

Excluding surf guitar, reverb sounds awful live because it alters the guitar tone too much and there's simply no good way to get an accurate amount of effect level that works. You'll never get that happy medium no matter how hard you try.

Digital delay, however, does work. Using short digital repeats from the delay effect is something you will have much finer control over that can actually sound good.

For example, setting a delay of 3 short repeats about 0.3 seconds apart with rapid decay works for most guitar players. And if that sounds too "muddy", decrease the delay effect or simply engage it only when needed (such as for guitar solos where a little extra "space" is needed.)

Why do I specifically recommend the BOSS DD-7? It's built like a tank and has all the options you could ever want out of a delay effect. It has what counts, that being plenty of delay time, modulate, reverse and even an "analog" mode for more classic delay effects such as the original BOSS DM-2.

How to make reverb work for guitars recorded at home

Reverb is awful live. But for home recording, reverb really works well because all you're dealing with is a direct signal.

It's actually fairly easy to make reverb sound great for guitars if you follow a few simple rules.

On most digital reverb effect pedals such as the BOSS RV-6 seen at top (arguably the best reverb pedal you can buy,) you will have the option of "hall," which is a washy style of reverb meant to simulate a large stage or church style reverberation.

What you're doing when using Hall is putting the effect before the guitar, which is a backwards way of thinking when recording. You want the reverb effect to accent the guitar and not overtake it.

When you start adding Hall reverb to all your recorded guitars, everything turns into a mess quickly because you've got all this effect in the mix drowning out the instruments.

The classic electric guitar sound most players are chasing after is that "guitar sounds like it's being played with a band in a studio or garage" reverberation. That style of reverb is Room (which is also a setting on the BOSS RV-6.)

A Room reverb effect has a much shorter decay that gives a sense of space without overpowering the instrument. It works very well and sounds pleasant to the ear.

The general rules of thumb where reverb is concerned for at-home recordings is this:

Should a master reverb be put over the entire mix of a song?

More often than not, this doesn't work.

An example of where this fails is with bass, even if the bass is electronic. You simply don't want reverb there, because it can make a good, punchy bass tone sound all mudded up and terrible very quickly.

However, there are instances where it can work. If the recording is just one acoustic guitar and one singer, that's something where adding a light reverb over the entire mix might provide the right sound.

When I use reverb...

...I will usually go for a Room reverb, and keep it on the light side. And I'll only use it for at-home recorded stuff.

For live, digital delay would be the only thing I use for a "bigger" sound, and only if necessary, which is not that often.

Is the best reverb no reverb?

No. I think having reverb is necessary as long as you know how to apply it well.

Don't use it live, and when recording at home, don't make it sound like you recorded your guitars in a cave because that never sounds right.

...if your guitar and/or recordings actually needs it.