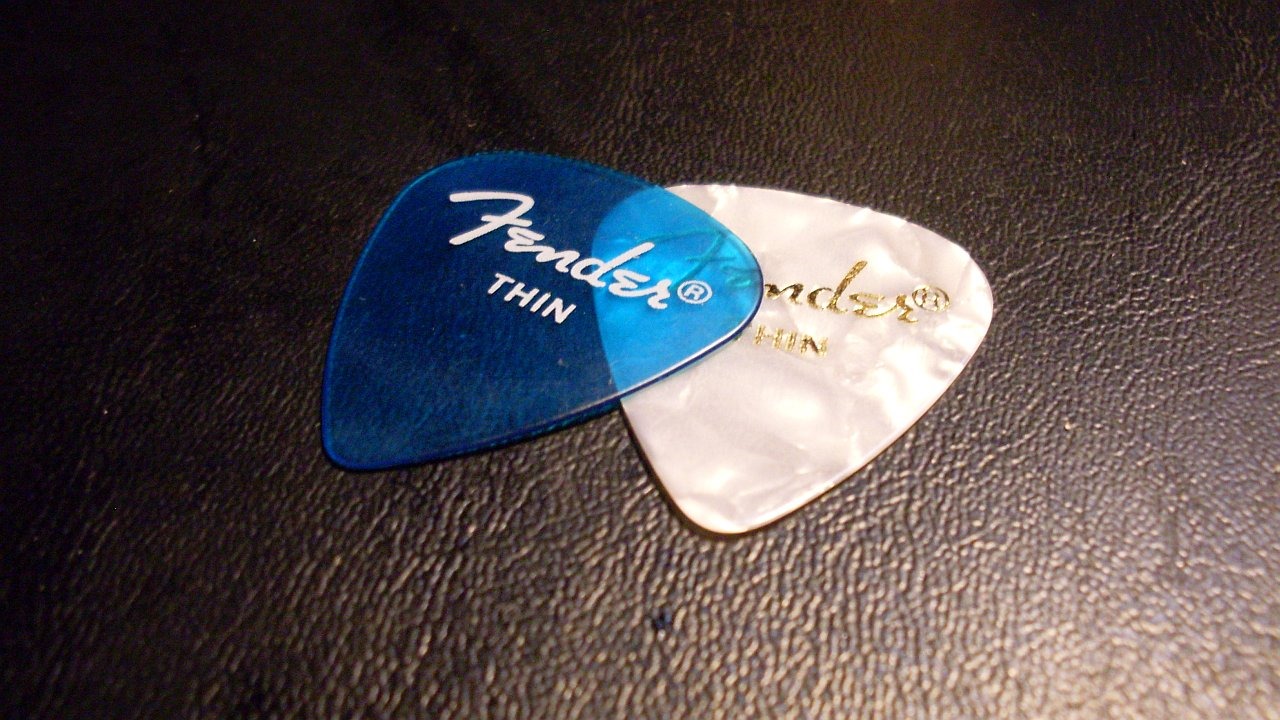 Most guitar players use picks of a medium or heavy thickness, but what about thin?

I'm showing two Fender thin picks in the photo above for a reason. They're not the same, and I'm not just talking about color. The blue one is a California Clear thin, and the white one a regular 351 thin.

I greatly prefer the California Clear over the 351 because it has slightly extra stiffness to it that makes it flap a little louder, and I like that.

Said in plain English, my strings "ping" more when using the California Clear. I'm not saying that will be your experience, but it is for me.

What I am saying is that if you decide to try out thin picks, you'll probably have to go through a few different types before finding the one you like.

What are thin picks good for?

Do I always use thin picks? No. I switch between medium and thin, because some songs I play need a harder strike.

Thin picks were never worthless. In fact, they're quite the opposite.

Only metal shredders believe thin picks are worthless. These are the players who sincerely believe that a 2mm-or-thicker pick makes them sound better. It doesn't. The thickness of a pick does absolutely nothing to change the tone at all when the sound is highly distorted.

Thick picks do two things more than anything else when used to play an electric guitar. They deaden the sound of the string and cause annoying pick scraping noises.

When you use a thin pick on an electric, your notes will actually be clearer both for single notes and chords. Your notes and chords will also stay in tune better because you won't be striking the strings as hard.

If you don't believe me, try a thin pick for yourself. I suggest getting plain smooth Fender celluloid or California Clear first as the strike from either results in very good note clarity. After that you can try a textured pick such as the Dunlop Tortex in .50mm size (the red one) or .60mm size (the orange one).

And if you're daring, you can try the Herco Vintage '66, which is a nylon thin pick in gold color; it was highly favored by guitarists of the '60s. Definitely not the same as Fender celluloid or the California Clear, but some players really like it and use nothing else.