Is the Tokai Goldstar Sound all hype? 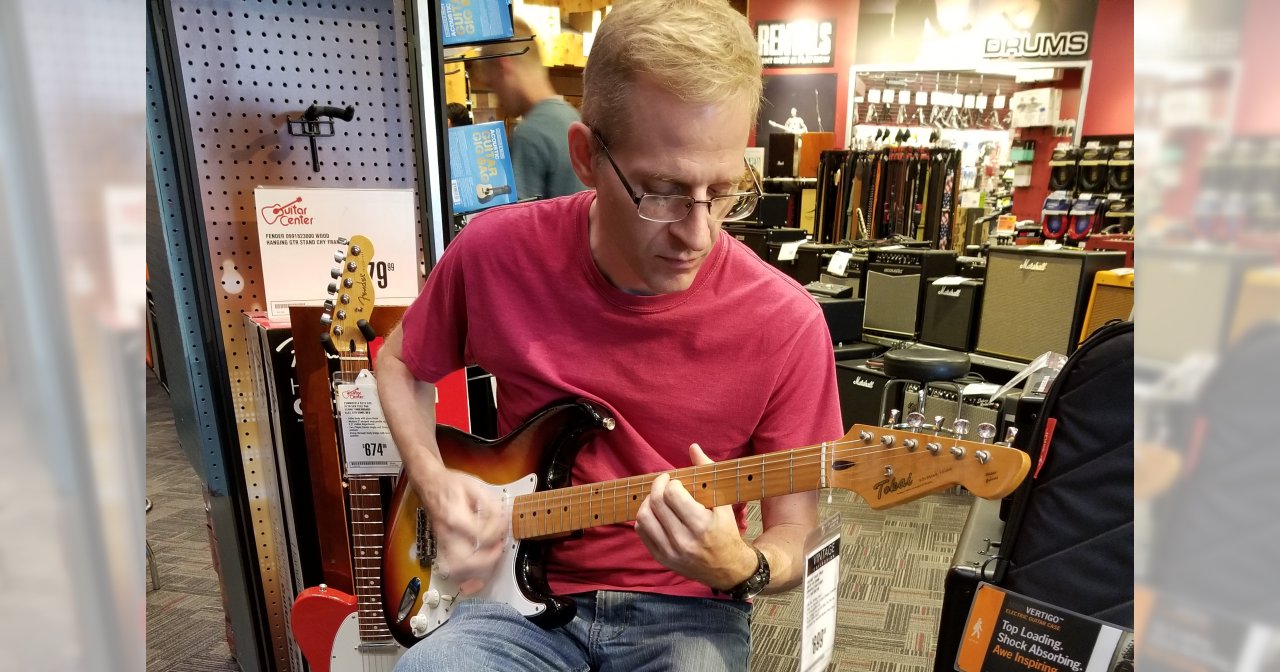 As luck would have it, I got to play a Tokai Goldstar Sound.

This requires some backstory.

Rewind the clock back to the early-to-mid 1980s. This is just before Fender was "bought back" in 1985 and became the company we know today, Fender Musical Instruments Corporation or FMIC for short.

Tokai Gakki Company Ltd. or just Tokai for short, a Japan brand, released some guitars in that early '80s era that were near-exact copies of famous classic Fender designs...

...but they weren't bad guitars. They were good. Really good, actually. Much better than anything Fender was making at the time.

There is debate as to whether this is a "lawsuit" era guitar being it's such a close copy to a Fender. I say it's not. What I know as lawsuit guitars are mostly from Ibanez copying Gibson guitars from the mid-to-late 1970s and not the early '80s Fender copies. But then again, if it is in fact a lawsuit guitar, feel free to email me and I'll post a correction.

While perusing the guitars at a Guitar Center, I saw it. My eyes lit up instantly because there it was, a real-deal Tokai from the '80s in what appeared to be really good condition.

So I played it:

This is what I would call a decent Strat copy. But I don't think it lives up to the hype that surrounds this guitar.

Is this a good guitar? Yes. Is it better than what Fender was making in the early '80s? Also a yes.

But is it better than a new Squier Classic Vibe '50s Stratocaster?

If the Squier CV '50s Strat didn't exist, the Tokai would be the best bargain for a vintage Strat without the Fender price tag. But that's not the case. The above Squier does exist, you can get it right now, and it is the better guitar.

I can understand it if certain players want the Tokai anyway

There is a certain charm to non-Fender early-'80s Strats from Japan. That is the era when Squier produced JV Strats, which are the most sought-after collectible Squiers. The Tokai guitars are fairly close collectibles to the Squier JV Strats.

Some guitarists just really like early-'80s guitars from Japan and won't settle for anything less, and I can understand why.

However, as to whether they are better than new Squier CV guitars, they're not. The new models are without question just as good and better simply for the fact there's no need to worry about worn parts, dead pickups, worn frets or other some such.

The guitar was badly in need of a setup, and the plain strings would not stay in tune. This could have been either caused by strings that weren't stretched properly, tuners that needed replacing, or both. The sound of the Tokai was good, the neck was slightly fatter than average (which is period-correct to vintage Strats,) and the sunburst finish was actually very pleasing to the eye as it appeared to be a 3TSB with some red in it. I will also say the guitar felt real solid.

With setup and possibly a tuner swap, that Tokai would have been a great Strat...

For you "must have vintage Japan" guitar guys out there, hey, don't let me stop you from getting a Tokai Goldstar Sound. Again, it's a good guitar and many have weathered the years quite nicely considering their age. Just remember what you're paying for.

outside in the cold distance
The title of this bloggo comes from a lyric from a song that I have honestly no clue what it's about - but the Hendrix version sounds cool. Now is the time of year when the temperature difference is very noticeable. Earlier in Tampa it was 54° and at the stomping grounds, 29°. In addition, […]