How to make the most out of a Samsung Galaxy Stardust 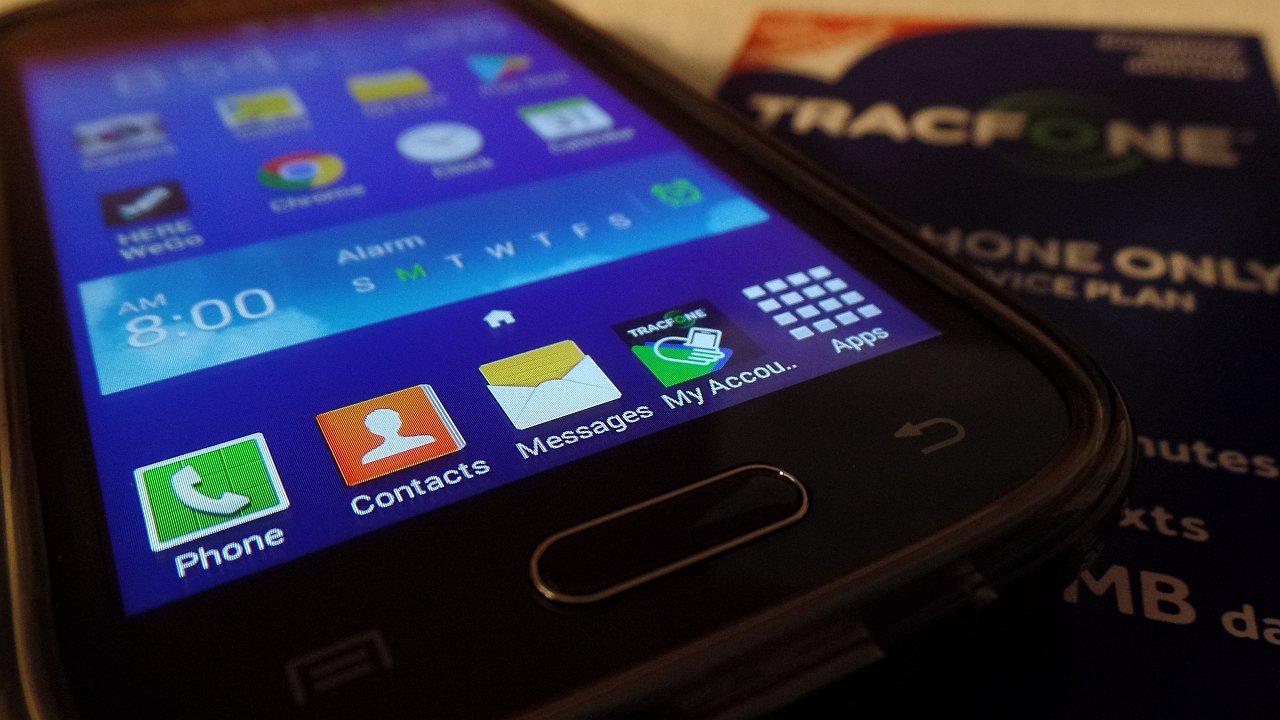 I finally got a smartphone, and this is how I make the best out of it.

It's no secret that I am very anti-contract where phones are concerned. And while true there are carriers such as MetroPCS that do not require an annual contract, Tracfone is still the best deal going as it allows me to have a smartphone "plan" for a grand total of $13.77/month after taxes (when purchasing a 60-day time card.)

Since 2014 I've been using an old-as-dirt Samsung S425G slider phone. And now in April 2018 as I write this, I've finally got myself a smartphone, the Samsung Galaxy Stardust.

The best feature of the phone is this: FREE, when purchased through Tracfone directly. This is what I was waiting for before I made the jump, and it finally happened. The phone had a total cost of $0.00. All I paid for was the time card to get the service active. A cost of zero is what the phone is worth since it's such a disposable electronic to begin with.

There are a few things I did that makes the Stardust easier to live with, so let's get into that.

Making it easier to type

When texting, the vertical mode has key buttons that are just too small: 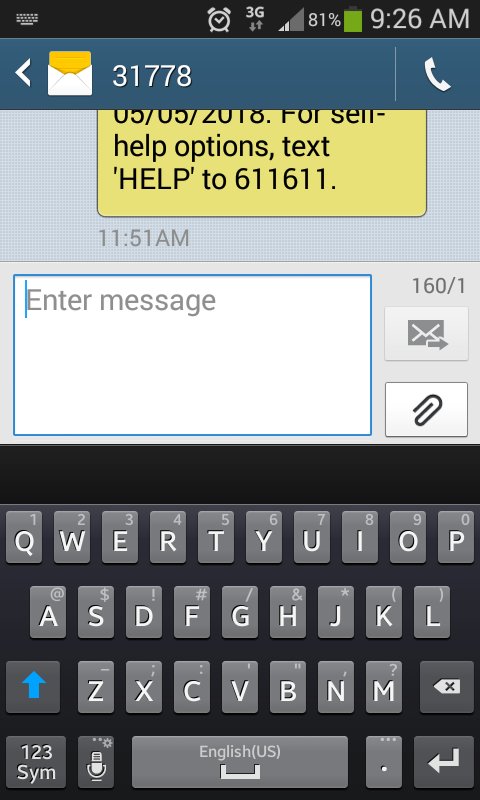 Rotate the screen while typing a message and they get a lot larger: 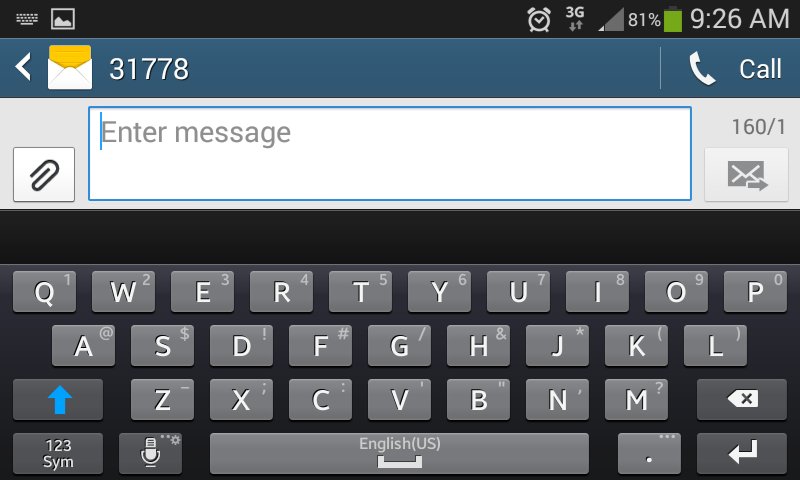 Using the screen like this to text with is far easier compared to vertical, and typing mistakes are greatly reduced.

Getting the best battery life

A common complaint about the Stardust is that at first the battery life is great, but then it gets bad in less than a year. I know exactly why this happens. User error. Someone buys the phone and installs a bunch of junk on it that constantly runs in the background, so of course the battery life will be bad with all that crap running.

This is how to get the best battery life out of a Stardust:

1. Turn off all the background garbage

Launch Settings by swiping down from the top and pressing the gear icon. Press "My device." Scroll down to "Power saving mode" and press it. Check off "CPU power saving" and "Screen power saving". Press the home button.

3. Disable other stuff when you don't need it

Swipe down from the home screen and make yours look like this: 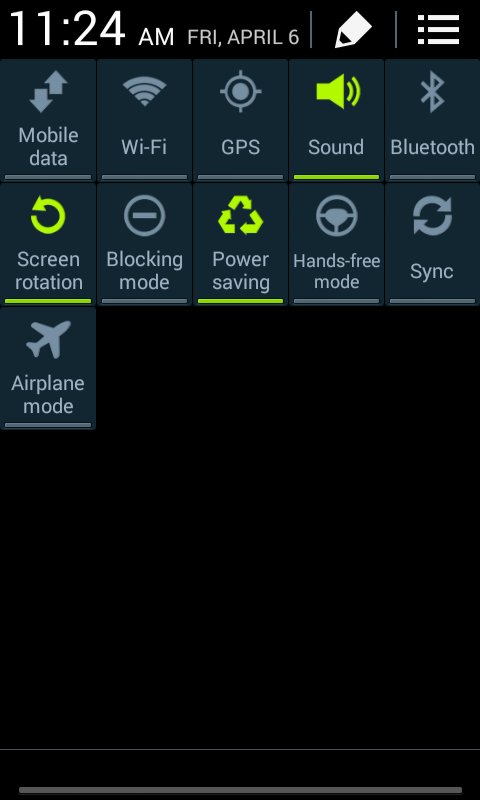 The 5 biggies here are Mobile data, Wi-Fi, GPS, Bluetooth and Sync. The rest don't affect the battery too much. Having those 5 disabled will give you the best battery life.

If you do, that's fine. Just remember to turn them off when not needed.

Knowing the capabilities of the rear camera

I have a Samsung WB350F; a traditional digital camera that will absolutely kick the crap out of any smartphone camera for one reason. Lens. Megapixels mean nothing if you don't have a good lens in front of it.

When you take a photo with the Stardust at full 5MP resolution that ends up in a pixel resolution of 2560x1920, the quality, in all honesty, is pretty good.

Now to note, even though the Stardust's camera does have a macro mode, it is nowhere near as good as my WB350F with its significantly better lens. The photo at the top of this article? That was taken with the WB350F in macro mode and that's why it's so crisp and clear with such good color definition. You won't get that out of the Stardust.

However, for non-macro photos where the subject is at least 5 feet away, the Stardust works fine when set to its highest 5MP photo resolution. For any setting less than 5MP, digital grain is easy to spot. But when at 5MP the grain is significantly diminished.

It's still true that even now in 2018, the vast majority of photos you see on Twitter and Facebook are 2MP at "best quality." Sometimes you see 4MP, but not that often. So basically what that means is that the Stardust even with 5MP is totally okay for social media duty and will be at least up until 2020 (and probably a few years beyond that.)

This has already been covered above. If you want the Stardust to run as fast as it can, disable as much as possible and remember to clear the memory.

For example, I tested out HERE WeGo which is a "heavy" GPS app. It worked fine. But when finished using it, I disabled GPS afterward and cleared the memory so there wasn't anything in the background left behind eating up the battery life.

I use this phone how most people would (probably)

I needed basic smartphone communications that allowed me to talk, text and take photos, and I needed it dirt cheap. I got that with the free Samsung Galaxy Stardust from Tracfone.

If I needed something for mobile gaming or other heavier apps, there are tablets and more powerful phones for that, which I didn't need.

If this phone cost me anything, then I would have cause to complain. But being the cost was $0.00 and all I'm paying for is to keep the phone in service, I really can't complain about it.

The Stardust is a real smartphone, it does talk/text duty just fine and it takes decent photos for what it is. And with a little research and experimentation, I found how to get the best performance and battery life out of it. Again, can't complain. It works.