The true cost of piecing together an electric guitar (a.k.a. DIY) 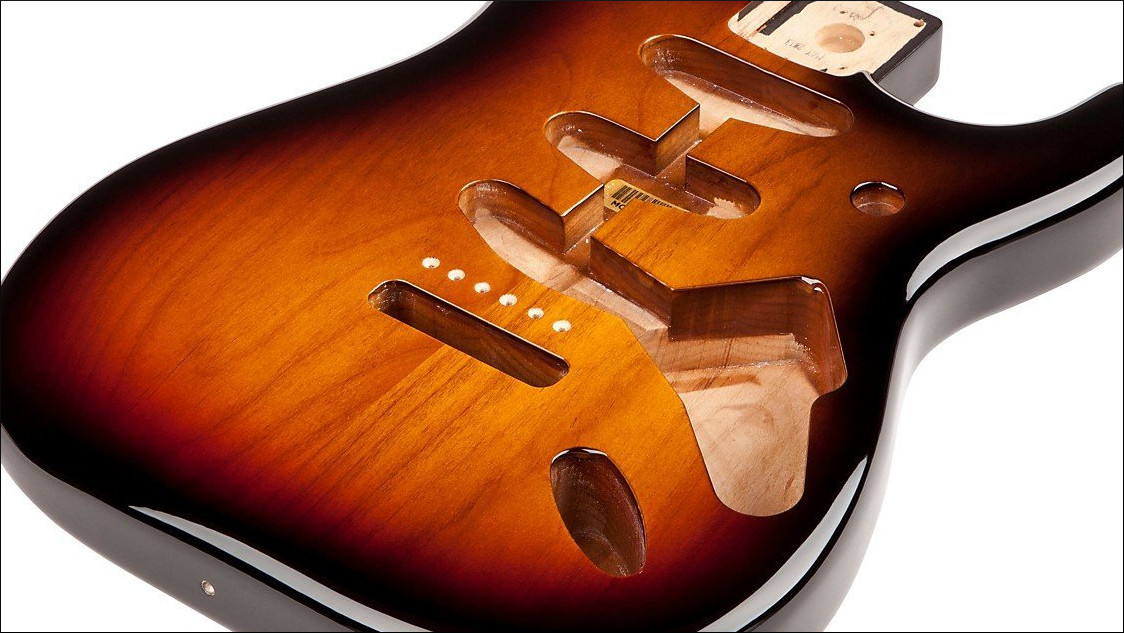 Do you really save money by doing this?

I'll answer this question right up front and then explain why.

No, you don't. You will always spend less buying a complete guitar vs. piecing one together.

For example, the Dean EVO XM at the time I write this sells for as low as $99 brand new. And that's not even the cheapest I've seen. There are even some that sell for under $65 new.

Were you to piece together every single part you need, there's basically no way to put it all together for that cheap.

I'm not saying the ultra-cheap guitars are good. But I am saying you can't beat the price if you put a guitar together from new parts yourself - with emphasis on the word new.

But let's take another route, the mid-priced guitar. Specifically the Fender Standard Stratocaster that's made in Mexico.

You can buy a real-deal body and neck separately from Fender if you want to. And while it would appear that you can save a ton of money piecing together a Fender that way, you really can't. When you factor in the plastics, the pickups, the tuners, the bridge, the strap buttons, in the end you're paying the same price if not more than just outright buying a complete Fender Stratocaster guitar new.

Where you really save your money...

...is with new replacement necks.

I've said before and I'll say again that the #1 thing that makes or breaks a guitar is the neck. If the neck is good (and by that I mean it's straight, frets are good, nut is good, tuners are good), you've got a good guitar. Anything else can be fixed easily as long as you've got that good neck to start with.

After that, just buy a Fender neck.

This is not-so friendly when it comes to piecing a guitar together because ordinarily you cannot mix-and-match Fender and Squier parts.

For example, a common upgrade Fender Stratocaster owners do is install a high mass bridge block. These don't fit Squier Strats because the Squier Strat has a slim profile body; this results in the block installing correctly, but then physically sticking out the back side of the guitar, making it worthless.

When buying Squier, always buy new. Given that Fender uses several Asian companies to build Squier guitars, you can't trust that a neck from one Squier Strat model will fit another. For example, there is no guarantee an Indonesian-made neck on a Vintage Modified series will fit on a China-made Classic Vibe body. None whatsoever. Again, when buying Squier, always buy new and always buy the entire guitar. Trust me, you'll save yourself a lot of headaches.

I wouldn't piece together any Epiphone guitar nor a Gibson for the reason it's probably true the guitar you want here has a glued-in neck. This means you cannot buy the body and neck separately.

Piecing together a guitar is pretty much only those that use bolt-on necks. And that means Fender Strats and Teles.

Why is Fender so piece-together friendly?

Because it's standardized as long as you follow one rule: Always buy Mexico or American made. If you want to save cash, buy the Mexico versions.

If you want to install things like a bridge block upgrade, tuner upgrades and so on, everything fits. The measurements on the MX and USA made Fenders are what third party manufacturers use when making their parts.

I think - but am not 100% certain on this - that any Fender Strat or Tele made from 2000 to present has kept the same measurements, presuming Standard models and no special editions. Same string spacing, same tuner hole diameter, same screw pattern for pick guards and bridges, and so on.

In other words, if the third party/aftermarket part states "fits Fender", they are specifically talking about MX/USA made Standard models from 2000 to present.

What can you expect to spend on a used-body/new-neck Fender?

On the low end, the absolute lowest you could go would probably be $350. You'd really have to cut some corners to get the price down that much for a complete guitar, but it can be done.

Realistically speaking, you're probably going to be hovering around $450 to $500, depending on the parts you use, and whether you can score a used guitar body for cheap or not.

Here's a simple example of part cost. This is stupid, but totally true.

Arguably, the best-of-the-best output jack you can put on an electric guitar is one made by Switchcraft. You never ever see these things except on very high-priced electrics. But as you'll notice, the part itself really isn't expensive at all, and in fact the one most Strat owners go with sells for under 3 bucks! However, if this part were put into a production electric guitar sold in a guitar store, oh yes, you'd pay a pretty penny just to get it.

I mention the Switchcraft output jack because it's not necessarily how much you spend, but moreover how good of a product you're installing into your guitar.

There are really good pickup sets for 50 bucks. And there are also really crappy pickup sets that sell for $300. The same can be said for tuners, bridges, string saddles, and so on. Shop wisely.

Again, $450-$500 total is probably what you'll be looking at spending. But bear in mind what you get in the end will probably be the equivalent of a $1,500 guitar.

Is it worth it?

The answer to that question means you have to answer this one: Would you consider spending the time it takes to do this worth it?

You will be spending time looking for parts, finding the best deals for stuff, getting the best parts you can without spending too much, etc.. If you think that's a fun project, then sure, go right ahead and do it.