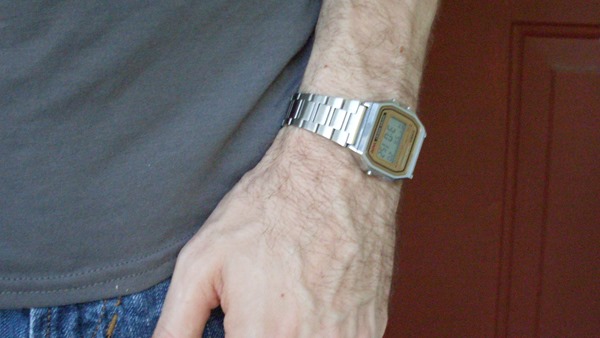 I came across not one but three videos specifically on the subject of which watches attract women. All three videos got it wrong.

You can find these videos on YouTube easily just by searching for them; they're not hard to find. But like I said, the advice given is just plain bad.

I'm not claiming to be a master when it comes to what women prefer where men's style choices are concerned, but I know a few things to be true in the "don't" department:

Don't be fat. If you're fat, it doesn't matter whether you're wearing a $10 Casio or a $10,000 Rolex. The first thing a woman will see is the fat. No, your personality won't save you. Lose the weight.

Don't have dirty fingernails. Women notice this a lot. If your nails are grubby, discolored and/or not filed properly, that makes a woman go "Eww!" in a heartbeat. If you have a bunch of dead skin around your nails, yeah, they notice that too. No watch will excuse ugly nails.

Don't dress like a kid. There are a lot of men that dress like they're 20 when they're 35 or older. Don't do that. Dress your age.

Basically put, just look presentable. Get in shape, get those damned nails clipped, learn how to use a nail file, wear age-appropriate clean clothes that aren't falling apart and make sure they fit right.

What do women notice when it comes to a watch?

Above is a photo of me wearing my Casio A158WEA. As cheap as that watch is, it does look better compared to what most other men wear for these simple reasons:

Reason #4 is actually why the watch gets noticed. Wearing something decidedly angular gets noticed more than something round would, because after all, nothing on the human body is completely squared off.

Presuming you're not doing anything in the "don't" list above, all you really need to get attention is a rectangle-shaped analog watch.

The Casio A158WEA I wear is obviously digital and inexpensive. Looks nice enough, but the analog timepieces - even for the ones just as inexpensive as the Casio - look far more expensive.

Here are 6 examples of analog watches with rectangle-shaped cases. They start at under $30 and end at just under $125 at the time I write this. 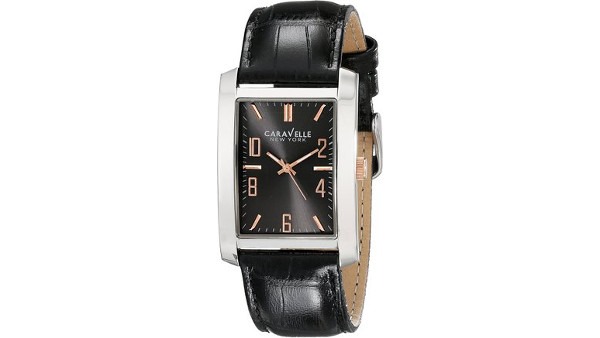 Starting with the cheapest first, anyone can afford this watch. When you want something that looks rectangular and ritzy but can be had for cheap, this totally works. 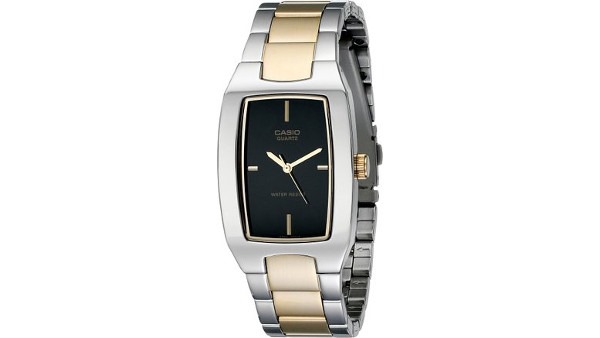 With this Casio we've got some two-tone goodness going on with the stainless steel and gold. Very minimalist look. 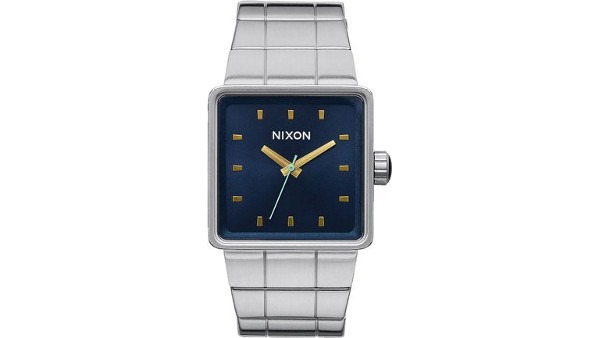 This one is guaranteed to attract attention for the right reasons. Very square, thick hands and blocky indices - but it carries it well. 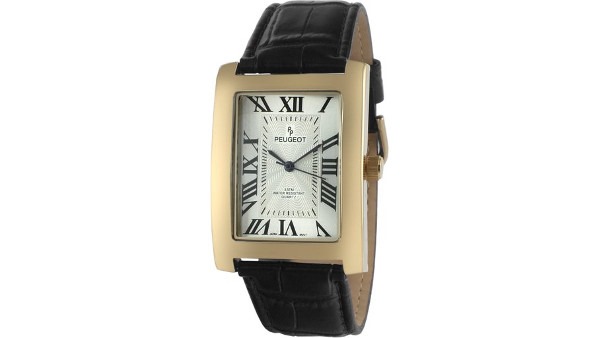 The be-all/end-all king of fashion watches when it comes to the rectangle shape is the Cartier Tank. This watch copies that look, and for a lot less than what the Tank sells for. 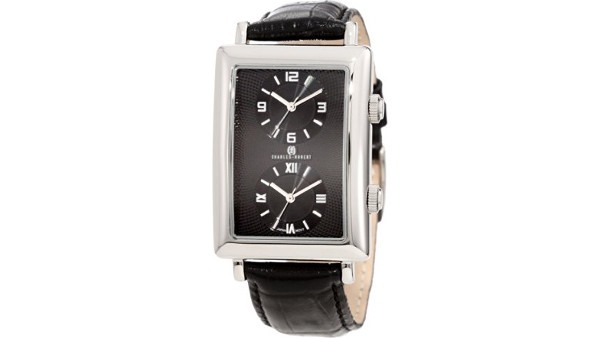 This dual-time watch just looks cool. Two dials, two crowns. Very simple to understand, but what a cool look it has. And it does it without being pretentious. 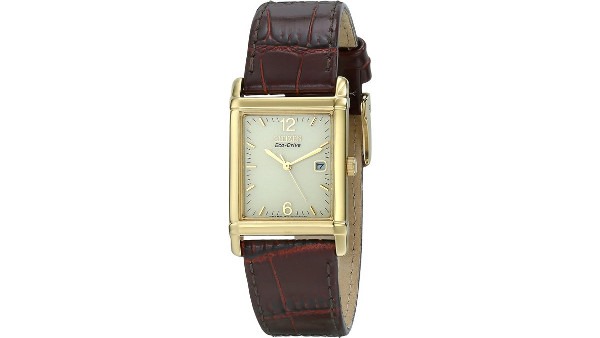 Last but certainly not least is this little Citizen model. Don't let its size fool you as it has received many positive reviews. Simple design and well-appointed.

It's for simple reasons that most men miss.

You'll notice that for every watch model above, each design concentrates on form over function. More attention is given to style, and you'll notice a bit of art deco hints here and there (as in styling cues from the '20s, '30s and '40s).

When you wear a rectangle on your wrist that has a bit of art deco flair to it, yes this does get noticed.

Does the movement matter? No. Does the time accuracy matter? No. What matters is how the timepiece looks, and if the look creates an emotional connection or not.

I'll put it this way. If you're wearing a casual button-down shirt in a muted color (like gray or brown), Dockers pants (again, gray or brown), black shoes, black belt and put a little shiny rectangular thing on your wrist with some art deco niceties to it, then OH YES, the ladies will notice.

You don't need to dress up in a 3-piece suit every time you go out. But if you coordinate your appearance to look like "The Casual Man About Town" and complement that with one of the watches above, yes it totally works and women will notice in a good way.

Am I saying to throw out the watch you wear now?

No, of course not. (It's not like I'm going to stop wearing my Casio because I love that little thing.)

What I am saying is that if you want something specifically to attract the females, put more emphasis on style instead of function and/or brand. If you already have the shirt, pants, belt, socks and shoes in check, put a shiny rectangle on your wrist as the finishing touch.

Which would I pick?

The Peugeot because it looks like a Tank watch, and I do intend to get a Tank-like timepiece in my collection someday. Not the actual Cartier Tank because that's way too expensive, but there are plenty of Tank-like options out there such as the Peugeot above, Seiko SUP880 and several others.