Would I buy a 3D-printed guitar? 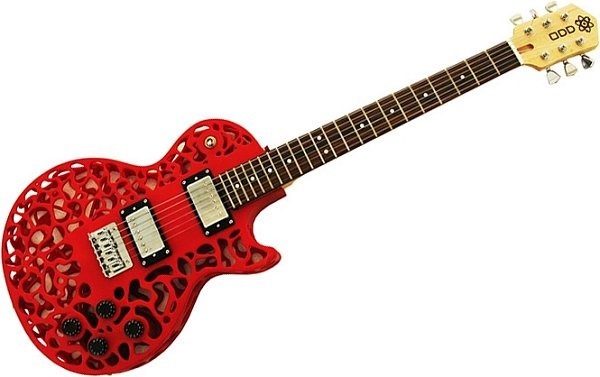 3D-printed guitars are NOT affordable and start at around $3,000 to buy one. Eventually they will get cheaper, but for now they cost way, way too much

But let's say for the moment that I actually had the money to spend on one. Would I buy it?

Right now, 3D printing is still a maturing thing, and at present there is no real reason to own a 3D-printed guitar. They don't play better, don't sound better and solely exist just because some people think they look cool (I personally think they look like children's toys).

3D-printed guitars do use wooden necks, by the way. Why? Probably because one hasn't been able to have been printed yet that has the right flex or weight to it. I'm sure eventually someone will develop a printed neck that gets it right, but that's probably not going to happen any time soon, therefore wood is used.

Basically speaking, 3D-printed guitars at best are a novelty, much the same as guitar bodies made from acrylic.

You'd be better off saving $2,650+ and just get an Epiphone Les Paul Studio instead. Or heck, even a Gibson Les Paul Standard is cheaper than a 3D-printed guitar. Yes, really.