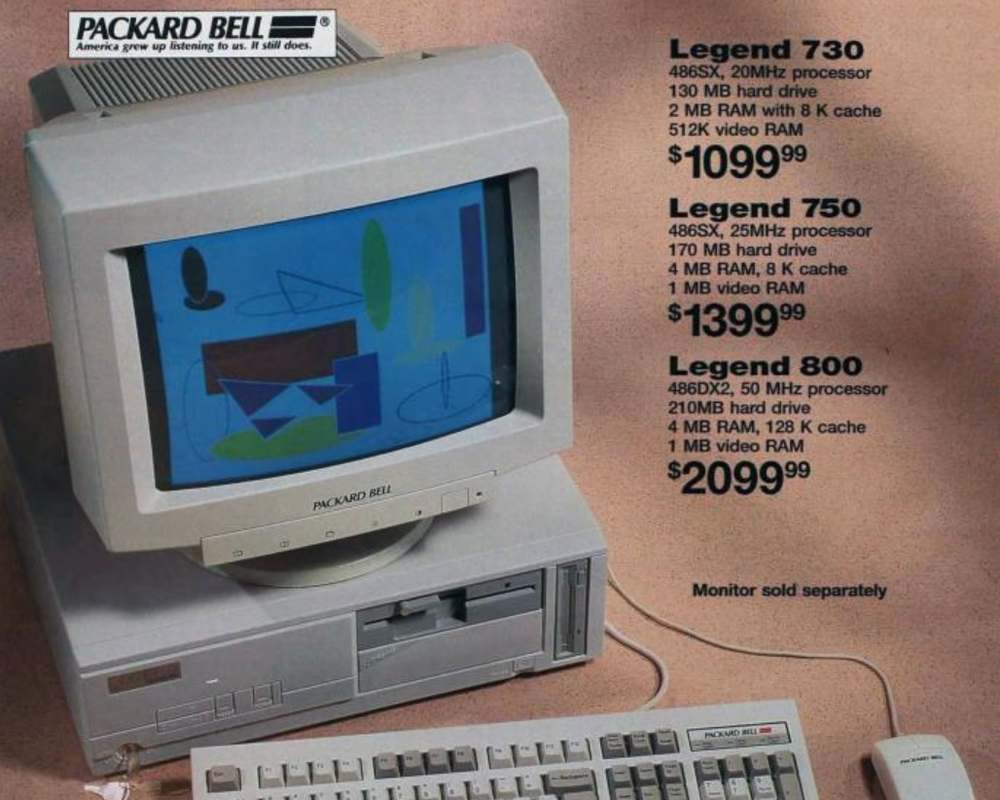 In 1993, most new home PCs on the low end were outfitted with a 110MB to 130MB hard disk drive. There was absolutely nothing portable about that computer storage. If you wanted something portable and moreover affordable, the 3.5" floppy diskette was your only option.

And when I say the floppy was your only choice back then, I'm not kidding. The Iomega Zip Drive didn't exist until '94. In '93, it was floppy or nothing if you wanted a portable means of moving data.

Interestingly, older home computers of the '80s (like the Commodore 64) had the two affordable portable storage options of diskette and compact cassette. Windows PCs and Macs however didn't use tapes, so again, it was floppy or nothing if you wanted portable data storage.

I'll first say that my definition of portable data storage is physical storage media (meaning not a computer in itself) that fits in your pocket. I do not consider the internet itself to be portable data storage. Sure, you can store data to it, but to access the data you need to be connected to the network. If you don't have internet access for whatever reason, you don't have access to your files.

Has a portable 1TB finally become affordable in '23?

Where sticks, cards and slabs are concerned, here's how things fare out for now:

Slabs have busted under $100 for 1TB where general availability is concerned.

Sticks have also busted under 1TB, but you have to be really careful about what you buy because there are a lot of not-so honest sellers selling a claimed 1TB that actually aren't. When you browse the listings for those, if it's a generic brand, don't buy it. You have to go by brand to actually get that 1TB. Look for SanDisk, Kingston and PNY and you'll get a true 1TB.

Should you get 1TB of portable storage?

For the home computer, yes. Having 1TB you can just chuck in a drawer and use at any time is darned convenient.

For the phone, that all depends on your phone and if you're willing to spend slightly over $100 to get it.

Take for example the Samsung Galaxy A23, which was released March '22 and still current now in early '23. That phone supports up to 512GB, so you can't even use a 1TB memory card even if you wanted to.

Other Samsung phones do support up to a 1TB memory card (such as the Galaxy S20). But even so, some models newer than that don't.

My opinion when it comes to phone storage: Unless you take a ridiculous amount of photos and record a ton of videos, 128GB is fine for most people, 256GB is great and 512GB is awesome. Also remember that you don't necessarily have to have a ridiculous amount of storage in the phone itself. As long as you can connect a USB stick to it, there's always that option too for added storage (and it's easier to back up with since you can plug/unplug a USB stick whenever you want with no special tools).